To me stadium atmosphere is so much more important thans W's. And this is coming from someone from Boston. We have great atmosphere and are definitely among the best in atmosphere, but I wonder...if we weren't winning, would the seats still be filled? From an international level, I think Dortmund has to be up there. This was one of the most incredible things I've ever seen. You don't see things like this in the US. 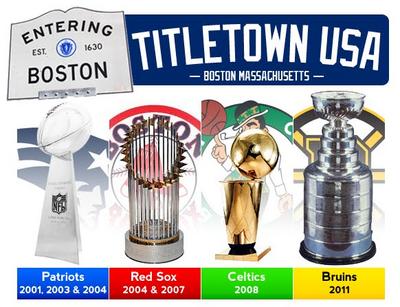 EASTIE21
Posts: 278 - Karma: 21
Karma: 21
Posts: 278
Loner
That was my point there. Sorry for coming off confusing there. I am not a Pitt native but I do have family from around Pitt. I remember going to games with Lemieux and Jagr and the fan base just wasn't the same. Sure they had a good following but nothing like they do now.
Jun 22 2013 11:03PM 0 0

only have the stats since the lockout but:

2005-2006: Boston tanked, didn't make the playoffs, attendance 92% (this high because first season after the lockout, everyone's attendance was high)

corona
Posts: 12412 - Karma: 28,518
Karma: 28,518
Posts: 12412
Crazy Fool
I mean compare that to a city like Toronto where it doesn't matter how shit poor the leafs are doing or whether they haven't made the playoffs in a decade, they're still selling out every single game.

"Fans have sold out Gillette Stadium for every Patriots home game since the $325 million, privately funded facility opened in 2002."

but you have to add in the Argonauts, which over the past decade are probably about 95-100%. then Toronto FC, which has easily averaged 90-95% since existence almost 10 years ago.

and all these teams besides the Argonauts have been absolute shit the past decade yet overall attendance in the city is still easily well over 90%.

oh but wait, baseball doesn't count because it doesn't work in favor of VinnieF's argument. And the pats don't count either because they don't suck.

Give it up, it has to be Boston.


What's the point of a city that sells out every game but doesn't win anything ever? Boston has consistently high ticket sales in all the sports, with consistent playoffs/finals appearances, and championships in all sports in the last decade.

Baseball:
Boston has been in the top 3 teams to have the best overall (home+away) attendance percentage since 2004, when they were 4th.

Toronto? Bottom three WORST from 2009-2012. And the Montreal ExpOHWAIT

icon1234
Posts: 3081 - Karma: 1,468
Karma: 1,468
Posts: 3081
Addict
Boston sports fans are by far the most disrespectful pieces of shit I have ever fucking scene. I hate every fucking team from Boston completely due to their fans.
Are they loyal to their teams? Sure. But in terms of giving respect to other teams, or if god forbid a player were to leave their precious team they crucify them as if they meant nothing at all to them, it just disgusts me.
I hate Boston.
If you want to talk about the most loyal sports fans who also imo aren't complete assclowns, def goes to cleveland. Man those guys are loyal and their teams always suck year after year.
Jun 23 2013 1:45AM 0 0

DingoSean
Posts: 23403 - Karma: 18,898
Karma: 18,898
Posts: 23403
@th1337
San Francisco fans are GARBAGE. Bay Area fans in GENERAL are garbage.
Giants = massive bandwagon. Easily as bad as Boston's or New Yorks. Oh? the teams losing? I HATE BASEBALL! STUPID SPORT. Teams winning? I FOLLOWED AND SUPPORTED FROM DAY ONE OMG..
That, and the hoards of fans showing up late and leaving early at both 49ers and giants games, complaining about loudmouth fans in the stadium who actually get up and cheer for their team? (My father was removed from a 49er game once for being too loud... is that possible?)
That shit is NOT what constitutes a good sports town.
Sharks fans? You can make the case there, but that's San Jose. That's like saying Anaheim is "LA" (I'm looking at you, Los Angeles Angels of Disneyland) The Warriors? That's a joke... PLUS they play in Oakland - a place white fuckers from San Mateo wouldn't step foot in because 'OH NO BLACK PEOPLE AND GANGS... I have never been to a sold out regular season warriors game. Period. It was only recently people started wearing their jerseys with any pride at all...
...Having lived in the Bay Area, and being a fan of these teams, i can solidly say that fans there are beyond awful for the most part. Raiders fans can't even sell out the stadium, and A's fans are left to mostly die-hards and get out-sold by bandwagon Giants fans and idiots with halfway hats... Stanfurd football? Didn't even sell out their brand new stadium for like 4 or 5 years till they started winning, and Cal can't even sell out when they ARE winning (games against USC and UCLA don't count) They actually lowered the capacity for shitsakes.
Ugh... So annoyed with bay area fans, let me tell you... And then right up the road in Sacramento, you have a fanbase that fights tooth and nail for their one single basketball team... and sells out games for them. THATS a sports town in my opinion...
/rant
Sparknotes: Bay Area fans are the worst in sports - the end.
Jun 23 2013 4:45AM 0 0


I seriously think everyone in this thread has a brain tumour.


The ONLY reason Boston is even considered is because their teams have been doing well. When their teams suck, the vast majority doesn't give a shit about them.

Also I was in not way saying Toronto is the best sports city. Just saying it would even deserve it more than Boston.

Their hockey, baseball, soccer, and basketball teams have all been absolute shit in the past decade, yet take the average out of the 4 and you still have 90+% attendance records. that's COUNTING baseball.

Then include their only team that actually does well, the Argonauts, who have nearly 100% attendance and you completely blow Boston out of the water.

Out of 5 teams for Toronto you have a similar attendance record for 4 in Boston. Didn't someone say more teams makes in more difficult to fill up arenas?

Then on top of that Toronto is having this awesome attendance while their teams sucks balls.


Did everyone miss the post showing Boston have shitty attendance when their NHL team was doing poorly, then have it spike right up when it started doing well?

That's the definition of fair weather fans. Unless you want to try blaming that on socio-economic problems..


You have to really have your head damn far up your ass to not see that Boston is NOT a great sports town.

Also why would you say only North American cities count??

JonasJuhler
Posts: 347 - Karma: 1,350
Karma: 1,350
Posts: 347
Loner
German cities has to be mentioned here. Even a team from the top of the 2nd Bundesliga in Germany can pull an attendance average of 55.000 people every year.
And don't even get me started on the attendance of the top teams. It isn't a coincidence that the champions league final was between dortmund and bayern
Jun 23 2013 10:37AM 0 0


ranging from about 15-25% in the past decade. That's way worse than the Jays!

I wonder why they have such terrible attendance. Could it be that the team sucks? or that nobody cares about soccer.


Either way, if you discount the MLS team, Toronto can discount the Jays and then there just isn't even a competition.

Also, where are you getting those figures from?? they're wrong.


Boston can be 100% and soon as you include their MLS team, which you have to, they're at 84%. FOr teams which are winning.