Shit's getting intense in Israel

AviadIL
Posts: 245 - Karma: 30
Karma: 30
Posts: 245
Loner
well some of you may have heard the IDF is currently attacking Gaza, and because mainstream media would not display a whole picture, i've decided to enlighten some things.
About 2 weeks ago, Hammas and other terrorist groups decided to check (again) how tolerant Israel would be with them firing rockets and heavy mortar shells on israeli town and cities. It started out as up to 10 rockets and shells per day, and increased every day just "a bit" more (believe me, i've been to places where it happened, these booms are not just "a bit")
During the last week, 25+ rockets and mortar shells were shot every single day- the trigger for the israeli attack.
on wednesday afternoon, the first attack was preformed- attacking very accurately the head of Hammas armed forces (Not a military chief as mainstream media said, he was the head of a TERROR GROUP) and started attacking places where rockets were hidden in.
Over 300 rockets have been launched towards Israel in the past 48 hours. Including 2 rockets to Tel-Aviv area (2nd largest city in Israel, biggest metropolis in Israel). I had a call last night telling me to stay available on phone because I might get called up for reserve service.
Just thought I should share this, because wars are crap and mainstream media portray them however they feel like..
Nov 16 2012 3:17AM 6 1

The world is at War (not surprisingly). There isn't exactly a New World Order but the world is split into 4 sectors -

1)The European Sector which is headed by the Royal Family of UK. The Vatican and half of Italy is practically destroyed through some event..
2) The Asian Sector constituting of China, India, Indonesia, and other Asian Countries. Japan is half submerged after the catastrophic earthquakes and megatsunami.
3) The North and South America Sector. America is practically battle torn and the west coast is completely destroyed from some mega event..
4) Independent countries are Australia, New Zealand, a couple fo small islands and Switzerland.

Oh and also, the Archons told me to expect something "Big" playing out in Israel this year in 2012."
___

PeppermillReno
Posts: 4039 - Karma: -530
Karma: -530
Posts: 4039
No Life
The thing people need to realize with Isreal is they are sort of screwed by the extreme right that exists over there. There won't be any peace movements because the moderate people aren't a voting majority anymore.
Basically those hasidic jews (dreadlock peeps) don't work (its in the Torah they can't or some shit) and basically their religion tells them they need to read the Torah all day and have at least one kid a year. So they are a formidible voting majority combined with the other right wing militant people (those who don't favor being peaceful with Palestine.) Not to mention they don't do the compulsory military service...yet policially they collectively wind up the arabs by wanting expansion and such and favoring aggressive stances to Palistine. So in terms of voting the normal people in Isreal are shrinking and therefore the country is getting more and more radical. When most of them would rather just have peace and to have the bombs stop going off.
Its a shit show. Not really my area of expertise though.
Like most of the world (America excluded I guess but India, SA, etc) shit would be a lot better if it was still a British Colony.
Nov 16 2012 4:44AM 0 0

Sit
Posts: 165 - Karma: 184
Karma: 184
Posts: 165
Pro
Can you please not make it sound like Israel are the people that are getting fucked over in this situation, and that we should feel sorry for them?

Yes, it would be scary as hell living somewhere that's being rocketed, and that sucks, but it's obvious who is getting screwed, and it sure as shit isn't Israel.

AviadIL
Posts: 245 - Karma: 30
Karma: 30
Posts: 245
Loner
seriously?
1. Israel is not dominated by extreme right-wing parties.
2. Torah, or as you would call it- the bible, does not say anywhere that you can't or should not work, it says you should!! +nothing that says you should have at least one child a year.. (brooklyn hasidics do work don't they?)
3. peace in the middle east won't exist because of israeli movements?
take 5 minutes of your time to watch this video that really explains the middle east conflict on a nutshell
[url]http://www.youtube.com/watch?v=63hTOaRu7h4[/url]
Left wing parties didn't have good enough leaders for a long time now, hence they were not elected to lead Israel. Likud, which is the party that currently leads the country, is a moderate right wing, not radical by any means (except, maybe, by it's financial views- they want the country to be more toward capitalistic and the majority of the citizens want more socialist finance)
As I live in Israel I could tell you from what I see right now- people don't give a shit about left/right in politics now- they just want to be safe even if it means going in on a big army operation or a war.
Nov 16 2012 6:15AM 0 0

AviadIL
Posts: 245 - Karma: 30
Karma: 30
Posts: 245
Loner
I'm not saying Israel is the only one getting screwed in this situation, but neither is Gaza..
people died on both sides,and that sucks.
It's definitely not the citizens fault on either side, but after Israel has tolerated 2 weeks of rocketing without responding, I say yes- Gaza should get fucked for that.
yesterday when a rocket hit in tel-aviv area, there was a government meeting in tel-aviv. obviously they stopped and went to shelters. could you imagine a governmental meeting in DC being stopped because they need to go to shelters? would this be tolerated?
Nov 16 2012 6:23AM 0 0

Sit
Posts: 165 - Karma: 184
Karma: 184
Posts: 165
Pro
Obviously firing those rockets isn't the answer, and retaliation from Israel is inevitable when it happens, and like I said it must be horrible, but already far more people have died in Gaza as a result of the counter-attack than the rockets in the first place.

Could you imagine being a refugee, just down the road from where your family has been living for generations? Wouldn't you want to do something about it?

I would feel far more sympathy if Israel would actually be more serious about trying to find a solution. Israel is so much more powerful than the Palestinians, and literally give them no options. While firing rockets isn't going to solve anything, what else are they supposed to do?

Phil-X-
Posts: 7204 - Karma: 14,320
Karma: 14,320
Posts: 7204
Crazy Fool
no^ We should feel bad for Israel because theyre another country that is actually developed and has similar views to the western world. Hamas hides their missile sites within civilian areas in order to maximize civilian casualties. When they attack Israel they do it for the soul purpose of retaliation and to look like the ones that are suffering, when in fact they egg on all the get. They have a sick culture that oppresses women and children.

Dont be fooled, if Israel was the one attacking Hamas nonstop there would be no Hamas. They have a developed military including a nuclear arsenal. When Israel occasionally strikes against hamas it is to take out terrorist leaders and weapon sites. When hamas strikes they try to kill whoever. 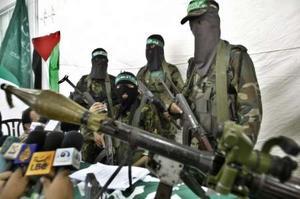 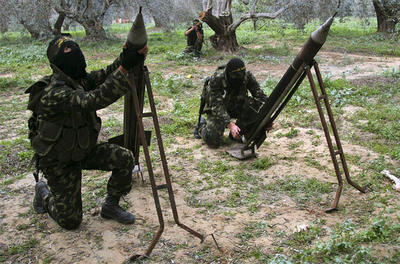 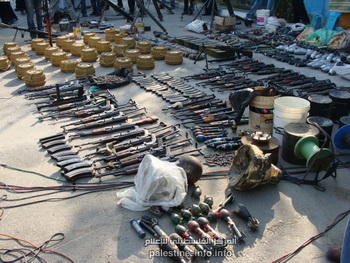 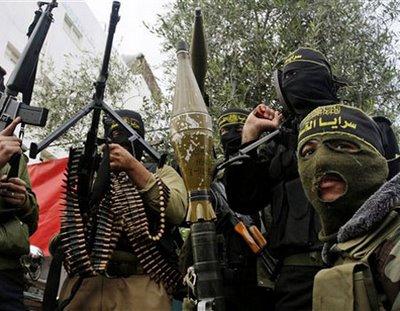 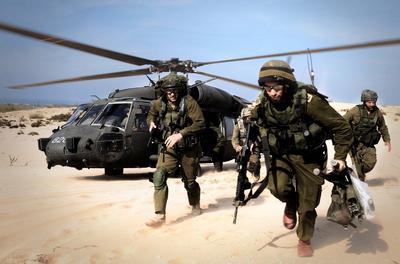 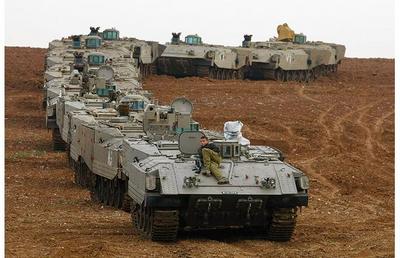 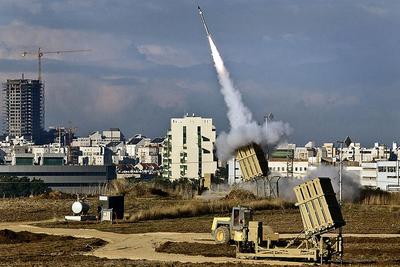 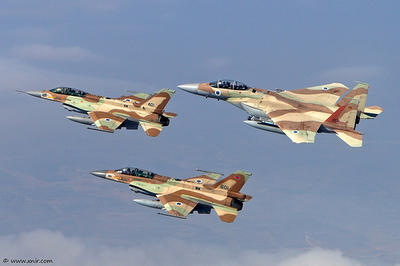 El_Barto.
Posts: 11618 - Karma: 24,071
Karma: 24,071
Posts: 11618
Crazy Fool
i feel bad for the jews...everyone throughout history has hated you guys so damn hard. Youre tough motherfuckers and youre gonna wreck shit over in derka derka jihadville just like you always have. Good luck and please finish the job with iran yourselves so we dont have to get involved
Nov 16 2012 10:42AM 0 0

I heatd something interesting. Last time israel fought Egypt the egyptians were using russian equipment, since they have been supplied by the US for the past few decades. So if israel and egypt go at it, who does the US choose to resupply?
Nov 16 2012 10:46AM 0 0

Dr.Gonzo
Posts: 2552 - Karma: 87
Karma: 87
Posts: 2552
Addict
Canada has already said that they'd support the Israelis in this conflict. Now that was from the minister of foreign affairs and he's pretty ambiguous with the things he says, but still i think if it was to escalate we would mobilize with the rest of NATO. honestly i don't know much about the polotics their but the gaze strip kind of seems like an asshole.
Nov 16 2012 10:57AM 0 0 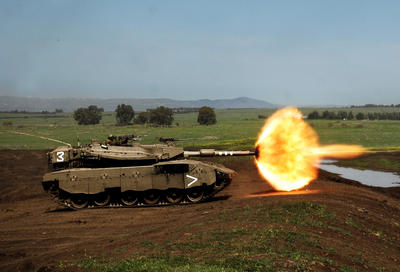 MLB
Posts: 4462 - Karma: 299
Karma: 299
Posts: 4462
No Life
He doesn't hate Israel, he just believes that going into another war after getting out of the two most expensive and useless conflicts in US history is just plain stupid. Israel is trying to claim the Gaza Strip as their own, forcibly outing Palestinians and installing illegal Jewish settlements. No offense...... but if Americans were moving into Canada and claiming it was the 51st state I would be fucking pissed too.
Nov 16 2012 11:18AM 0 0

Laurent.
Posts: 10054 - Karma: 25,243
Karma: 25,243
Posts: 10054
Crazy Fool
[/img]I never really understood why Hamas is so determinted to excecute their Jihad against Israel.
In terms of militairy prowess it's like a raging firebreathing dragon vs a fly with severed wings.

And I realy hate the media in this conflict, every other source contradicts one and another.

The IDF twitter is hilarious and slightly unreal at the same time, it's like a 14-year old kid smaktalkting on Halo. 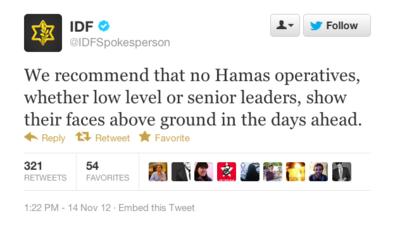 brosephstalin
Posts: 429 - Karma: 8
Karma: 8
Posts: 429
Ridiculous
Most of you have the timeline wrong. About a week ago, Israeli's killed a couple teenage Palestinian boys playing soccer during a daily raid in Gaza. Hamas, retaliated by firing rockets. Then IDF decided to escalate by killing Hamas military commander and 20 other civilians with airstrikes.
Nov 16 2012 12:18PM 0 0

brosephstalin
Posts: 429 - Karma: 8
Karma: 8
Posts: 429
Ridiculous
Hamas isn't a terrorist organization, it's a national liberation resistance movement. You guys do know that Gaza is occupied by the Israeli's right?
How would you feel if the Chinese came over and occupied California, would none of you take up arms and defend your country and homeland?
Nov 16 2012 12:22PM 0 0

I'm in no way supporting Hamas, but the Israelis really did bring it upon themselves in the first place. (in conjunction with the UN, of course)

Already when the "Holy Land" was reclaimed for the Jews after WWII that displaced thousands and thousands of Palestinians who have been there for hundreds upon hundreds of years. The land was rightfully theirs. Then all was fine and dandy, but through minor spats of violence from those who were displaced Israel kept advancing their territories further and further. Really if they kept it as it was first formed and dealt with the minor violence in stride, by now it would be completely peaceful (probably) and Hamas would never have been formed.

So really, Israel only has themselves to blame for the mortars and rockets being fired against them. They are, in a way, the 'bad guy'. But what did Churchill say? "history is written by the victor". Palestinians will always been seen as the evil. Really you should try to understand their position though.

I am in no way saying the attacks are justified though. None of the violence in that area is justified. But here in the Western world we seem to have a very pro-Jewish outlook that completely clouds the true causes. What we see is "terrorist attack Israel, Israel rightly and justly defends itself, terrorists started it" 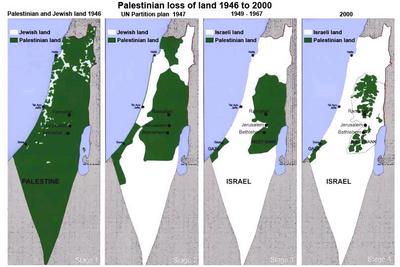 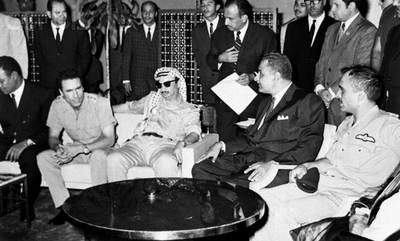 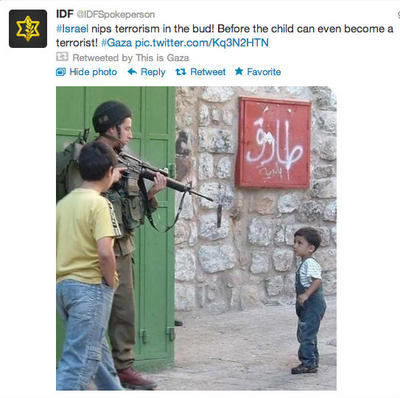