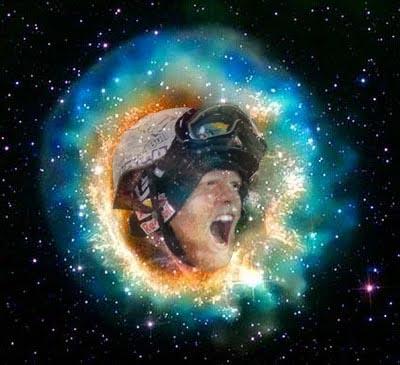 On the 2nd day from the waters he fashioned show, and saw that this was good

On the third day he created weed, and saw that this was good 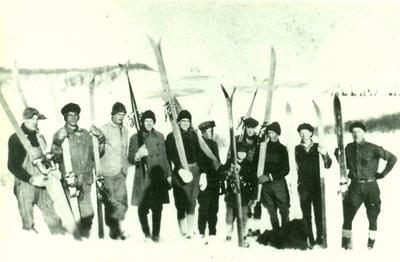 Newschool skiing began in 1825 when General Custer discovered strange shapes of buffalo bones in Native American encampments after he slaughtered the villagers. Custer was, of course, an avid skier but he had never seen skis that curved up in the tail. He designed a pair of skis to model the curved tail because he dreamed of being able to ski backwards. Later that year, after he built a considerable number of houses in California, Custer brought his skis up to Donner Pass in CA and tested his new prototypes.
After promptly landing a Cork 1260 which required him to land backwards, Custer knew he had created an incredible sport. Moving forward 136 years, Custer was fed up with the lack of coverage his sport was getting. He proceeded to turn FIS which was originally an organization started by him (Fuck Indians and Shit) into Federation International de Ski. Yeah, bitch spoke French. He pushed for skiing to be featured in the XGames and before long it had transformed from an unknown sport to a very very unpopular and not well known support. Custer died a happy man in 2006.
In 1999, newschoolers.com formed as a haven for 14-17 year old boys who were struggling with Marijuana dependancy. It later turned into a skiing website and the average age decreased by 12 percent.
In 2002, skiers began dressing like black people in hope of having the smooth styling of many famous hip hop stars. This failed, yet the tradition of dressing in baggy clothing stuck around through the present day. Many are turned off by Newschool skiing because many of the people who partake in the sport look like huge faggots. Custer formed the sport as a white supremacy sport for he did not like any other races, therefore the sport was never successfully integrated with hip hop culture to the chagrin of about 10,000 14 year olds across the nation
In 2009, in hope of bringing more exposure to Newschool skiing, Custer's great great grandson, Drater, spread a rumor of a massively complicated newschool skiing game called Jib Life. Jib Life was the greatest trolling event in Newschool skiing history. It never even existed. Drater learned what his name mean when spelled backwards and he promptly committed suicide by joining the EpicSki forums.

Now, back then, there was the Earth, and the Pillow Garden of Eden. And that was all. But Jah got bored and put T HALL in the garden. T HALL could hit anything he wanted except Chad's Gap, and had all the pillow lines and epic pow in the world.
But T HALL got greedy, and bored, and susceptible to the charms of the FIS bird. It chirped in his ear and told him to hit it. What harm could come? So T HALL hit it. But this angered Jah, and he slowed the inrun, so when T HALL attempted the sw 9, he came up short and broke his ankles. T HALL was in great pain, and in his shame and anguish, called up to Jah, "My ankles! My ankles are broken!" And Jah, finding pity on Tanner, allowed him to recover. But he first took out some of his ankle bones and fashioned a woman out of them. That is why T HALL has metal in his ankles to this day. He also banished T HALL from the Pillow Garden of Eden and into the wild earth.
There he and the woman wandered for many years, and had many children, lost in the wastelands, searching for the pillows again. They populated the world and founded many great mountains. But there was always great dischord, and some of his sons killed each other over the shiny medals in the competitions.
This angered Jah once more, and he told two descendent of Tanner's, the B-Dog and E-Dollo, to build an ark fifty ski lengths by twenty ski lengths, and put into it every type of righteous skier in the world. He then sent down a great rainstorm that washed away all the snow. They floated on their boat for forty days and forty nights, until they finally spied a single ganja plant in the distance, growing tall and strong. And landed upon the rocks, and repopulated the earth once more. And Jah spoke from the heavens, declaring a new form of skiing: freestyle.
For many generations, these people skied happily together, hitting the bumps, hot dogging and going fast. But as time went by, they again turned to worshiping gold medallions and shiny trophies, and turned away from the righteous path of Jah.
Back in those days, there were many shepherds. One of these was named Shane. He herded his sheep around the east coast on beat up old skis. But one day he came across a burning pile of snow, which puzzled him. But through this pile of snow, Jah spoke, and told him to gather the people and bring them to the top of the mountain.
There, atop Mt. Inspired, Jah handed down the Ten Commandments of steeze to Shane.
1. Thou shalt not ski for money or fame
2. Thou shalt not kill they brother unless for first chair
3. Thou shalt not covet thy brother's line
4. Thou shalt not covet thy brother's style
5. Thou shalt not do tricks defined by others
6. Thou shalt not compare thy tricks in competition
7. Thou shalt not worship other gods before me
8. Thou shall have fun
9. Thou shall smoke many blunts
10. Thou shall be inspired

And then the lord said: ski down to them, naked, bearing this tablet, and be cleansed. 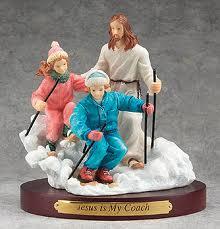 Back many years ago, an American named Steve Stepp found Jah at a Waka Flocka Flame show in Boston, and formed his own religion. He called it Steptism, and he and his followers spread it as they moved west to Colorado. Their book was known as the Book of Stept. Their church, the mysterious Stept Productions.

Here are some excerpts:
And the Lord said unto Steve, "I shall give unto you the gift of trap music." And Steve raised his voice in praise to the Lord and made many sacrifices of gapers upon the mountains. This pleased the Lord, and he gave unto Steve other gifts. Said the Lord unto Steve, "I shall give unto thee this kratom plant. And thou shalt pass its seed down to your children, and to your children's children."
Stept 2:3

Steve tended his kratom plants happily, until one day the Lord called upon him once more. "Thou shalt slide upon the railings and fly from the jumps." And Steve was frightened, because he did not know the meaning of the Lord's words. So he hid in a crevasse. But the Lord found him there, because the Lord is mighty. And the Lord was displeased. "I take from thee thy kratom, and punish thee to walk the world in black. And though shalt be known as Black Steve."
Stept 2:4

Jeebus.
Posts: 4904 - Karma: 5,817
Karma: 5,817
Posts: 4904
No Life
After he created the earth, he sat upon mount zion and saw something on a far away mountain. It looked to be a jump with a gap of about 120 feet. After a hit from his bong he proceeded to seek out the gap. The gap proved to be longer than he originally thought and the creators speed was too slow. His holiness came up short and knuckled the landing, and broke his ankles. It is said that on that day that the unholy ski patrol blew it up, and never would anyone be able to find the gap from the bottom of the mountain which became known as Alta.
Jan 16 2013 1:58AM 0 0

newnewschool
Posts: 400 - Karma: 439
Karma: 439
Posts: 400
Ridiculous
it all started when tanner hall created the universe. and all was peaceful and good. but the first two skiers were tempted by the devil in the form of a redheaded snowboarder, Shaun White, who promised more style than skiers. Unfortunately they took the devils offer and from that day on it has been good vs evil. Once the snowboarders enslaved the skiers, and almost wiped them out. But Tom Wallisch parted the snow and freed Hall's people from them. He brought commandments that said:
Thou shalt not cut someone off
Thou shalt not stop in front of a jump
Thou shalt not snowboard
Thou shall respect thy elders of style
and help the lesser
Thou shalt not covet thy neighbors jacket skis style or girlfriend, unless she is really hot
and then the religion of newschoolers was founded.
Jan 16 2013 4:25AM 0 0