iF3 "All Girls" Stream 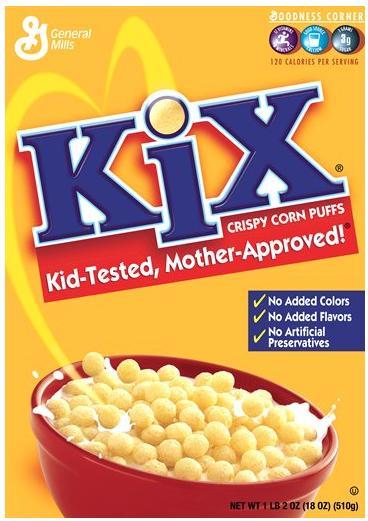 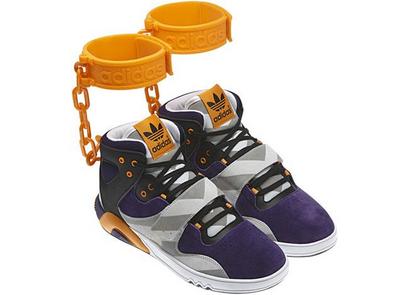 KravtZ
Posts: 6637 - Karma: 2,604
Karma: 2,604
Posts: 6637
No Life
its absurd people honestly still care about this racist bull shit. Im going to say it. Blacks are the most racist people out there. Everything has to do with slavery , etc. Get over it. While this shoe is kinda fucked up a little bit, there are obviously people out there who wanted them. And the fact that blacks thought this shoe was to racist to be released is rediculous. Slavery is long over, and blacks have equal rights. There is no reason this shoe shouldnt be released
Jun 19 2012 3:50PM 0 0

Ski_the_east01
Posts: 5203 - Karma: 2,317
Karma: 2,317
Posts: 5203
No Life
I agree with most of what you said, but disagree with the way you said it.
I hate hearing the excuse "oh my great great great great great grandfather was a slave worked his whole life without getting paid"
well now millions of african americans get paid without working. You're life isn't bad because of something that happened a few hundred years ago, stop making fucking excuses
Jun 19 2012 4:03PM 0 0

bdarb207
Posts: 3057 - Karma: 435
Karma: 435
Posts: 3057
Addict
The attempt to commercialize and make popular more than 200 years of human degradation, where blacks were considered three-fifths human by our Constitution is offensive, appalling and insensitive... Yeah because that's what hey meant to do. Give me a fuckjng break. Go looking for racism and you'll find it easy as that.
Jun 19 2012 4:04PM 0 0

iSmokeweed
Posts: 4792 - Karma: 1,361
Karma: 1,361
Posts: 4792
No Life
"Wow obviously there was no one of color in the room when the marketing/product team ok'd this," said a commenter, identifying herself as MsRodwell on nicekicks.com."
a. not all of adidas market is the US
b. not all slaves are black, or even of color.
c. whores wear shackles now-a-days, not slaves
d. WHO THE FUCK WAS A SLAVE AND IS STILL ALIVE.
MAKE THE FUCKING SHOE AND STOP BEING SO DAMN SENSITIVE BECAUSE YOUR GREAT GREAT GREAT GREAT GRANDFATHER WORKED A COTTON FIELD.
Jun 19 2012 5:22PM 0 0

"Wow obviously there was no one of color in the room when the marketing/product team ok'd this," said a commenter, identifying herself as MsRodwell on nicekicks.com.

AWALLRUS.
Posts: 5762 - Karma: 214
Karma: 214
Posts: 5762
No Life
HAHAHAHA those are hillarious. I saw the picture and was going to post a black joke in this thread, then I read on and realized that was the whole controversy.
people are so fucking sensitive.
even though they are
-purple/orange
-look like basketball shoes
-velcrow
Jun 19 2012 5:42PM 0 0

Hatsnballs
Posts: 826 - Karma: 2,045
Karma: 2,045
Posts: 826
Insane
Seriously just by stating something like this is racist. It's these kinda people who keep stereotypes alive because they try to tiptoe around it.

bdarb207
Posts: 3057 - Karma: 435
Karma: 435
Posts: 3057
Addict
So much this^. Somewhat related, my ammamateur this year just changed from the redskins to the Spartans because native Americans were upset. When I was there years back we were the resskins but couldn't put the logo on anything at all. Gyms, t shirts athletic stuff nothing. In the newspaper they just referred to us as Sanford. We joked we were the fighting "S" because that's all that went on anything. Thoughts?
Jun 19 2012 5:55PM 0 0

AWALLRUS.
Posts: 5762 - Karma: 214
Karma: 214
Posts: 5762
No Life
if your logo was the same as the actual redskins then it's kind of racist.
but I don't see why redskins is an offensive name for a team, shouldn't the natives be proud that someone is using that name? (they are not actually redskins, they're native americans, according to them)
usually school team names are supposed to be somewhat intimidating and whatnot (ie. lions, bears, spartans, warriors) so why would they be offended?
I'd be proud if some school's team name was the _____ whiteboys and the mascot was like, jerry springer or something. but who cares what white people think, it's all about the minorities. attention whores.
Jun 19 2012 6:01PM 0 0

Amadeus.
Posts: 3050 - Karma: 381
Karma: 381
Posts: 3050
Addict
Slavery is long over, but the subjugation and oppression of blacks is still really prominent in America. I definitely think its a stretch to deem these shoes racists, but its not ridiculous that people would be pissed about it.

It is hard for us white people to imagine the emotional and psychological impact of being black in America. Not to mention that even though slavery happened over 150-200 years ago, blacks didn't fully become equal citizens until the civil rights act of 1964. The impact on blacks financially was immense and slavery as well as jim crowe discrimination really stunted the growth of African American s, and has had serious long term effects on the black community.

Also its not just african americans, it effects anyone who has been enslaved or groups of people who have been enslave before.

It seems like you think the shoes are okay because slavery and black oppression happened so long ago and now blacks are equal. So would you be okay and support a shoe that had a swastika on it (red black and white)? A swastika doesnt necessarily connote the Nazis because it is a popular hindu symbol. Or how about apparel with the thunderbird logo on it? Seems like it has just as equal footing in your view as shackles.
Jun 19 2012 7:08PM 0 0

Nathn
Posts: 2408 - Karma: 63
Karma: 63
Posts: 2408
Addict
I usually expect more intelligent responses on NS
This thread makes me feel terrible as a person and I'm white.
Get over slavery because it was your great great grandfather and not you? Just deal with slavery? Are you fucking joking me?
Let's forget about 9/11 too while we're at it, get over it.
Fuck you^^^^
You should know if I'm talking about you or not.
Jun 22 2012 4:07AM 0 0

ChocolateMilk.
Posts: 1129 - Karma: 214
Karma: 214
Posts: 1129
Insane
Should i hate every Japanese too because they attacked pearl harbor?
Shut the fuck up clearly a large company didn't make these shoes to be racist while I'm sure a large portion of their costumer base is African American.
Your unintelligent scum.
/rant.

deleted2
Posts: 958 - Karma: 107
Karma: 107
Posts: 958
Insane
So you're saying that since i'm Jewish, I should protest any Adidas Shoe that is black, white, and red? Just because it's a German brand and those were the Nazi colors? Or I should be offended by these shoes because we were enslaved by the Egyptians long before the African Americans were enslaved by the Europeans and Americans?
Jun 22 2012 10:25AM 0 0
All times are Eastern (-4)