Has cork lost it's meaning?

Afterbang.no
Posts: 1105 - Karma: 4,295
Karma: 4,295
Posts: 1105
Insane
Since when was cork and flip the same?
This is perhaps a worse phenomenon in snowboarding, but I notice it on the ski side, too! Especially in the media!
People are landing more new triples at the time, and the headline reads "New tripplecork", and with the article follows a movie without a single cork, but with that now, Jørn Simen Aabøs Tripple frontside RODEO!
Last year, Torstein Horgom won x games (2011) with tripplecork, which was actually a triple backflip 180, or not to mention Tom Wallish Dew Tour runs which consists of more than just corks!
I also notice when I follow the slopestyle competition on TV, skiing and snowboarding, that all double flips are called cork, regardless of whether the athlete pulls the flip sideways, forwards or backwards!
As if that's not enough, I also see pretty corks that can only bereferred to as a simple spin, "nice 900, 1080 etc" (but he should have dipped his head benith his body once or twice, judges like that!) something that seems quite contradictory.
This is gonna get so much worse in the olympics as well!
How hard can it be to hire a reporter who can name the tricks, or find someone in each case bothered to do a reserch?

and wallisch's switch dub 10s are usually called rodeos as they should be and they get bobby's switch dub misties right but everything else is fucked
May 10 2012 9:53PM 0 0

GrabsForFun
Posts: 1378 - Karma: 394
Karma: 394
Posts: 1378
Insane
I remember when Brown did his dirst triple flat (sort of) 10 and in every article it said triple cork...
It also bugs me that there are so few "real" double corks, too often it´s a cork 7 to lincon or something like that

weirdbeard
Posts: 62 - Karma: 9
Karma: 9
Posts: 62
Wannabe
Now people that think they are good and know a lot about skiing really dont so they try yo name tricks when it is totally wrong. For example one time i was skiing and someone did a 3 and someone said nice iron cross.
May 11 2012 9:05PM 0 0

What announcer were you listening to?  At first he called it a dub rodeo 10, then corrected himself to a dub flat 10...   Luke is the best, hands down, he was/is a professional skier. 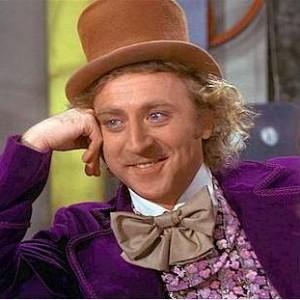 I just wanna yell, "he went completely upside down, how is that a cork you dumb fucks, maybe if you stopped sucking off shaun white you'd learn the difference."