Korny jokes that took you a secondd...

they both get clubbed by norwegians.

FapMasterFLEX
Posts: 602 - Karma: 310
Karma: 310
Posts: 602
Ridiculous
So theres a Drunk, a Queer and a Car Thief.. and they are told that if they drink, screw a man or steal a car one more time they would be killed. So there all walking down the street and the Car thief sees a Lamborghini stopped with the keys in and the door open he runs over to it, gets in and POOF hes gone... So then the Queer and Drunk are at an intersection and the drunk sees a bottle of wine he bends down to get it and POOF The Faggot is gone..

a lawyer and a IRS agent are drowing


nothing it just waves

how does a welshman find a sheep in tall grass

A doctor is checking up on his mental patients. Opens the first door and there is a guy sitting in a chair acting as if he is driving a car frantically. The doctor asks what are you doing.  Guy reponds I'm going to drive right the fuck out of here. Doctor say ok and goes to the next door. Opens it up and finds this man frantically rowing a boat sitting in a chair.  Doctor asks what he is doing.  The man responds I'm going to row right out the front door of this fucking place.  Doctor says ok and goes to his third door. Opens it up and sees this man bouncing a peanut on his dick.  Doctor asks what he is doing and the man responds... I'm fucking nuts and I'm not going anywhere!!! 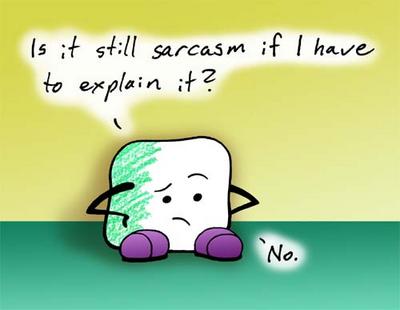 I_Am_Mod
Posts: 13214 - Karma: 3,731
Karma: 3,731
Posts: 13214
Crazy Fool
A squirrel walks into a bar and orders a beer.
The bartender brings the beer and the squirrel says: "Give those ladies over there and yourself one as well!"
The bartender hapily accepts the beer and brings some over to the ladies as well.
A bit later the squirrel is in for another beer; he says to the bartender: "Give everybody a beer! and take one yourself!"
My oh my, the bartender has never had such a good customer, this must be one of the best nights for his bar ever!
The squirrel Starts partying and buying people drinks.
Every time he orders drinks for everyone he insists the bartender takes one for himself as well!
He Truly is the best squirrel EVER!
Everyone in the village loves the squirrel and wants to hang out with him!
Several beer kegs later the bar is about to close, everyone is going home.
The squirrel steps out as well and the bartender comes running after the squirrel and says he still has to pay the bill!
The squirrel replies: "Don't you know, squirrels don't pay for drinks!"
Long story short, the bartender beats up the squirrel...
The squirrel, all beaten up and bleeding retreats back into his hollow treetrunk to sleep out...
The next day the squirrel goes back to the bar.
All beaten up, he still has a broken tail, a black eye, crushed nuts (he was carrying some peanuts) and a broken paw.
The squirrel takes a seat at the bar and says to the bartender: Give me a beer and those ladies over there as well!
The bartender furiously replies: "Who the hell do you think you are?! coming in here and buying everybody drinks without paying; you didn't even give me a drink this time !"
The squirrel replies: "I don't give you drinks anymore; you get agressive when you've been drinking!"
Jan 9 2010 9:43AM 0 0

What's the differnece between Jews and Boy Scouts?

Boy Scouts come back from camp.

because the pilot was a loaf of bread

All over my lap when I'm driving

A piece of rope walks into a bar, and is promptly ordered to leave. So he goes out behind the bar and asks a hobo to tie him up and beat him.

He then walks back into the bar and the bartender asks  "Hey arent you the same piece of rope i just kicked out of here?"

To this the rope replies, "No, Im afraid not."

In case he gets a hole in 1

What's the difference between a dead baby and a trampoline?
I take my boots off before jumping on the trampoline.