The 2021 Tyrolia Attack² 16, a park skiing binding. A preview of Tyrolia's lightest and easiest to step in expert level binding, plus weight and full specs. 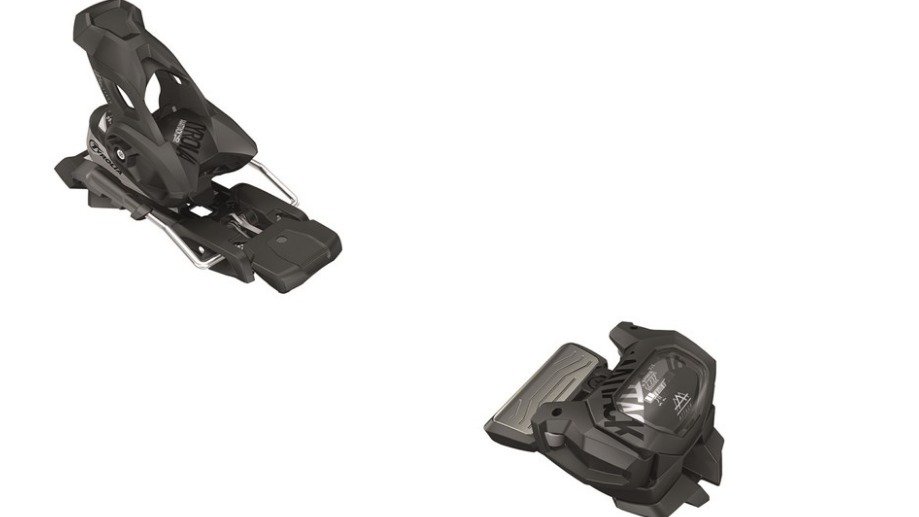 Newschoolers Review:
As the saying goes, opinions on bindings are like arseholes, everyone has one. And everyone has their reasons too, but my favourites are the Attack series, particularly the 16s. I have no need to go up to an 18 Din binding, in fact, the Attack 13 has always done a perfectly good job for me (though other 13 Dins haven't always), but I like that extra secure feeling I get when clicking in on the 16.

I prefer them to other options because they are so simple, solid and light... oh and the heel pieces don't rip you a second arsehole if you land backseat (unlike the Griffon/Jester/Pivot... that's arsehole used twice in one review, I swear this isn't a drinking game). The main appeal to me is that there isn't much to go wrong with them because they are so simple. There isn't much to manually adjust (unlike STH), they are super easy to get in to in awkward spots (unlike the FKS/Pivot), the important components of the heel on the 16 are all metal and as such I have had no issues with durability thus far. I find the release super consistent too, which I haven't with STHs and a couple of others set at the same DIN.

They do have (potential) downsides, however: the brake screws directly in to the ski, which means if you break them, you need to take the heelpiece off. That could get really annoying if you snap a lot of brakes, but I don't. The new Tyrolia brakes (past 2 years I believe) seem to bend pretty easily but not break, and they also bend back happily enough.

The Attack series also need mounting well because the forward pressure is set by moving the heelpiece along a track. That means if you don't mount accurately, it can be impossible to get it perfect. There are definite advantages to using a wormscrew to micro-adjust pressure post mounting as many other bindings do, so you can get it spot on every time. You'll always be within the tolerance range on the attack but that can be a mental issue and on the 13 I did find I got some odd releases when my forward pressure was too low.

For me though, these quibbles are far outweighed by the positives and I find them the most user-friendly day to day option. It's also a plus that, in Europe at least, they can usually be found cheaper than the competition too. - Twig

The Tyrolia Attack² 16 GW Ski Bindings are among the lightest and easiest to step in to expert level bindings on the market. Super secure, super easy to use regardless of snow depth, and utterly reliable when the conditions are burly, the Attack² 16 GW is a quiet force in the expert binding market and is now compatible with both ISO 5355 Alpine and GripWalk soles.