Source on these two lines?

ShadowXVX
Posts: 195 - Karma: 821
Karma: 821
Posts: 195
Pro
I want to know where these two lines are, what ski films or videos (if any) they appear in, etc. One is clearly Ian Macintosh since it's labeled. The other one is likely him too because he's one of the few people routinely skiing lines like this. I just want more details on these two pics. 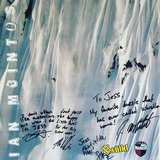 TRVP_ANGELtheyre both from the same shot. ian mcintosh, juneau AK. not sure which tgr film it is tho

Are you sure they're the same? Looks like he has black sleeves in one and yellow sleeves in the other. You might be right though, he's too small in the pics to tell for sure. I'll look around the internet and TGR films and see what I can come up with from the info you provided. Thanks.

Edit: I tracked down the first pic. One For The Road at 55:16. Pretty sure the second pic is not from the same spot, and probably not even the same year since he's dressed different. I did find something else with Ian wearing the same colors as the second pic from early 2015 so I am thinking maybe that pic is from Paradise Waits or Almost Ablaze. I'll have to watch those when I get a chance.