theabortionator
Posts: 43518
Karma: 1802639
Posts: 43518
Basement Dweller
Me and two buddies designed and built the setup for the smith grudge match at buttermilk. The park crew were lazy fucks and nobody wanted to be bothered with it. We wanted to do something solid even if it was just us. I threw down two pretty solid initial sketchups for options but unfortunately a lot of the features there were fucked. Had some dope shit like pole jam to wallride redirect, close outs/ins, etc. Spent a bunch of time searching the mountain for usable features and had to pull an audible and kind of wing it. We had 2 days to build and one of them was a complete rain day. Was stoked we got it done, and how it came out. Not one of my favorite seasons but a build that I'll remember. Also the 2 grave cat operators I was working with are some homies and damn solid even though we all bounced after the season and one isn't even in the industry anymore after that bullshit season.

Coulda been cleaner but just didn't have the time. I think our chainsaw was broken as well because I did all the cuts with a shovel. We were going to put a channel gap in through the hitchin' post setup below but again, just no time.

Darling in the franxx is a good anime

Edit: For whatever reason I changed my prof pic weeks ago but NS won't update

DeebieSkeebies
Posts: 28747
Karma: 273549
Posts: 28747
@th1337
one of the only photos of me skiing and it was somehow taken by Snowbird's social media protographer or whatever, and wound up on their soooshul meeedia feeedz. 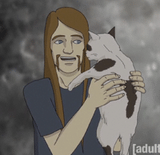 lmmccCuz Kermit the frog in a hood that's why.

BigPurpleSkiSuit
Posts: 3209
Karma: 14029
Posts: 3209
Addict
Had Gotten back together with my awesome GF when I had changed it to this, and it stuck. Not changing it at all anymore.

Chubz.ITT: people who don't know the difference between their ICON and Profile Picture.