HELP!!! I need some insight about what to do with my broken edge

FightClub27
Posts: 486 - Karma: 416
Karma: 416
Posts: 486
Ridiculous
So of course like every other park skier, I have a good amount of edge cracks on my skis but never really pay any attention to them. but about halfway through the season one of my cracks became a little more than just a crack and now its really scaring me! as you can see in the pictures, the edge is popping out, against the grain. 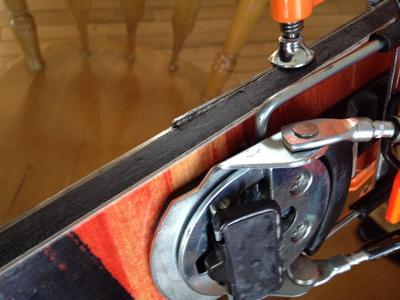 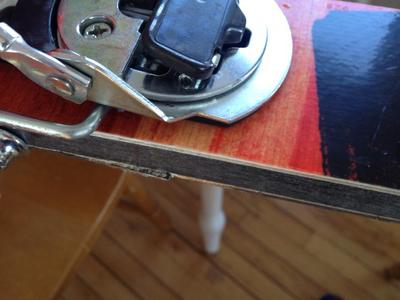 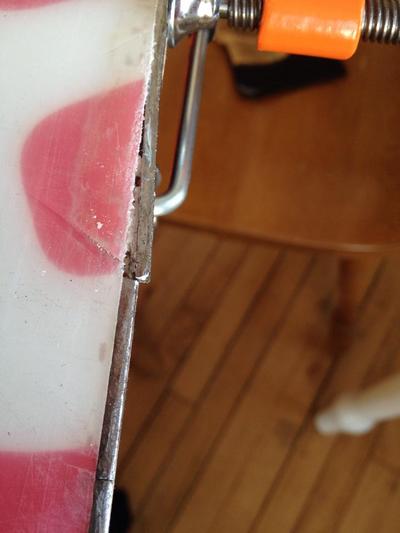 Things I've tried:
-Hammering it back in
-epoxy the edge back in and clamp for 2 days
-I tried to stop the bleeding by just cutting about an inch of the edge off and fill it in with something but ON3P has some wicked hard edges and i couldn't even dent the edge with a hack saw
-Praying
everything has failed and Ive run out of ideas. my next idea was pretty major so I figured I should ask someone more knowledgeable than myself first but i was thinking of cutting the base back and bending the edge back in toward the ski to bend it back into place, and then epoxy it again. Ive felt it catch on things and it definitely had the potential to get worse and pull out more edge
Any help? Thanks
Apr 4 2014 5:33PM 5 0

Skroob
Posts: 266 - Karma: 69
Karma: 69
Posts: 266
Loner
I lost about 1.5 inches of edge on a pair of mantras, you need to first cut out the piece of base that is covering the screw holes from your edge.  Then place edge back into place fill with epoxy til you only have about .25 inches til the epoxy is flush with base.  Clamp in place and let dry then fill remaining hole with p-tex.  Not sure if this will work for you as my piece of missing edge was at the tip of my ski but worked fine for me.

iggyskier
Posts: 10317 - Karma: 6,992
Karma: 6,992
Posts: 10317
Crazy Fool
Honestly, getting stuff like that to re-bond is super difficult. It is a lot easier and usually stronger to just cut the edge out, seal it up, and keep skiing without the edge.

.squirrely.
Posts: 7476 - Karma: 6,653
Karma: 6,653
Posts: 7476
Crazy Fool
based on my experience with edges, no matter what you do with a edge crack or rip out once its gone you cant fix it, if you ski primarily park. if its just a park ski then id cut off the piece sticking out so it doesnt catch, and dull the area with a diamond stone or something of the like. youll be missing maybe an half inch of edge but ive never been able to tell a difference.
Apr 5 2014 8:13AM 0 0
All times are Eastern (-5)