Same photo or not?

Noddard
Posts: 2626 - Karma: 3,616
Karma: 3,616
Posts: 2626
Addict
What do you guys think did Full Tilt use this photo on the Tom Wallisch pro model boot or not?  Wallisch seems to think this is not the photo.  The issue is that Full Tilt did not have permission to use the photo, and the photographer found out!  SAME? or NOT? 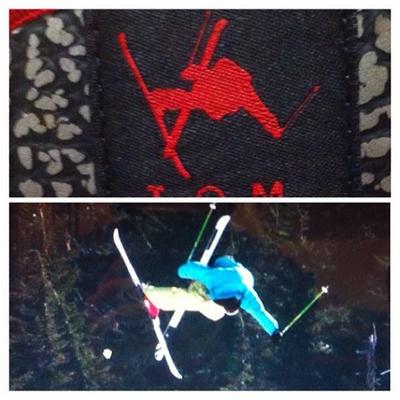 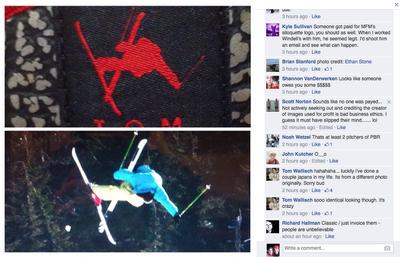 Here they are fitted together

but yea those are the same.

Noddard
Posts: 2626 - Karma: 3,616
Karma: 3,616
Posts: 2626
Addict
I can respect that, but it sure does seem like the same photo.  I mean how many photos from the angle can exist of tom wallisch?  It's possible it's a different photo, but seems unlikely to me that the exact same trick angle and pose exists.

Either way, like someone else said ^^, making a logo from another photo might not exactly be considered stealing when someone with decent illustrator skills could make that same object by just looking at the photo.
Mar 14 2014 12:23AM 13 1

VAPEOREON
Posts: 458 - Karma: 781
Karma: 781
Posts: 458
Ridiculous
The guy took a photo of tom wallisch and now hes trying to sue tom for using the photo he took of him?
If this wasnt ridiculous enough the guy seems to think that tom throws all his japans differently therefor it must be his? Tom is a talented rider but that doesnt mean his japan is always different, tom probably throws all his japan grabs like that if hes comfortable with them. all my spins with grabs look the same on any jump in a photo as i always set the spin and grab the same way. now that weve determined he throws them all the same, with all the probably thousands of pics taken of wallisch doing japan grabs in his lifetime wouldnt many be of the same angle? its not even an unusual or unique angle of the shot, honestly id think a photo in that common angle with tom doing that common grab seems like itd happen all the time.
Mar 14 2014 2:15AM 5 21

nutz.
Posts: 3149 - Karma: 6,675
Karma: 6,675
Posts: 3149
Addict
You're jumping to conclusions here... Ethan said nothing about suing him. If it did really come from Ethan's photo, sometimes it's just nice to be in the loop when it's your image. Also according to your logic, photographer's shouldn't be paid anything for the photos they take of other people/, which is not true at all.
Also, you might think you throw the same exact grab every time (the way your clothes move, pole position etc.) , making any picture people take of you in the exact same location in the exact same angle the same but in reality you don't. That would be near impossible actually.
All this being said, the logo doesn't match up perfectly, although to me it looks exactly the same.... I really want to see the photo Tom says it's taken from though (it'd end this debate once and for all anyways).
Mar 14 2014 3:35AM 7 2 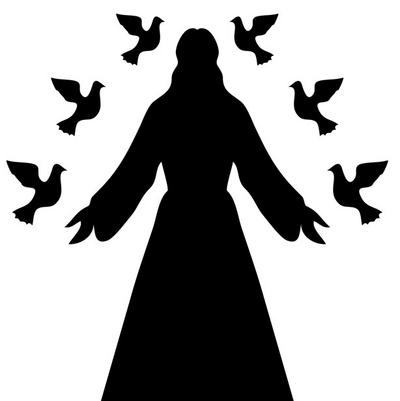 This deserves to be used as a tribute to that 2009 Joss edit. 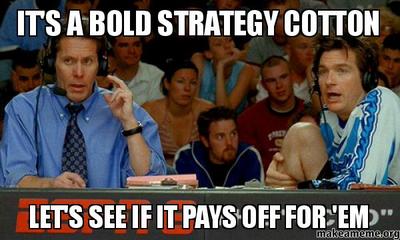 steez_nuts
Posts: 222 - Karma: 24
Karma: 24
Posts: 222
Loner
People don't think this is a big deal but it could be depending on who it is. It is a PROPERTY RIGHTS issue and if someone else is making money off of your work and does not have permission and is not compensating the photographer than that is illegal. The picture looks the same but I can't imagine an international company wouldn't have a legal department that would verify this before it was put on thousands of boots.
Mar 14 2014 11:29AM 4 1 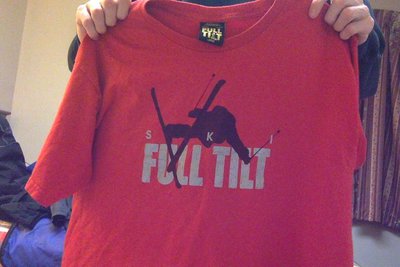 Toaster-Tony
Posts: 3527 - Karma: 5,806
Karma: 5,806
Posts: 3527
Addict
I would be too, but if that was the way you made money and a big company took an image for their logo and didn't offer any credit or payment, could you see how that would be frustrating?

Don.Cartagena
Posts: 159 - Karma: -105
Karma: -105
Posts: 159
Pro
The point I am about to make doesn't have much to do with this exact post but as an over all issue -who decided that photographers and filmers in sport automatically deserve payment for ALL of their work?
If I go hit a rail, I'm not a pro skier, I don't get paid -but I do it because it's fun. However the photographer -who also does it for fun, who is not bearing any physical risk, expects to be paid if the shot gets published.
The reason why most photographers and filmers exist in sport, is just because there are talentless no bodies out there that want to cling on to any form coolness they can without having the balls or skill to do it as an athlete.
If you want to get PAID for your work, do something that actually takes skill.
PUSSYfooter
Mar 14 2014 10:58PM 2 23

stupendous-man
Posts: 8625 - Karma: 13,193
Karma: 13,193
Posts: 8625
Crazy Fool
It is a pretty typical twall shot.. I just cant imagine FT would use Ethan's photo without asking. The only weird thing is how the poles line up so well in both versions. 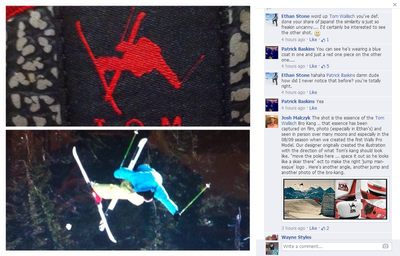 ...apparently this was the inspiration behind the illustration... you be the judge.

I need to see the original photo from the full tilt design. I fail to believe that they ripped Ethan off, and frankly if we're talking about someone who can do a trick flawlessly the same way multiple times in a row... todd waldubs is a perfect fucking candidate.

I want to see the original just to be amazed that he can do the same trick so identically twice. That shit is hyphy.