lands11
Posts: 1818 - Karma: 1,677
Karma: 1,677
Posts: 1818
Insane
Here is an article I just stumbled upon on the NBC Olympic app. If it's a repost I apologize. Take the time to read it because it is hilarious. Also, welcome to mainstream freeskiing.
I apologize if this doesn't copy paste correctly.
http://www.nbcolympics.com/news/halfpipe-skiers-ready-show-amazing-tricks-sports-olympic-debut?ctx=olympic-journey

SOCHI, Russia - Of all the amazing feats on show during the Sochi Winter Olympics, there is one that is sure to confound the millions of people watching it for the first time.

It is a stunt performed by halfpipe skiers, but is so startling that casual viewers may need a double take to believe what they just saw.

In the slang of extreme sports, it is known simply as a switch. But for everyone else, it is the mind-boggling act of skiing backwards.

Snowboarders have been executing the same trick at the Olympics for years but because they stand with their feet sideways, their subtler version is not always noticeable.

Not so for skiers, who are competing in halfpipe at the Olympics for the first time. There is no mistaking the fact they're in reverse.

Not only do they ski backwards, but they launch themselves backwards off the lip of the giant pipes to enter a sequence of choreographed somersaults and spins.

American teenager Torin Yater-Wallace is one of the best exponents of the trick in the world. It's a tool of the trade for him, but the 18-year-old still expects it will turn some heads in Sochi.

"To us, it's just second nature, it's no different to skiing forward," he told Reuters in an interview on Friday.

"But I definitely see people checking in and watching it on TV and being pretty amazed. "I think it will be an eye opener to see someone going backwards into the wall instead of sideways."

To perform the switch, skiers spend years training themselves not only to ski backwards but to do it at high speed in the dangerous icy tubes where they compete.

The risk of serious injury is real: in December, Yater-Wallace suffered a collapsed lung after a heavy fall. When he returned to training, he broke two ribs and only got on to the U.S. Olympic team as a discretionary pick by the selectors.

His teammate David Wise, who won the gold medal at last year's Winter X Games, is also an expert at the switch.

He said he was instantly hooked by the lure of skiing backwards up a 22 feet- (7.7 metre)-high wall and then launching himself another 20 feet in the air.

"It's something that maybe looks intimidating and scary at first but everything's attackable," Wise told Reuters.

"It's an action sport, it's not for the faint of heart.

It's a trick that parents around the world might have to warn their children not to try and copy.

Angeli VanLaanen, who recovered from Lyme disease to make the American team for Sochi, said even for her it was a long and slow process to master the maneuver, akin to starting to ski from scratch.

"When you learn how to ski switch, you are usually pretty advanced at skiing forwards but you have to take a step back and remember that you're learning a whole new direction," she said.

"You have to take all the little steps and make sure you progress at a slow enough rate that you're not putting yourself at danger.

"But it's awesome. It's so fun to have that versatility and that unique flow, and to do a switch trick in there is really amazing."

djensen
Posts: 56 - Karma: 69
Karma: 69
Posts: 56
Wannabe
I'd like to warn all the newschooler community that skiing switch is dangerous and that it takes years of practice and preparation to complete successfully. I warn many skiers to not try this dangerous act until they are at least sponsored because injury may occur.
Feb 7 2014 10:36PM 12 0

djensen
Posts: 56 - Karma: 69
Karma: 69
Posts: 56
Wannabe
I like how it warns parents about skiing switch
"It's a trick that parents around the world might have to warn their children not to try and copy." 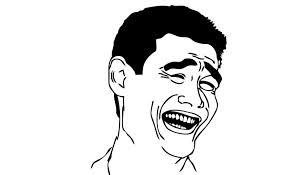 Between the pictures and articles they should be dropping olympic coverage on comedy central.
Feb 8 2014 4:16AM 5 0 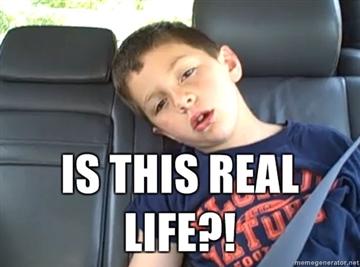 How i felt when i was done reading that.