Terrorist attack on Sochi, could it happen?

PowFun
Posts: 151 - Karma: 76
Karma: 76
Posts: 151
Pro
Just really confused about how the Russians are running security over there. Several sources claim that its just really chaotic. Even accommodation for athletes and the public are not going well even now. Just imagine when the masses gather and things get really crowded. I've seen pictures and read stories of how bad things are now, and with the games starting in only 2 weeks!? Personally I don't think it looks one bit promising. Just hope they will take some serious precautions.
Jan 25 2014 1:10AM 41 23

corona
Posts: 12622 - Karma: 30,571
Karma: 30,571
Posts: 12622
Crazy Fool
well I personally would not want to be there. when a bunch of Chechnyans say they're going to blow some shit up, you take that very very seriously. They're a group of people who don't talk out their asses and have some serious hate for the Russians. Almost guaranteed they'll try something. Fingers crossed it gets thwarted.
Jan 25 2014 3:42PM 5 1

TotalNan
Posts: 147 - Karma: 338
Karma: 338
Posts: 147
Pro
Yes, honestly it could happen but my fingers are crossed that nothing does. I sure won't be making an appearance. The US is sending warships to be on standby to evacuate American athletes and diplomats in case of an incident.

Schwags
Posts: 4643 - Karma: 59
Karma: 59
Posts: 4643
No Life
If it could happen in Salt Lake City it could happen anywhere. I imagine it being super dangerous in Sochi relative to other venues. Also there has been multiple attacks very recently and they currently looking for a suspect in the area.
Jan 25 2014 5:40PM 0 0

a_pla5tic_bag
Posts: 9109 - Karma: 4,540
Karma: 4,540
Posts: 9109
Crazy Fool
The KGB probably executed or imprisoned anybody who could potentially be even slightly related to any sort of issue with the olympics. they're the shoot first kind of guys.


Yes something bad can happen pretty much anywhere.

saskskier
Posts: 4700 - Karma: 9,092
Karma: 9,092
Posts: 4700
No Life
Since when is Russia 'one of the sketchiest countries in the world'? On the Quality of Life Index, they are rated 64 out of 68. There are 194 countries in the world which means there are 126 countries that don't even make it on that list. This means according to the numbers, there are plenty of places in this world that are worse to be in than Russia.
Yes, it's sketchy, but if it's like the rest of the world, that depends on where you go and what you're doing. The same thing could be said about going to ANY city in North America.
Could terrorists attack? Yes, but if 9/11 taught us anything, it's that it can happen anywhere, any time and there isn't a whole lot we can do to stop it.
My bet is when it's all said and done, Sochi will be another typical Olympics without any extra excitement.
Jan 26 2014 12:41AM 1 0

7-3instacall
Posts: 996 - Karma: 990
Karma: 990
Posts: 996
Insane
So, here is what I predict.
since it's the olympricks. Russia decided that there would be 1 cop for every 6 non-cop person in sochi.
Now you guys can imagine how many cops that makes. like a lot.
but where do they take these cops? my guess is they are taking them from other places in russia.
So, If I were a terrorists that hates russia, I'd just fuck shit up somewhere far from Sochi where defense is weak.
Now if I hated everyone I'd blow up sochi.
kinda happy not to be going
Jan 26 2014 9:14AM 0 0 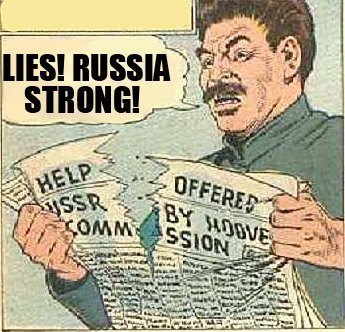 There's a reason the US parked a couple war ships off the coast.

Lets put it this way:

If you were a cop and a known murderer escaped from prison and called you saying "this Friday I'm going to come and kill your family" you're not going to just ignore it and think "yeah but something bad can happen anywhere so I'm not going to do anything about it".
Jan 26 2014 11:05AM 1 1


And come on bro, that's the best example you've got?

of attacks Chechens have done against Russia?


I'm sure you remember hearing about the hostage situation in the theatre in Moscow not too long ago. That's pretty much what I'd be worried about. They're capable, willing, have the determination and drive, and have also said that something will happen.


It's completely idiotic to blow those people off like they're all bluffs. They don't fuck around. How many people got killed in that hostage taking? It wasn't the average US school shooting with a few dead. It was well over a hundred.

freestyler540
Posts: 12630 - Karma: 13,968
Karma: 13,968
Posts: 12630
Crazy Fool
No, it will never happen. Russia is a semi-authoritative, totalitarian country. Since people have less rights and freedom, the militairy and police and arrest and detain any possible threat without having the approval of a fully democratic state. The money has been spent on salaries and surveillance equipment. Of course, some has to go to politicians and businesses.