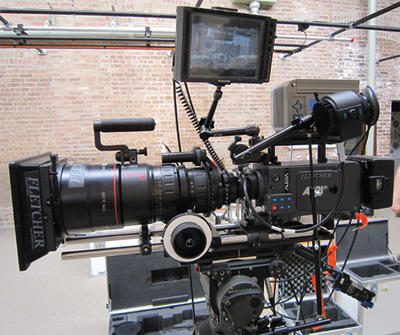 LukasSchroeder
Posts: 1449 - Karma: 2,662
Karma: 2,662
Posts: 1449
Insane
Neither. Save up and get a Canon T3i. You will be much more pleased as I was. GoPro -> T3i= best fucking decision of my life. Can get one used for $500. Just do it. Save up. It's worth it. Can you adjust settings on a GoPro?(WB, ISO, etc) NO. You can't. Just to yourself a favour and get a T3i. gopro commercials make gopro's look great. And that's what I thought they were, until I was looking at the shitty helmet and Chest mount footage. Even with the GoPole. Sure gopro's are good for POV but that's all their good for. If you have money for $400 skis every year, just use one pair for 2 seasons and get a fucking good camera. A thread in the "media and arts" forum on here stated: "I was at such and such a mountain with the classic NS Filmer look (T3i, glide cam, tokina)" if you want edits like the ones you see on NS, get a T3i!!!!!
And for editing; YouTube is your friend for how-to's.
If you only want one of those (for some stupid reason) get the GoPro Hero 3+. Don't forget the +. And uhh yeah.
Jan 15 2014 7:35PM 1 6

Tyler.A
Posts: 164 - Karma: 340
Karma: 340
Posts: 164
Pro
A T3i is a totally different camera for a totally different use.
If you are wanting high quality POVs, both cameras are great, but, if I'm correct, there are more mounts for the GoPro and it is by far more readily available, if you need help, parts, etc.
Another thing about the GoPro is it is a lot more popular, so if you run into an issue or if you are just learning how to use it, odds are there will be more people who will be able to help you in that case.
Both cameras have great filming, but if I were you I'd go with the hero3+ because of the fact that it is easier to get help with, if you're ok with looking like a teletubby.
Jan 15 2014 8:32PM 2 1

Michael_Thatcher
Posts: 521 - Karma: 3,436
Karma: 3,436
Posts: 521
Ridiculous
You're pretty wrong about a lot of stuff you've said on here. You can actually shoot at a higher bit rate on a GoPro in comparison to a t3i, as well as control the white balance. ISO is set to auto, which is indeed a downside, but doesn't make the camera any less great then a t3i.
GoPro uses the same cameras you would find on the shelves of stores to make their commercials. They aren't using some sort of special camera that allows them to make their footage that much more amazing.
The "shitty helmet and Chest mount footage" is an example of the user of the camera not knowing how to use the camera to its potential.

Also just FYI, the only difference between the Hero3 black and the Hero3+ black is the battery life, wifi chip, and lens. Other than that they are pretty much the same, not really a huge improvement and the Hero3+ comes with a much larger price tag.
Jan 15 2014 11:48PM 2 0

juicedrummer11
Posts: 1960 - Karma: 1,325
Karma: 1,325
Posts: 1960
Insane
This is BS.  I've seen shitty T3i and other DSLR edits that are trumped by some GoPro edits.  Then I have seen some T3i and T2i edits that look like professional cine cameras. It all depends on how you use it.  If you are just getting started with filming and editing OP, start with a GoPro and learn the ins and outs of editing and media management on your computer as well as camera movement and camera angles.  Then move up to something better later and focus on how to use the camera but your editing skills will be on par so that's one less thing to worry about.  GoPro on a pole is awesome and all you need for stabilization; and your friends can easily use it to film you too.
Jan 16 2014 11:23AM 1 0

Jakelapham
Posts: 139 - Karma: 2,657
Karma: 2,657
Posts: 139
Pro
I'll ignore your innaccuracies regarding specs, you you truly understate the multitude of uses for a GoPro. Everyday stuff like mounting it a windscreen and timelapsing, underwater, pole opens up a world of possibilities.
Jan 18 2014 6:33AM 1 0

Jakelapham
Posts: 139 - Karma: 2,657
Karma: 2,657
Posts: 139
Pro
I'll ignore your innaccuracies regarding specs, you you truly understate the multitude of uses for a GoPro. Everyday stuff like mounting it a windscreen and timelapsing, underwater, pole opens up a world of possibilities.
Jan 18 2014 6:34AM 0 1
All times are Eastern (-4)