The End of the Internet as we Know it.

Comcast is currently undergoing a legal motion in the DC Circuit Federal Court to void a previous FCC nondiscrimination act. This would allow companies like Comcast, AT&T, Verizon and others to essentially decide what websites work through their service and which ones don't. This comes with a broad range of implications, including the death of the free sharing, idea driven internet we currently have.

I don't know what we can do about this, but I feel like awareness is the first step. Please, use the power of the internet that we still hold to share this on Facebook, Twitter, your Tumblr, and anywhere else that it will catch eyes.

Here's a link to a fairly comprehensive article about the issues:
http://www.wired.com/opinion/2013/11/so-the-internets-about-to-lose-its-net-neutrality/


Please, don't just shrug this off as another conspiracy or anything like that. This is a very real threat to free information, and it casts a bleak shadow on the future of the internet with corporations like Comcast, AT&T, and Verizon essentially deciding what succeeds and fails on the web.

TL;DR: The internet is about to die.

LiquorLanch
Posts: 1909 - Karma: 1,037
Karma: 1,037
Posts: 1909
Insane
I highly doubt this will go through, if it does a company will rise through the ashes that provides access to everything. Phoenix Internet sounds dope.

tomPietrowski
Posts: 6697 - Karma: 13,858
Karma: 13,858
Posts: 6697
No Life
It already happened in the uk and it made very little difference. To be honest file sharing will die eventually. Look at iTunes. People spend millions on there even though all that content can be had for free online. Why would people do that? The answer is people don't actually want to break the law. Now that is not everyone. I for example never use iTunes I always download stuff illegally but certainly in my age group I'm becoming the minority.

Isp's simply can not continue allowing people to break the law online so change will happen. We have enjoyed a decade of doing whatever online but it was never going to last. If it did then media in general would be fucked. Why would anyone spend money making films, music and games ect if they were all just going to be illegally downloaded.

So things will change but don't worry it won't be that bad really, things will adapt and change just like they have for years.

But I would be interested to hear some other opinions especially of those of you who are tounge here who have grown up on the Internet. I could certainly see this being a bigger change for you guys.
Dec 30 2013 9:27AM 2 4 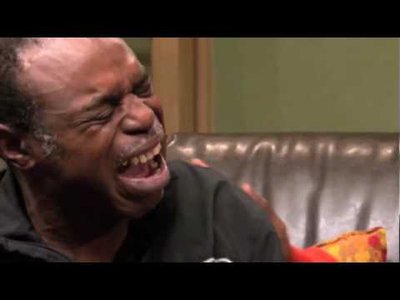 Bart.Man
Posts: 1742 - Karma: 1,950
Karma: 1,950
Posts: 1742
Insane
I'm not sure you realize the broad sweeping implications this holds. It's not just the elimination of torrenting. Yes, that was bound to happen eventually, but this brings the success of every web page down to one factor: if the provider sees fit to let it work at reasonable speeds. This decision could be influenced by a broad range of things, from who's willing to pay them the most money to what pages/companies align with their agenda.

And to those of you saying a new ISP will arise, imagine this. You'll go to check out their website to get some info and guess what? Comcast doesn't let it load, making it very difficult and frustrating to learn about them and get set up with their service.

Not to mention the stronghold that the major American ISPs have on the servers. The funds a new company would have to amass would be huge to build servers enough to compete.

This puts the internet at the mercy of what the massive ISPs see fit.

No doubt that if the current leaders in the market do this then Google will seize the opportunity.