I just got a free sample of this stuff after talking to the guy who worked on the formula for years. This gum has 80mg of caffeine per piece, easier and lighter than carrying around energy drinks on the mountain.

Charlie_Kelly
Posts: 11938 - Karma: 12,195
Karma: 12,195
Posts: 11938
Crazy Fool
Disregarding what ElGato posted just signed myself up. On the entry screen it didn't even have an option for my birthday though...I always feel sketchy going to poorly constructed website though, and let me just say that website looked like shit!
Dec 16 2013 6:39PM 1 0

got mine and tried it before reading this thread.

i think i just ate a battery. it tastes like the worst nicorette gum you could ever find filled with liquid uranium. i chewed it for 15 seconds and i still can't get the taste out of my mouth.

DENIM_CHICKEN
Posts: 526 - Karma: 2,558
Karma: 2,558
Posts: 526
Ridiculous
Ok so I just got mine today.
Opened the envelope, inside was a sweet sticker and pamphlets. Also included was a little case to hold your gum in. 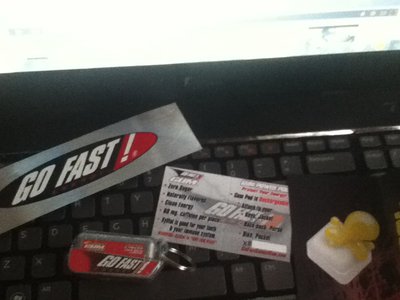 Before unwrapping the case I smelled a pungent odor coming from the little case (which held the gum). Keep in mind that it is completely unwrapped, not even touched. It smelled like straight skunk and a slight hint of cinnamon. When I unwrapped it, the scent increased 10 fold. When I got to opening the actual gum case, the scent was unbearable. It was like cheech and chong had an orgy with a skunk and cinnamon, absolutely disgusting. I bit in it to find a bright yellow paste oozing out of the center. I found out this was the skunk- smelling culprit. 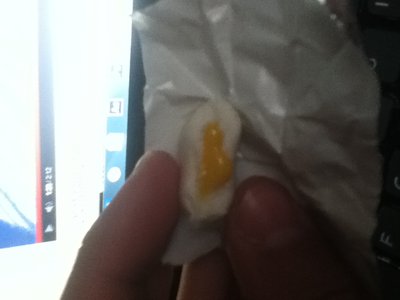 This stuff looks like straight up egg yolks mixed with nuclear waste.
The taste was absolutely terrible. It also stays in your mouth for a good hour after you chew it, even after drinking something.
So in conclusion:
>Fuck this gum 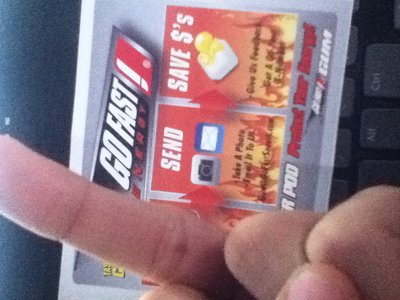 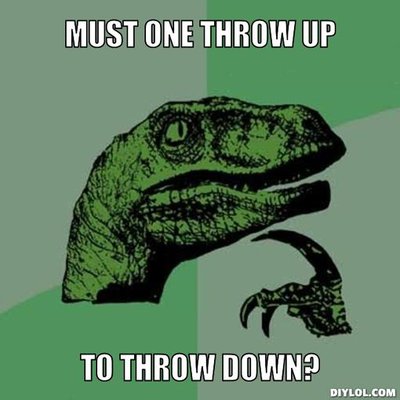