*DUMBCAN*
Posts: 2447 - Karma: 5,610
Karma: 5,610
Posts: 2447
Addict
So, according to the daily mail a new spray tanning trend is emerging.......the goggle tan. "As always, Kim Kardashian was ahead of the trend", which probably says all you need to know about 'the trend'. What probably says more is that a google news search for 'goggle spray tan' only returned this article.
Here goes:
Are they taking the piste? Wearing goggles in tanning booth for 'fake ski tan' effect is bizarre new beauty trend

Most people avoid wearing ski goggles for fear of those raccoon-style tan lines.

But the beauty world has witnessed a surge in the number of customers having spray tans wearing ski goggles to give them the 'fake ski tan'.

The recession-busting beauty treatment gives hard-up customers an instant ski holiday on a shoestring – an all over bronze with white 'panda eye' tan lines to fool pals into thinking they've been on a skiing holiday.

A spokesperson from Beauty Direction in London Victoria said: 'It's quite staggering the number of people coming in for a fake ski tan.

'To start with I had no idea what they were doing. They come in with a ski mask and come out of the tanning booth with big white patches on their eyes.

'I asked one girl why she does it and she said incredibly that it's the latest fashion to have a fake ski tan – to make it look like you've been to skiing.

'It's got so popular I've bought a ski mask to offer customers the fake ski tan.'

Suzi Sibthorpe, Marketing Manager of the Ski and Snowboard Show added: 'It seems it is all about keeping up appearances this season with the new goggle tan trend taking off.

Jules Heptonstall, Tanning Expert at St. Tropez, added: 'I’ve been asked to spray model's faces on shoots when the theme has been après ski. It’s a great way of cheating the ski slope tan by spraying tanning the face whilst the individual is wearing ski goggles.

'My top tip for those who want it done is to just have one coat on the face, so the mark of the ski goggles is less obvious and more subtle in its appearance.' 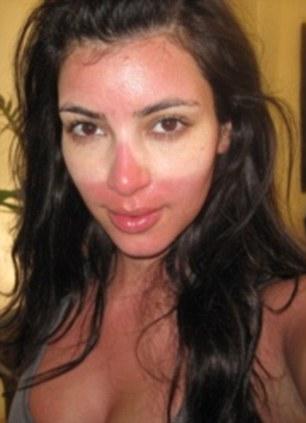 Read the original article here, if you so desire. 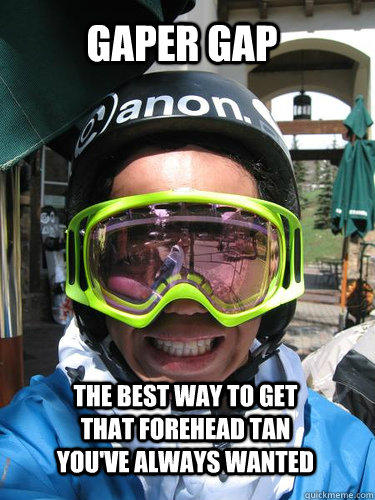 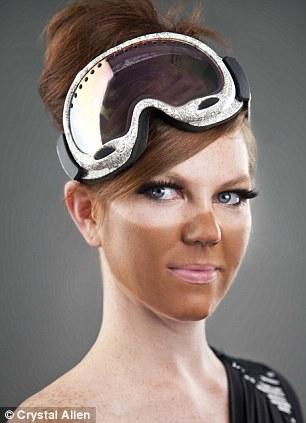