Most Asshole Thing That Ski Patrol Has Done To You

When I was 15 they took my knocked out ass down to my parents car when I couldnt even walk so i could go to the ER, DOUCHE BAGS!!


Fuck you dip shit kids, ski patrol just do their job, just because you break the rules and get caught doesn't mean you should lash on someone who works 100 times harder than you have ever worked in your life.
Oct 31 2013 12:23AM 88 30 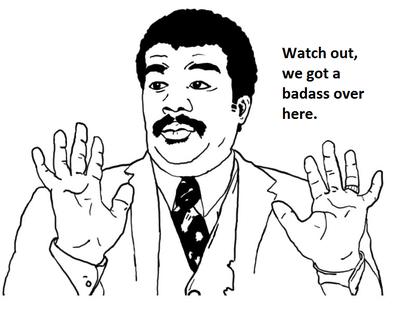 sagesnow
Posts: 3114 - Karma: 1,591
Karma: 1,591
Posts: 3114
Addict
first day of ski season they marked all of our ski groups passes for first offense because one kid jumped a knoll. they said the park patrol yelled at us to stop and we didnt. how are we supposed to know when were flying down the fucking hill. and theres no slow signs
Oct 31 2013 2:24AM 6 0

powderhound100
Posts: 2510 - Karma: 140
Karma: 140
Posts: 2510
Addict
Had a douche patroller take passes from a large group. Shirley was open but Granite CHief was not and they had some signs kind of halfway between shirly and granite, however these signs were not very visible at all. I was behind them, saw a guy in a Santa suite (patroller) yelling telling people to go around (past the sign) and come to him. Instead of going past where you are not supposed to go, I jumped off/over a bunch of rocks to stay in the area. He yelled, I skied towards him because I didnt think anything was wrong as I didnt go out of bounds. Long story short it was a yelling match for awhile as everyone was pissed (I did not yell) He took everyones passes, was totally unnecessary. They gave the passes back the next morning as it was Christmases. I filmed the whole thing on my GoPro and one can see that he was being pretty unreasonable.

Other then that I have had positive experiences with patrollers, most are super chill, this one guy was just a tool.
Oct 31 2013 2:50AM 3 1

Holte
Posts: 10691 - Karma: 7,221
Karma: 7,221
Posts: 10691
Crazy Fool
I'd imagine the "enforcing the rules" part of patrolling is really rough. Everyone on the mountain wants to break the rules and ski as fast and as hard as they can, but I'm sure it's almost impossible for the average patroller to differentiate between the riders that can break the rules "safely" and those who can't.

The fact of the matter is that some people can toss inverts, poach certain areas, and fly through slow zones with very little risk of danger. Others cannot.

I've only had a couple truly unreasonable encounters with pro patrol. And volleys and "safety patrol" should be held accountable to what they are - volunteers and amateurs. Any legit skier should know that shit may hit the fan if they get caught poaching by the wrong patroller at the the wrong time.
Oct 31 2013 4:05AM 7 1 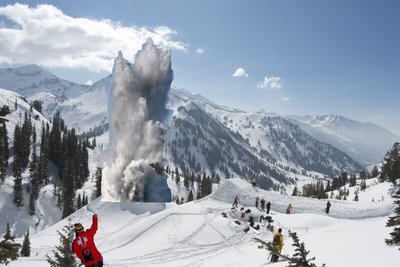 theabortionator
Posts: 45321 - Karma: 91,762
Karma: 91,762
Posts: 45321
Basement Dweller
Ski patrollers are generally pretty cool. If you find ones that are dicks just ski away. I remember one guy telling me how on the busy holiday weekends they'd look for noobs ducking ropes and scare the shit out of them about clipping their passes then the people would give them money to bribe them. The one guy made a few hundred in a busy holiday weekend.


I got my pass pulled a few times and threatened other times for skiing the halfpipe at gore. There was a big orange sign that said "SNOWBOARD ONLY". Pretty lame considering I 1as only about 10 and was doing both sports at that time.

rach
Posts: 917 - Karma: 507
Karma: 507
Posts: 917
Insane
Oh you know they're super knowledgable and well qualified these days, at least in WA. Most of them can also ski pretty decently. They're around just in case I need my ass saved, so I am pretty thankful really...

I'm not sure why you would get the impression that I was trying to brag about working hard, first of all. That's not something you really brag about. "Oh man, I'm such a slave to my employer, you should all be more like me".

Second, if you were going to do so, I don't know why it would make sense to do it by comparing yourself to ski patrol. I'm not saying ski patrol is the easiest job ever by any stretch of the imagination, but it's not some off-the-charts insane thing where you're grinding it out for 14 hours a day. My point is that there are plenty of barbacks and landscapers and janitors and roofers who have equally tough jobs as your average ski patroller. Though there are obviously different jobs within ski patrol and the job would be completely different at Revelstoke as opposed to Blue Mountain.

All I was saying is I don't think Evan is necessarily right since for all I know some kid works as a dishwasher in a super busy pub 5 nights a week. Either way it was just an offhanded comment and not worth having a huge debate over.