My advice while watching? Tape your eyes open, or else you run the risk of missing a banger. I won't go into much details as I don't want to spoil it for anyone -- but it's a definite must watch IMO.
The fact that the crew was able to shoot, edit, create an original soundtrack, and produce a movie of this caliber during the insanely busy winter they had is ridiculous, and only gets me excited for what Inspired will create in the years to come.
With that being said, I wanted to unofficially inform NS that you'll be able to watch the live premiere of the B&E movie,Let it Flow, and the new Tanner Hall movie, The Lost Season, right here on Newschoolers... before either of them hit iTunes!
Stay tuned next week for more information.

cultrara
Posts: 5099 - Karma: 45,961
Karma: 45,961
Posts: 5099
No Life
Absolutely love the skiing.
I hope that their full length movie this year takes it easy on the post production effects. Theres nothing like having rainbow fractals overlaid on film grain while being played backward haha
Oct 11 2013 2:26PM 16 1 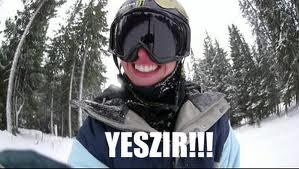 InspiredMedia
Posts: 375 - Karma: 38,565
Karma: 38,565
Posts: 375
Loner
Hello NS,
just wanted to follow up with you guys with some more information about the film.
There is no teaser because of how much footage phil and henrik have already put out on the internet here in 2013. They felt like that was a good enough tease with 7 B&E Shows so far and lots of other random edits out there with them in it.
'Let it Flow' and Tanner's 'The Lost Season' a Kyle Decker edit will premier live here on ns as well as all inspired sites on sat. oct. 26th at 3pm est til 7pm est. during this broadcast we will release the Inspired Euro Fam Movie and the Inspired TV Show Movie as well. and between each film you will be able to ask tanner, phil, or henrik any questions you may have regarding to the films or not in a chat box that will be below the video player.
After the live premier Let it Flow with sell for $5.99 on itunes and The Lost season will sell for $2.99 on itunes. Let it Flow is 32 minutes and The Lost Season is 7 minutes.
Portions of the proceeds of the Let it Flow movie will go to the charity Let it Flow http://www.letitflow.org
Portions of the proceeds of The Lost Season will go the the charity Alpine Initiatives http://www.alpineinitiatives.org
More info coming soon.
INSPIRED!
Oct 14 2013 9:02AM 7 0

tomPietrowski
Posts: 6494 - Karma: 12,499
Karma: 12,499
Posts: 6494
No Life
It certainly had some amazing skiing but I thought it was just let down by the production and the editing. The first 2 sections were just hard to watch with all the overlays and fast cuts. I thought it got better as it went on but I just want to see the tricks and skiing without all the editing tricks. It may be just me but if love to see them both filmed by some big productions companies so I could really enjoy the greatness of there skiing.