For once, I agree with the Taliban

Taliban militants in Afghanistan taunted the U.S. on Wednesday, blaming “selfish and empty-minded American leaders” for the recent government shutdown.
A statement issued by the terrorist organization on its official website described how U.S. institutions have been “paralyzed” by the political gridlock, Al Arabiya reported.


“The American people should realize that their politicians play with their destinies as well as the destinies of other oppressed nations for the sake of their personal vested interests,” the statement said.
The statement also claimed that U.S. lawmakers were guilty of taking U.S. citizens’ money “earned with great difficulty” and then “lavishly spending the same money in shedding the blood of the innocent and oppressed people … this money should be utilized for the sake of peace,” according to Al Arabiya.


Sorry but I love freedom 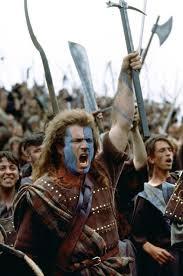 theabortionator
Posts: 47182 - Karma: 109,895
Karma: 109,895
Posts: 47182
Basement Dweller
I honestly don't hate a lot of people our country fights or blame them for fighting back. We label people the enemy and then they instantly become evil. The fact that they are from a different part of the world, culture, and look differently keeps them from being human to us. If they are fighting us they must be wrong because the country we live in, America is clearly always right.

We fund rebel armies to overthrow governments who we don't agree with. We have no problem assassinating people if we feel it's in our best interests.

We deem these wars necessary, yet when was the last one that was fought on our soil. We have military bases all over the world in countries we haven't been at war with in decades. What if one of those countries tried to set up a military base here in the U.S.? I'm sure people would be cool with it.

We have an issue with perspective. We don't see these people as human because they are different. We don't treat them with the same respect we feel we deserve. It's an issue that has been around as long as people. It isn't even just with racism, we do it to people around us everyday. We are better than everyone else so who cares what they are about. They are simply people that are in the way of us getting what we deserve. Why would we try to see life through their eyes? They aren't special, they aren't us.

Just because we have labeled somebody the enemy doesn't make our cause righteous, or mean our hands are clean. We see the worst in others and the best in ourselves. People need to get off their pedestals and look around. Really look. Think about the people around us, think about life through their eyes. With a little flip in perspective we might see the world completely differently.

We try to push the lie that we are doing it to bring peace to the world, and that we are a "global force for good"

Poon_Handler
Posts: 361 - Karma: 41
Karma: 41
Posts: 361
Loner
What they are saying is pretty self-evident. Doesn't matter that it's coming from them.

Campeador
Posts: 7516 - Karma: -1,224
Karma: -1,224
Posts: 7516
Crazy Fool
Given that this a thread about the Taliban, it's fair to assume that you mean them when talking about our "labeled enemies", while at the same time taking subtle jabs at the U.S. military.

For which other "labeled enemies" are you looking for sympathy?

Shredsterr
Posts: 2090 - Karma: 6,908
Karma: 6,908
Posts: 2090
Addict
Keep in mind that your entire internet and telephone history is stored for other people to legally stalk and survey your every move. "Freedom"