Teach me about SLR cameras and shooting action sports 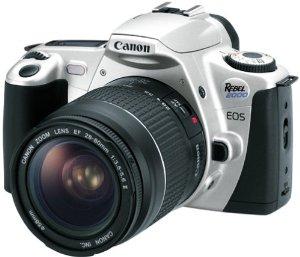 Sorry the picture is kind of small, but that is the best I could find. The lens has a switch that says AF and MF, says 28-80mm, has a flower with .38m/1.3ft next to it, and the fine focus part says "quantaray 58mm 1A"
This is the lens, I think 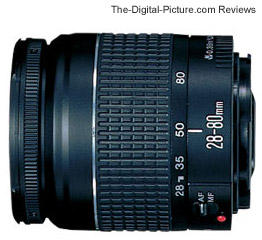 It has no film at the moment or batteries, and I don't have any time to get the stuff to test it out today.
Basically I want to know everything I need to know about this camera. How difficult is it to shoot moving objects (runners, cyclists, skiers, rivers)? Would this be good as a beginners camera for skiing? what does the stuff on the lens mean? Should I upgrade it in any ways? Is there any ways to convert film to digital other than a scanner? I also have a tripod, it's pretty big and goes about as tall as me, should I bring that with me when shooting stuff? What kind of film should I buy?
If you aren't on mobile please change the quote text when answering these questions.
Fun fact, my parents used to have a darkroom in our basement. thought that was kind of cool
Jun 14 2013 4:08PM 8 0

No.Quarter
Posts: 4828 - Karma: 11,323
Karma: 11,323
Posts: 4828
No Life
Bump.
Sorry if this thread is a repost, but searchbar sucks
Anyways, I will be going to the camera store tomorrow and I am going to buy film and batteries and hopefully get some teaching on the basics. So ignore that stuff from my OP
So now I want some info from skiers. What to do about weatherproofing, My main concern is what would happen if snow got into important places. Any kits I can buy or DIY stuff to make? In the summer I would also like to do some rain photography.
Next, lenses. It currently has an EF 28-80mm f/3.5-5.6. My dad is planning on purchasing a T3i sometime soon and it will have an EF-S 18-55mm f/3.5-5.6 IS and a EF-S 55-250mm f/4-5.6 IS (if someone could explain what those mean that would be very helpful). Should I plan on purchasing any other lenses other than those? What about the EF 40mm f/2.8 STM for its compact size. And just to make sure, are all of these are interchangeable across multiple years of cameras?
Current 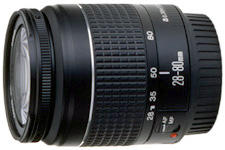 Will come with the T3i

Super compact. Is it any good?

First off, as a heads up, doing all your shooting with a film camera is extremely pricey compared to a digital. I just developed my first 3 rolls of 400 speed film the other day and it cost me $12 per roll to develop and the pack of 3 rolls was $12. Since there's only 24 shots per roll, that's 67 cents every photo. It adds up real quick, especially if you're taking a bunch of the same pictures to make sure at least one comes out well since you obviously can't preview your pictures like on a DSLR.

Shooting moving objects can be tricky as a beginner. I've had a little trouble myself actually. You have to play around with the settings to allow the right amount of light in but still have a quick enough shutter speed (This site: http://camerasim.com/slr-camera-explained/ will teach you about aperture, shutter speed, and ISO).

AF is auto focus, MF is manual focus. 28-80mm is the focal length which translates to the zoom. It's the distance between the lens and the back of the camera where the image is formed. Basically, the higher the number, the further the zoom. The .38m/1.3ft is the closest distance you can focus on. I believe the 58mm means you'll get the best clarity at 58mm.

I know Walgreens gives you a CD with digital copies of all the photos you got developed, I would imagine a lot of other places do that too. You can do it online via mail-out too.

You'll need a tripod depending on what type of pictures you plan on taking. Any time your shutter speed is less than 1/80th of a second (it's a general rule that this number is 1 over the max zoom on your lens, which in your case is 80mm) you'll want the tripod or some sort of stabilization, unless you have extremely steady hands which I doubt you do, and even then you wouldn't want to go much slower. Basically any time you can use a tripod you should because it's extremely easy to blur your pictures with the slightest movement.

For your first few rolls of film I'd recommend buying 100 or 200 speed film just because it's the cheapest. Honestly, most of the pictures you first take aren't gunna come out well. Of the 72 I just got developed I liked maybe 15 of them. These 15 both were clear and I liked how the framing/content came out. If you're shooting a birthday party or something that doesn't require a lot of adjustments then more will probably come out satisfactory.

If you're still confused about anything I tried to explain google will be able to eventually answer your questions or you can just ask me or I'm sure some one with a little more knowledge will be able to help you better.
Jun 15 2013 12:47AM 1 0

No.Quarter
Posts: 4828 - Karma: 11,323
Karma: 11,323
Posts: 4828
No Life
"shooting with a film camera is extremely pricey compared to a digital"
I was kind of expecting that, but since I probably will rarely be using my dad's T3i, and the rebel 2000 is free to me, that is something I can temporarily deal with until I want to buy a DSLR. on the subject, has anyone here ever used one of these or similar, at $12 a roll it would pay off pretty quick. 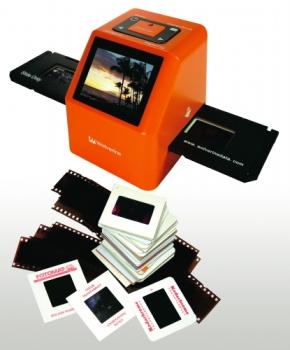 http://www.wolverinedata.com/index.php/site/quicklinks/C72/
"Walgreens gives you a CD with digital copies of all the photos you got developed"
Do you know if they can just give you a CD without any developed for a lower price?
"AF is auto focus, MF is manual focus."
I figured that out pretty quick, but I still am slightly confused. When in AF vs MF what do you still have control of on the lens body?
Thank you, you were really helpful.
Jun 15 2013 1:18AM 0 0

zbphoto
Posts: 7789 - Karma: 12,034
Karma: 12,034
Posts: 7789
Crazy Fool
If your going to shoot film to learn photography (in my mind the real way to learn it as an art form), shoot b&w its WAY cheaper and you can develop and scan your own film for way less than any lab will, you can get roles of rebranded kodak tri-x (classic b&w film) from freestyle for just under $3 a role. It is THE EXACT SAME as kodak tri-x that sells for $5+ a role.

I'd also advice you get a full manual camera, something like an old metal nikon/canon/pentax with a 50mm prime (fixed lens). It makes it a lot easier to adjust your settings and in my mind is just a more enjoyable way to shoot. Film is a great way to learn photography, it teaches you to be diligent, to slow down, and to think about your composition, something a lot of people are missing these days.

As for digital, it's more expensive to get into but you obviously don't have to pay for film costs. It also gives you the 'instant gratification' which can be good for learning depending on who you ask. For gear, if you don't need video, I'd really suggest your family skip the brand new rebel line that come with kit lenses, these are really directed at consumers who want the latest thing and don't necessarily care about 'photography'. These rebel cameras are built with a lot more plastic, and have slower auto focus and slower burst frame rates that pro-sumer (xxD) and professional (xD) cameras.

I would suggest you look for a used Canon 50d or 40d, either at a real camera store (not best buy) or on Craigslist (obviously be wary of scams). Both are fantastic cameras, and you get a lot more value for your dollar when purchasing slightly older and used gear. I use a Canon 5d mark 1, a professional level body, but it's two models and about eight years old, still works perfectly fine and I got it for $650; see what i'm getting at.

As for lenses, there are a lot of choices, two main differences are zoom or prime (fixed), zooms are cheaper but primes are often sharper and have a much larger maximum aperture which lets a LOT of light in (an consistent aperture of f1.2-f2.8 is considered 'fast glass'). Canon makes great lenses, so do Sigma/Tamron/Tokina and you can get a lot of value out of those brands. Ideally, you should have everything from wide to telephoto covered, roughly 17 to 200mm in 35mm terms, but that obviously costs a lot of money. To start out I'd invest in a mid range zoom, say a Tamron 17-50mm non-VC as well as a fast prime such as a Canon 50mm 1.8 II ($100-$125 and is AMAZING for what you pay). You could get both of those lenses and a 40d or 50d for under $1000, a pretty good deal in my eyes. The thing with lenses, is if you buy good fast glass, it really can't lose its value as lens technology rarely changes in the big picture, where new bodies come out on a yearly basis and in the consumer mind, rendering past models 'obselete'. Basically moral of the story is spend your money on lenses, they are a much better investment.

As for learning photography, there is really no better teacher out there than Ted Forbes, his podcast has taught me so much! Basically if you have the time, watch all 200 or so of his videos, haha, he is fantastic!

I know that might sound like a lot, but obviously photography is complicated and takes time to learn, really at the end of the day its not about what camera you have or what lens your just bought, its about capturing moments and shooting photos.
Jun 15 2013 1:29AM 1 0

CliffyByro
Posts: 5678 - Karma: 3,897
Karma: 3,897
Posts: 5678
No Life
yeah i've used one of them and they're fine for transferring the photos onto a computer but they destroy the image quality and the exposure and everything