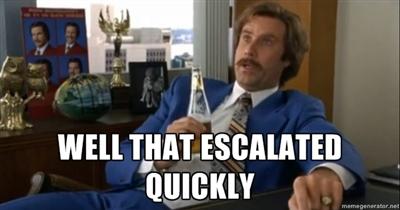 Does it help you deal with your self loathing and feelings of inadequacy when you compartmentalize and project like that? Do you realize you do it or is it automatic behavior? Most mental health professionals would caution you that you are sinking into a histrionic projectionist coma of sorts- in which you compartmentalize and insulate by identifying everyone who is not you as a child first and foremost, a behavior indicative of a person who feels they are not superior to anyone but an adolescent and therefore hinges much of their perspective on a non-validating factor such as that.

Then we have the projections. Stupid this, loser that, calling everyone kids and whatnot... It feeds off of your histrionic tendencies, i.e. "look at me, I'm skiierman! I think I'm an internet celebrity because I've been her since '92 and I shit on you n00bs" and of course inside, you feel so much better for having not only "showed that stupid little kid" but also that everyone saw it. Now they MUST know how awesome you are, right?? Look, all it means is that you have excessive amounts of self-loathing pent up along with some serious adequacy imbalances and what better way to make yourself feel better about them than to put it on someone else rather than deal with it i.e. revisit your logic and perhaps allow your arguments to progress rather than digress into insults only, which is totally your Modus Operandi homeskillet- even when you're wrong as wrong can be.

Finally there is the denial aspect to your posts. Never have I seen you shrug and say "Oh well, maybe I was wrong. Guess I should run along now haha" or have even the most vague sense of humor when in conflict. Another telling sign of someone who is doing their damndest to "save up" emotional validity tokens of sorts, as if admitting you were wrong or overreacted somehow negates your value as a person or gives up a percieved upper hand in the argumentative dynamic. Again, indicative of someone who knows they've got nothing, just a go-to of regression and insults to cover up that they don't have an actual problem with your point, they're just miserable and out to make themselves feel better about it by insulting someone else. Certainly not the behavior of someone who is (or would like you to believe them to be) superior to what they percieve as an adolescent mind, more like someone perpetually stuck in that mentality.

See, chronically unreasonable, angry and insultive people don't necessarily have a problem with anyone else, they usually have a problem with themselves first and foremost. I suggest you take a step back, see what your behavior says about your character and personality and pehaps try to better understand why you're such a miserable fucking queefmiser all the time, because it sure as fuck isn't anyone else's fault. Just once I'd love it if you would stop mid-rant and be like "Y'now what guys? I just realized I don't really care and I'm just being a cunt because I am miserable about my shitty day/week/year/life" That would be extremely refreshing. Just sayin'. 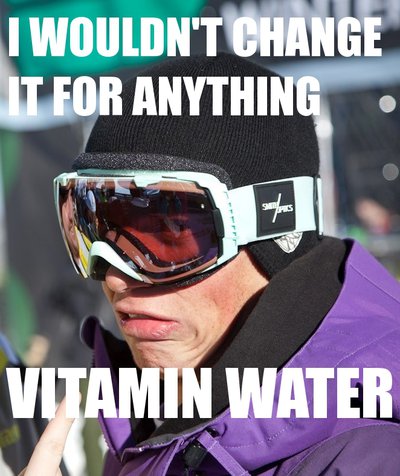 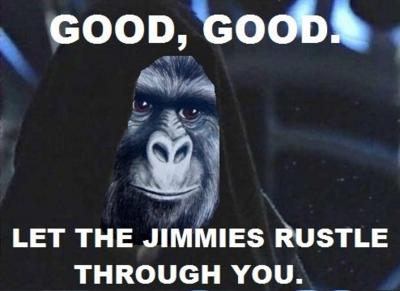 andrewhsnwboards
Posts: 45 - Karma: -44
Karma: -44
Posts: 45
Lame
HES FUCKING GAY BOBBY AND HIM LIKE TO FELCH EACHOTHER AT NIGHT AFTER THEY GET DONE PRACTICING THEIR GYMNASTICS AND AERIALS
GUS AND BOBBY ARE THE TWO MOST HOMO PROFESSIONAL SKIERS
:)
May 28 2013 4:32PM 5 2