Where do you want to live when you grow up

Dwarftosser1
Posts: 2602 - Karma: 950
Karma: 950
Posts: 2602
Addict
Probably Vancouver, definitely my favorite city I've ever visited. Such a beautiful one too

Laurent.
Posts: 10054 - Karma: 25,263
Karma: 25,263
Posts: 10054
Crazy Fool
I've spend a year of my youth living in Monaco, it's ugly from a distance and hurts the architect and designer in me but as a place to live it is otherwise amazing.
And the climate is amazing, always around 23-25 degrees in the summer with a very mild sea-breeze, it's warm without melting you. 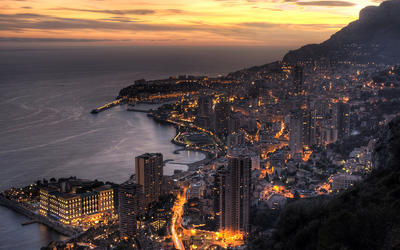 panojibber.
Posts: 1041 - Karma: 681
Karma: 681
Posts: 1041
Insane
Yeah Calgary is actually an awesome city, I left for a couple years but I really missed it, so now I'm back.
Its going to be a great place to be over the next few decades, the oil industry is expected to grow by like %1000 in the next 10 years or something, so there are lots of jobs. And with so many jobs and so much money, its inevitable that there'll be a lot of cultural growth here, because people have money to spend on that kind of stuff. Calgary already has the only Philharmonic Orchestra in Canada that can turn a profit.
I'll probably live here for a long time unless I have to leave for work. I'd love to live in interior BC at some point though. Maybe retire in Kelowna or something.
May 14 2013 11:53AM
1 0

volvotom
Posts: 2045 - Karma: 712
Karma: 712
Posts: 2045
Addict
I really like Southern California but might end up in Sacramento or DC for work. Would prefer SacTown for proximity to Tahoe.

O-A_s
Posts: 373 - Karma: 58
Karma: 58
Posts: 373
Loner
Either London or Oslo/Bærum. Spent two years in Wimbledon growing up and I really enjoyed it there. Some parts of Oslo and the surrounding areas are amazing though, skiing is just 20 minutes away, one can go swimming or boating in the oslo fjord, there are plenty of restaurants and it's my home city. I hope to move to France when I retire, love the atmosphere and climate and I speak some french as well.
May 14 2013 12:07PM
0 0

Bodhisattva_
Posts: 5749 - Karma: 2,006
Karma: 2,006
Posts: 5749
No Life
Ya'll are missing out on the true Washington experience. I have grown up in a smallish farming community at the base of the Cascade mountains an hour out from Mt. Rainier and I fucking love it here. Less than an hour from Seattle, ski resorts, and anything else in WA you might wanna do. Beautiful foothills to explore/hike/bike and shit. And arguably one of the most beautiful and friendly place ever. Summer is here is tits.

That being said, I wanna explore the world. I honestly want to live in a many countries as possible and visit everywhere that I can, and then come back to Enumclaw to raise a family unless I like Bozeman so much when I go for college then I'll go back there.
May 14 2013 12:10PM
0 0


After growing up in Kamloops, and spending a few years working all over the province of BC, I'm pretty happy spending my winters in Golden, and my summers at work in Calgary.  And any weekends I get off I go back to Golden as well.  Like this weekend coming up.