Shredsterr
Posts: 2090 - Karma: 6,931
Karma: 6,931
Posts: 2090
Addict
Hey NS, I'm making this thread for some feedback of any kind for my park accomplishments for this year. I also want to know your opinions on how to get rid of fear, or at least push it to the side at times.
Alright, this is going to be a long thread, so I may as well right in paragraphs. Beginning of this season: I was technically still a gaper. Could slide the tube, could 3 on 5 foot jumps, you get the picture. I was a grom. I worked pretty hard (I think) this year to progress and it's showed.
My tricks list for this season:
Rails: Front swap, front surface, back surface (sketchy), front 2s out, back 2s out, switch on, switch on front swap, switch on front 2 out. So ya. I went from being able to slide one rail to being comfortable on every one except the donkey dick rail we have, (that shits at like a 35 degree angle) as well as all the tricks I just listed. Keep in mind, I'm not bragging about these. It's a tiny repertoire, I know.
Jumps: Went from being scared to straight air anything over 15 feet to being comfortable on 30, 40 and 50 ft jumps. I can 3 the 35 ft. at our mountain and have learned 5s and 7s. I can also grab on my 3s from time to time, it's something I'm working on still.
Anyways, I've gotten to a point in my progression where I want to take it to the next level, that being inverts. I hope to try backies, flat 3, rodeo. That's my hopefully realistic trick list before the season's over. The only problem is, I have a fear of injury that wasn't there learning spins. Of course I was scared to try 5s and 7s, but this is different. Not really a fear of falling, but a fear of seriously injuring myself. The jumps I'd try them on are about 20 feet so the consequences aren't huge, but still, I just have trouble pushing that fear out.
Any advice on ways to build up to doing these just on snow (because I don't have acces to a trampoline, airbag or water ramp until spring/summer) is greatly appreciated.
Also, any feedback on my progression? How does it compare to yours, or how did it compare to your second season?
Lastly, thanks for reading this huge fucking novel of a thread. If you stuck around until the end, good on ya. Thanks.
Mar 17 2013 11:16PM 14 6

LoneWolfe
Posts: 74 - Karma: 89
Karma: 89
Posts: 74
Wannabe
Alright to start things off, the best thing you can do for learning inverts in your situation is to either find a nice, slushy, soft jump or a nice little BC booter that you can trust and be comfortable on and just go for it. Since it seems that your fear of getting hurt is the only part stopping you, just have some chill beats or whatever keeps you relaxed with you, if your flustered on the takeoff, you'll be so much more likely to hurt yourself. After the first try, you will get over all of that fear, even if you do eat shit, no pain, no gain.

Just make sure you commit to it, if you initiate the flip and give up, you're never going to land on your feet. 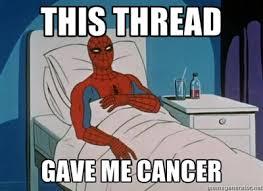