I haven't seen dave in 5 years but I'm considering hitting 2 of the shows. There's an ontario show and a scranton pa show that moe. is opening for them. 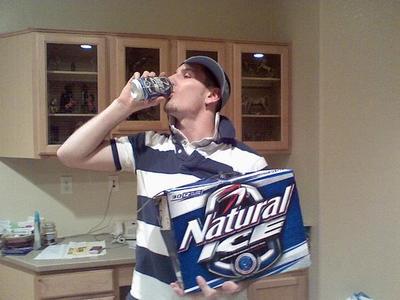 JakeAssBeatClap
Posts: 6673 - Karma: 2,553
Karma: 2,553
Posts: 6673
No Life
My dad has been a fan of DMB since the early early/mid 90's. I never went to one of their shows with my parents for the longest time. They would always offer I am just not super into their music or their scene. But last fall I finally said I'd go with them and I saw them in Chula Vista and in Long beach, my parents then went on to see them at the Hollywood bowl. To be honest they played great shows, the audience was kinda lame, but I mean the show was pretty rad. They had one jam that was awesome. In chula vista it was LeRoi Moore's birthday and they played a jam for him and it was fucking awesome.
I don't think I'd go to another show of theirs but I see why he has such a large fan base.
Feb 22 2013 6:40PM 0 0

If depends on how long moe. gets and if I do wakarusa in arkansas that weekend or not. The ontario show interests me because I've only seen moe. in canada once and would love to go back. I'm not bent on going but I'm tossing around the idea. Also Carter Beauford is one of the best drummers out there these days.
Feb 22 2013 6:45PM 0 0

haters gon' hate. They say shit without saying who they prefer to see in concert... And how could the people be that bad? The scene looks like every white college in America.
Jul 5 2013 11:56AM 0 0