Is it illegal to take a newborn home from the hospital without naming it first?

My next-door neighbors just had a baby, announcing the birth with a pink lawn sign that says, "It's a girl!" However, the space where you're supposed to fill in the name of the baby was left blank. When my sister and her friend Jenn asked why it was blank, I suggested that maybe our neighbors hadn't picked out a name yet. Jenn responded to this with "Babies can't leave the hospital until they have names. It's a law." When I stated that this wasn't true and asked where she had gotten her information, Jenn became all agitated and twirly, screaming, "Don't you think I'm credible? You shouldn't go around making fun of other people's belief systems." Because she won't believe me or tell me where she obtained her idea, I've come to you to set Jenn straight. Is there really a law that says babies can't leave the hospital without first being named?

Challenging someone on a statement of fact is making fun of their belief system, huh? That's great. I should send that one to Bill Clinton.

Laws regarding names are mostly handled at the local level, so I hesitate to generalize. But New York state does not prevent unnamed newborns from leaving the hospital, and I'd be amazed if any jurisdiction did. What does Jenn think, the hospital is going to risk an accusation of false imprisonment and the insurance company is going to pay for an extra day's stay just became the new mom and pop can't make up their minds? In fairness to Jenn, though, hospital staffers often pressure parents to name their kids right away, evidently on the theory that an unnamed person is a potential monkey wrench in the machinery of state.

As a matter of common law you have the right to use any name you want without legal proceedings of any kind, provided you're not trying to defraud someone. I don't know that the issue has ever come before a judge, but presumably this means you have the right not to name your kid. For that matter, there's nothing to prevent you from using an unpronounceable symbol, a la the artist formerly known as Prince, although more on that below.

Your legal rights notwithstanding, many people — including a lot of hospital functionaries — have an ingrained sense that not naming your child, or at least not exhibiting any urgency in the matter, is an unnatural act. Many hospitals have a "name lady," often a volunteer, who comes around to ask for the newborn's name before the family goes home. Typically you can apply for the child's social security number at the same time. If you play ball and name names, the service is free. But if, as you're legally entitled, you want to send the name in later, you may be hit with a fee, and worse, you may incur the wrath of the name lady.

One hospital spokeswoman told me that when she was born 30 years ago in a Catholic hospital in Connecticut, her mother planned to name her Paige with no middle name. But a nun, armed with the certainty that only nuns can have, informed mom that no child was allowed to leave the hospital without two names. Glancing around, the mother spotted a box of Kimberly-Clark tissues and decided on the spot to name her daughter Kimberly Paige. (The child was never called anything but Paige.) It seems doubtful that the now-defunct hospital actually had a two-name policy, but you can see Jenn's "belief system" goes back a long way.

If you want to change your name, you can just go ahead and change it without getting permission (married women who adopt their husbands' last names do it routinely). Nonetheless, virtually every jurisdiction has a procedure whereby citizens can petition the local probate court or equivalent to change their names. The rationale for change-of-name statutes is that they affirm your common-law right and put the change of name in the public record. Indeed, a court order may be helpful if you adopt an unusual name and need to persuade a skeptical clerk at the driver's license office. But such statutes, with their talk of "showing a sufficient reason for the proposed change," don't sound very voluntary, and one can't help but think that the bureaucrats want people to think the process is compulsory, lest wise guys gum up the works.

Take that ex-Prince fellow. In 1997 he was in federal court in Chicago defending himself against a copyright infringement suit. Lawyers referred to him as "the Artist," "the Symbol," or some similar dodge. Legal documents used the Glyph Without a Name. But finally the judge got fed up and ordered everyone to refer to the defendant as Prince Rogers Nelson, the name bestowed on him at birth. Clearly his honor was thinking, I'll take my chances with the ACLU — just give me something I can pronounce.

Regarding your column on the belief that infants must have a name before leaving the hospital, I was once acquainted with a burly six-footer whose legal name was Baby Boy Smith. That was the name on his birth certificate, and his family had never given him a name. His friends called him B.B.

— Richard Levine, via the Internet

My youngest sister was born in a hospital, but my mother was determined to spend as little time as possible there. On leaving the hospital the front desk insisted she had to name the baby and fill out a certificate. My mother insisted she had to do no such thing and she'd register the child at the courthouse in a month when she had decided on a name. Our neighbors were shocked and said, "You can't just call her 'the baby' for a month," to which I snapped, "That's better than calling her Tabitha for 90 years." My mother settled on a name and phoned the courthouse and talked to a clerk who told us it was registered. Four years later she decided to get a copy of my sister's birth certificate and found the clerk had never filled in the names and the last name alone was listed. I'm not certain why it couldn't be changed until my sister became 18, but when she tried to register for a driver's license, a DMV clerk, conflicted between her adamance that a person must be named what is on her birth certificate and her insistence that a person must have a first name, concluded that my sister wasn't entitled to a driver's license. She has legally changed her name but even then the clerk insisted, "But what are you changing it from?"

You stated: "As a matter of common law you have the right to use any name you want without legal proceedings of any kind, provided you're not trying to defraud someone." You will be fascinated to know that here in La Belle Province (Quebec), we have a section of the civil code dealing with this exact topic. Unlike the rest of Canada, which uses the English common law system, Quebec uses a Napoleonic Code-inspired civil code. Under the section "Assignment of Names," section 54, it says: "Where the name chosen by the father and mother contains an odd compound surname or odd given names which invite ridicule or which may discredit the child, the registrar of civil status may suggest to the parents that they change the child's name. If they refuse to do so, the registrar has authority to bring the dispute with the parents before the court and demand the assignment to the child of the surname of one of his parents or of two given names in common use, as the case may be."

— Matthew Wesley (and for that they should have applied section 54) McLauchlin, Westmount, Quebec

Picabo Street (the Olympic skier) was called "Baby Girl Street" until she was four or five. Her parents were hippies and wanted her to pick her own name.

— Tim Argo, via the Internet

The Quebec civil code is as described. I was of course speaking of English common law, not the Napoleonic Code. Reader McLauchlin was kind enough to forward a February 2, 1998, story from the Ottawa Citizen about Guy Lavigne, Quebec's registrar of civil status. The seven buttinskies — sorry, staffers — in M. Lavigne's office reject about 20 of the 85,000 names of newborns submitted annually, including Goldorak, Lion, Cowboy, Gazouille, and Boum-Boum. Some applicants appeal to the courts, for example the parents of Tomas Gagnon, who won the right to put an accent over the a in Tomas, which Lavigne's office had rejected on the grounds that the computers couldn't handle accents. However, the courts upheld rejection of the name Spatule, meaning either spoonbill (a type of bird) or cooking spatula.

Picabo Street was Baby Girl Street until age three, when officials questioned her free-spirit parents about the blank on her birth certificate during a vacation to Mexico. The name has been explained in press accounts as (a) her favorite kid's game or (b) the name of a town, tribe, or trout stream in Idaho meaning "silver waters." A little flaky, sure. But it beats having to answer to the registrar of civil status.
Feb 18 2013 1:13AM 0 0 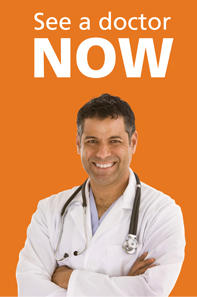