MACK.
Posts: 1230 - Karma: 1,892
Karma: 1,892
Posts: 1230
Insane
Okay so i was recently skiing with my dad and I was getting kinda of bored so I ask if he mind going through the park. So i told him just to stay to side and dont get into peoples way. So anyway while im going down I see him going towards a jump and i was thinking to myself crap hes gonna hurt himself. but he ends up hucking a 3 (which he calls helicopters) and lands it perfectly. HAHAHA i learned today that my 51 year old dad can still ski likes hes 20. Has anyone else experienced something like this??
Feb 17 2013 9:46PM 26 1

Pudge
Posts: 3718 - Karma: 3,117
Karma: 3,117
Posts: 3718
Addict
This 50 year old guy comes up to me and my friends wearing some huge Sweet Protection gear, tall tees, Crowbars and Skull Candy icons. The dude slayed on his Fischer Addicts. Does not seem as funny as you would expect but at a small local hill like mine, where everyone knows everyone–– especially in the park–– this guy no one knows who appears totally out of his element throws down and laps with us. Pretty knowledgable guy too. His favorite pro was Seany J
Feb 17 2013 11:16PM 0 0 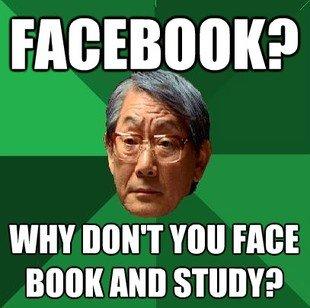 some race coach went into the park and was doing some sick 180s off of little kickers. So hilarious when his backs caught landing onetime

Capernicus
Posts: 382 - Karma: 208
Karma: 208
Posts: 382
Loner
Nice thread OP. This brought back a hilarious memory.
In 1999/2000 I was getting into park skiing with my friends. My dad would sometimes take laps with us at the end of the day and watch us try double daffys and destroy ourselves on rails. In the pipe, my dad would just ride the walls and make big arching turns until one afternoon when he invented a trick that I have yet to see since. It was called the Titanic and consisted of my dad riding along, mid-way up the pipe wall, and extending his arms so they reached the lip...like he was hanging on to a boat or something. As you can imagine, this was extremely embarrassing but he repeated the maneuver a few times until one day, on the right wall, his right ski popped off and rolled along his thigh as he rolled down the pipe causing the largest leg contusion I've ever seen. That was the end of the Titanic. My friends and I still laugh about it today. My dad knew how to ski (raced in college) but the park was just something new and fun for him...plus he thought it was hilarious.
Back then, there was really no pressure or "mean muggin" going on in parks, especially for skiers. The parks were shitty but there was a generally camaraderie of people who just wanted to huck . It's getting hard to find that vibe anymore.
In like 20 - 30 years it's going to be hilarious to ski park with our children. I can see all these dad's trying to one up each other and getting seriously injured while their kids are just sitting there with their carbon fiber skis, LED jackets, no knee injury bindings, and Gopro Hero 19s being embarrassed.
Feb 18 2013 7:34PM 0 0

don't underestimate or disregard parents or anyone else based on age. one of the most rewarding things i have ever done is teach my dad how to ski. he could get down in a shitty half wedge but when i started racing i would ski with my dad after practices and have him do the same exercises i did. by the next year he was so stoked on it he got a pair of slalom and gs skis and really started laying into sick carving racer style turns and owning people in nastar courses haha. i got better for the extra practice and the extra understanding that comes with teaching. i taught him to ski switch when i first got into park, but he never took to it like racing. got him out to visit me and ski snowbird last year on a pair of sir francis bacons, and i was amazed at how quickly he was able to adapt his ice carving style to powder and fluffy moguls with only a few pointers. i never even felt held back after the first day. so inspiring to watch him get so good so fast just by working at it for the love. those were some of the best bonding experiences i can remember, and i wish i could ski with the guy a whole lot more.

sorry to rant, moral of the story: your dad is a more capable badass then you will ever really know, so if you find something that you like doing together, do it as much as you can. you might even learn a thing or two.
Feb 18 2013 11:49PM 0 0

Reister
Posts: 279 - Karma: -20
Karma: -20
Posts: 279
Loner
My dad used to ski in and around the time he was in college but never really got into it. he hasn't skied in 20 some odd years but still takes my family to Banff every year. my sister and i go shred while my parents go out and see the sights, sit in the lodge or whatever. its pretty cool that my parents will sacrifice a day or two to take us skiing.