JakeAssBeatClap
Posts: 6673 - Karma: 2,546
Karma: 2,546
Posts: 6673
No Life
This is the goon who got the Auburn tattoo while he was (he still is) in High School. Now he shows up to signing day dressed like Nick Saban hahahah. I feel like if I was on the Alabama football team I would want to kick this kids ass at practice.
He will either become a legendary ball player who will have a 30 for 30 in twenty years and he will be laughing about how young and stupid he was... or he will play like shit/get injured and forever be that ass hat who got an Auburn tattoo then dressed like the coach of Alabama to sign with Alabama later that year.
http://sports.yahoo.com/blogs/ncaaf-dr-saturday/reuben-foster-five-star-alabama-recruit-pays-homage-165439745--ncaaf.html 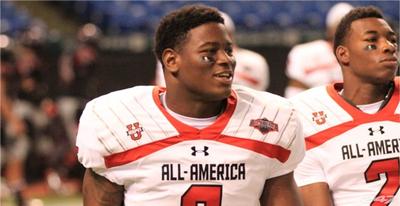 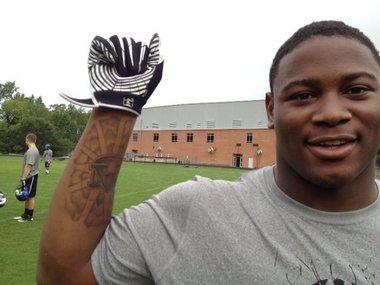 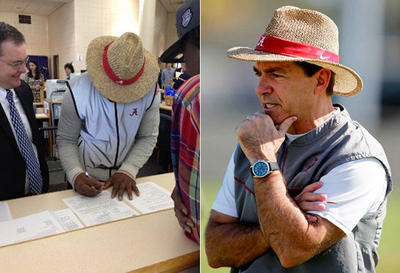 Basically 5star high school football recruit verbally committed to Alabama last year. Then he changed his decision to go to super-rival school, Auburn. To show his commitment to Auburn, he got an Auburn tattoo on his arm.
Well, Auburn won like 3 games last year, while Alabama won the championship, sooooo the kid decided to change his decision again back to Alabama.

Now today on signing day, he decided to dress up like the head coach of Alabama to sign.

Kid is a dumbass and a headcase, but what else can you expect from a top recruit out of high school who has been treated like a king. Oh, and his teammates will probably beat the shit out of him anyways, so whatever.
Feb 6 2013 2:45PM 0 0