Phrase- Burn it Down
http://www.youtube.com/watch?v=rGXnGSndB7M
(Which you can't watch in Australia, how strange.)

DizzyG
Posts: 698 - Karma: 291
Karma: 291
Posts: 698
Ridiculous
Pretty sick, but itll probably take some time for me to get used to that accent in rap. and its def up there with eminem, but idk about better 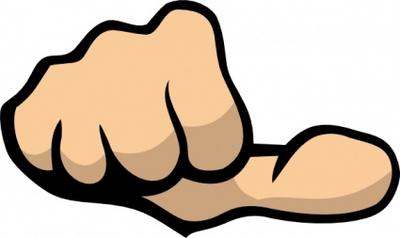 hitler revolutionized the world with the holocaust. does it mean it was any good?
that's a whole different ball game i know. but you can like slim shady, but i don't. i like flowy raps, not like really choppy ones. so eminem isn't my cup of tea.. go ahead and get mad. btw i'm 11
Aug 22 2012 11:25PM 0 0

also horrorshow are from sydney and are fucking sick! just toured europe but theyre not as big as bliss n eso or hilltop

they rap about real shit.
bliss n eso are releasing a new album next year. Sydney represent !
i like 360's battles but not so much his music. went to one of his mtv secret shows a couple of years ago before every hipster swag faggot started liking him
Aug 23 2012 9:47AM 0 0

macka from bliss n eso proposed to his girlfriend on stage, check that crowwdd!


two completely different styles, bliss and eso is more pop than hip hop, rock, anything...eminem helped get hip hop into the hands of white kids who were buying dre's mediocre raps with a new level of flow and witty lyricism that wasn't exposed to the masses before. em is pure hip hop, these guys are some hybrid of new age and pop rap. not a bad group though, I love the message and they have some seriously nice sampling work.

however, listen to 'infinite' (eminem's first LP before he was slim) and you won't be able to argue that em wasn't one of the best to ever do it. it's the reason he got signed.

other good aussie rappers are Drapht, Murph & Plutonic, Delta, obviously Hilltop Hoods. surprising amount of dope rappers from out there given the culture.

nice thread, would like to see one of these for UK rappers as well. lots of REALLY dope shit out there too that's not as dark/jedi mind tricks-ish as you'd think would come out of there.
Aug 23 2012 1:02PM 0 0