How is Obama allowed to be president?

BlackCupid
Posts: 1533 - Karma: 8
Karma: 8
Posts: 1533
Insane
He admits to having committed multiple misdemeanors, possession of marijuana and underage possession of alcohol. How then can he claim to be a valid candidate for the presidency? How does he consider himself worthy of presidency?
Aug 7 2012 5:10PM 0 0 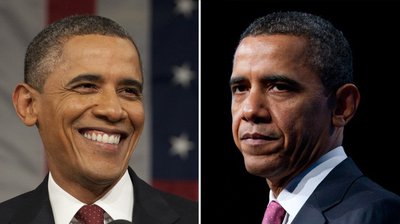 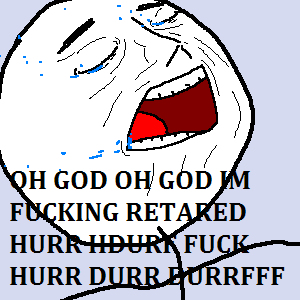 HitTheJim
Posts: 787 - Karma: 399
Karma: 399
Posts: 787
Ridiculous
Shut the fuck up, you're getting no answers because you're a god damn idiot who thinks he's way smarter than he actually is. This discussion is stupid and if you said something that was actually polarizing and relevant people would give you a real answer.

Nathn
Posts: 2408 - Karma: 63
Karma: 63
Posts: 2408
Addict
You don't understand politics I take it.
His stance on health care reform was very left wing and he needs to try to at least some what neutral so he can have some support of conservatives to get things he wants accomplished done that he finds more important, and also so he can be allowed to be re-elected.
If a president did everything they wanted to in their first term people would call them "wreckless" or whatever.
Some times you need to lie about what you actually believe to gain support of certain other things
Quote me on this, Marijuana legalization stances will drastically change if Obama is re elected this year
Aug 7 2012 8:27PM 0 0

HitTheJim
Posts: 787 - Karma: 399
Karma: 399
Posts: 787
Ridiculous
Whether Obama's stance on weed changes or not, I still don't see any progress in terms of full fledged legalization coming for a very long time.

Bill.Nye
Posts: 4060 - Karma: 2,109
Karma: 2,109
Posts: 4060
No Life
Yeah, when he was running in the democratic primary in 07. The health care reform that actually passed is not left wing at all. The centerpiece of the Affordable Care Act was an individual health care mandate, which was first proposed as an alternative to "left wing" single payer health care by the Heritage foundation (a right wing think tank) in 1989.
Plus, your argument assumes that the Republicans will work with him if he works with them, and if we've learned anything from the past 3.5 years it should be that if Obama came out tomorrow and said the sky was blue John Boehner would get on TV and say that the sky is red and anyone who thinks it is blue is a socialist.
Obama is continuing the drug war but when was the last time you heard the right wing give him credit for that?
Aug 7 2012 9:00PM 0 0 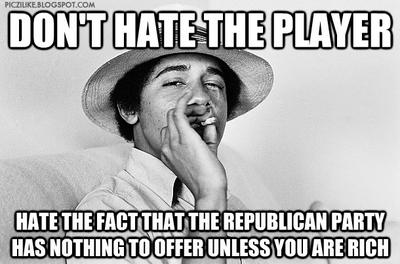 "His stance on health care reform was very left wing and he needs to try to at least some what neutral so he can have some support of conservatives to get things he wants accomplished done that he finds more important, and also so he can be allowed to be re-elected."

Yes the political game. It really sounds like some sports strategy. Ok, you do this to please these people, and promise the other people that, and then promise those guys over there something else. Fuck that shit.

Honestly if he wants to be elected, he'll just make more of the same bullshit promises that have gotten him and every other recent president into the white house.

"If a president did everything they wanted to in their first term people would call them "wreckless" or whatever."

That's a shit statement. It's not that he didn't finish doing everything he wanted to. He didn't do shit that he said he would. Just like every other shit president.

You don't need to. It works because shit is so fucked these days. We don't need that shit anymore.

"Quote me on this, Marijuana legalization stances will drastically change if Obama is re elected this year"

Quote me on what I've been saying for over 5 years. Marijuana isn't going to be legal anytime soon. Obama isn't going to help make it legal. Anyone who votes for Obama because they think he's going to legalize weed is fucking stupid.
Aug 7 2012 10:19PM 0 0

BlackCupid
Posts: 1533 - Karma: 8
Karma: 8
Posts: 1533
Insane
I'm not asking for him to be charged. In fact, I would be disgusted if he was impeached because he had once smoked marijuana.
But that doesn't change the fact that he supports a drug war that could have ruined his life. On the issue of marijuana legalization, he is a hypocrite. That's point I was trying to drive home. I'll admit, my phrasing was a bit sensationalist (the Constitution says nothing about a presidential candidate having to have never committed a crime).
Aug 7 2012 10:53PM 0 0

turducken
Posts: 749 - Karma: 601
Karma: 601
Posts: 749
Ridiculous
The world is controlled by the Illuminati, Rothschild family and the Rockefeller family.

BravoWhiskey5280
Posts: 4020 - Karma: 518
Karma: 518
Posts: 4020
No Life
Politicians assume that we are all dumb. I know this because of the pure stupidity of the campaign adds going on right now. However, Obama has Romney beat on the stupidity meter. Fucking spongebob can present a better argument than Obama.
Aug 8 2012 9:41PM 0 0