Something to do... without an ACL.

DopeNZ
Posts: 131 - Karma: 123
Karma: 123
Posts: 131
Pro
Enlighten me on what i can do...
So, i finally finished off my knee last week. (Have had partial ACL tear for 2 years and lots of constant meniscus damage) and the last week has kept me busy, chasing specialists, scans and physios etc. but now all the rush is over, im bored as fuck.
So M&A suggest me something to do (im currently building a website for my girlfriends mums design firm) but im gonna run out of fun real soon.
I enjoy filming, and have a decent enough setup to achieve anything you throw at me (within reason) and was thinking something like the vimeo video school (like some little achievements to broaden my editing skills)

Bear in mind my knee can't weight bear at the moment, so i have to film from crutches, and im in NZ so it is not summer here.

Also: pissed it was cloudy here last night so couldnt timelapse the auroura.

.Max.
Posts: 2930 - Karma: 700
Karma: 700
Posts: 2930
Addict
You can't weight bear with your acl gone? How much meniscus damage is there? I drove home, then walked around for a week (limped) not knowing what I had done. After a month I was a fully functioning person, I could run, swim, I even bounced on the trampoline a couple times... I had a full tear, no meniscus damage. I don't think you need to be bed-ridden though.

As far as things to do if you are:

maybe try and get up to the mountain and just post up somewhere and film some park.

DopeNZ
Posts: 131 - Karma: 123
Karma: 123
Posts: 131
Pro
The meniscus damage probly outweighs the ACL, i had a massive delamination (flat tear through center of meniscus) initially, and alot of clicks between then and now, and this crash caused some mad bone bruising, and further meniscus damage. So in additon to it being unstable laterally, it hurts like fuck if it rolls onto the scar tissue/ recently damaged area. This is the reason i cant walk.
Im thinking build a jib, and another longer dolly, and might fix my steadicam. and then hopefully create a series of artsy wee videos, probly of just nature stuff, but its something not to strenuous to shoot. 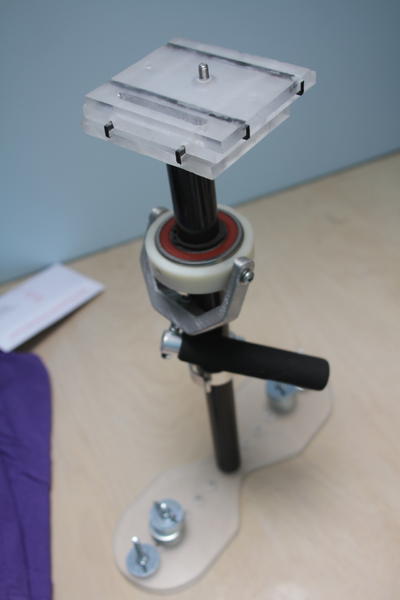 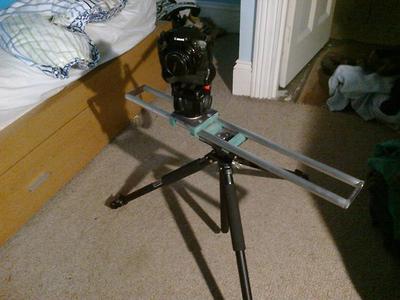 Dollys are always fun. Pvc ground track, skate wheels and plywood. Not very portable but very effective if you can get it on location.
Jul 16 2012 6:59PM 0 0
All times are Eastern (-4)