Who do you side with? 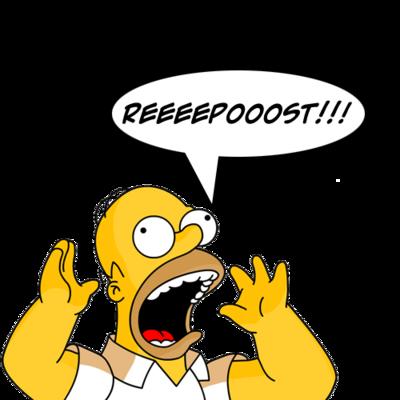 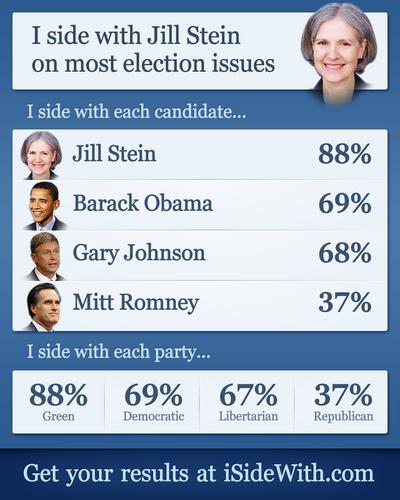 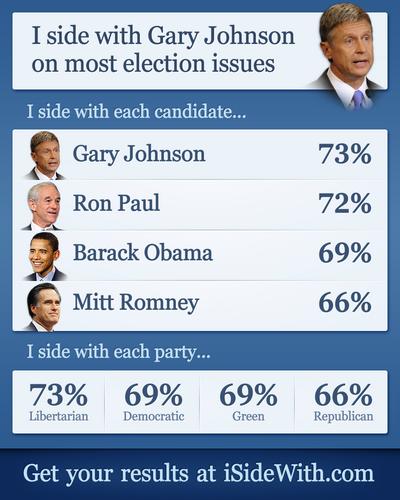 max...
Posts: 1379 - Karma: 797
Karma: 797
Posts: 1379
Insane
gary johnson 93%
didn't really know who he was so i googled him
he is a republican governor or new mexico (i'd say he is a libertarian)
but turns out he is also an absolute boss so it makes sense we match
from his campaign website: "An avid skier, adventurer, and bicyclist, he has reached the highest peak on four of the seven continents, including Mt. Everest."
Jul 15 2012 5:44PM 0 0

on social, environmental, and science issues.

Show all candidates
Who you side with by party... 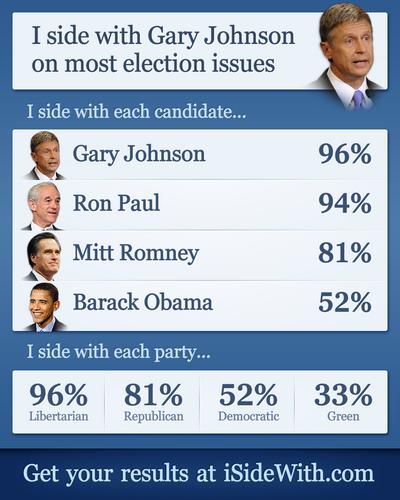 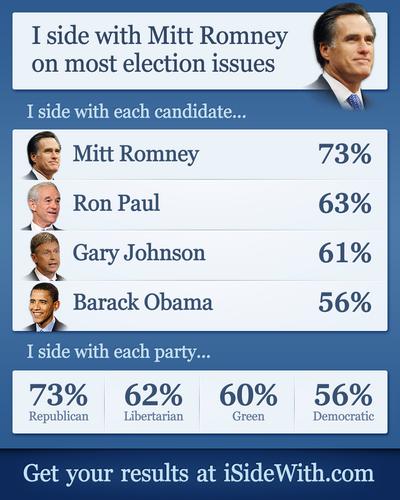 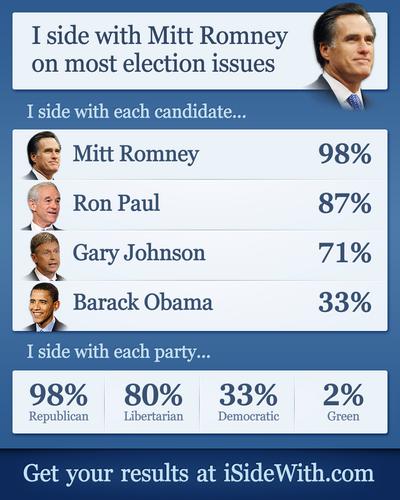 uosdwiSrjewoH
Posts: 4220 - Karma: 119
Karma: 119
Posts: 4220
No Life
not that many americans would care about my opinion in the slightest, but apparently i side with obama in pretty much all of the issues, and so do all the states that i'd like to live in some time.

also found it funny that only a couple states side mostly with romney,