So google built a brain

Lansfield
Posts: 2708 - Karma: 321
Karma: 321
Posts: 2708
Addict
So google built a brain with around 16 thousand processors and it was similarly modeled to the human brain, though of course much larger. Now this is a scary thought to most people, because it can learn, understand concepts and whatnot. What google did with it is they fed it 10 million thumb nails from youtube videos. Now what happened next is interesting.
It knows what cats are.
After deciphering 10 million youtube thumbnails, it discovered cats. Now google didnt say: "hey computer, this is a cat! Go find them!". The A.I. basically taught its self the concept of cats. This isnt surprising because we all know the internet is a series of tubes, and those tubes are filled with cats.
Heres a link to the full story: http://www.cbc.ca/news/yourcommunity/2012/06/google-brain-simulator-learns-to-identify-cats-on-the-internet.html
Spark notes: A.I. knows what cats are
Jun 26 2012 6:21PM 0 0

Flying~Squirrel
Posts: 6494 - Karma: 186
Karma: 186
Posts: 6494
No Life
but really, have these people not seen the terminator movies? and the people who designed the Ford factory which can repair itself, dont they know they are going to be responsible for the demise of humanity?
Jun 26 2012 6:30PM 0 0 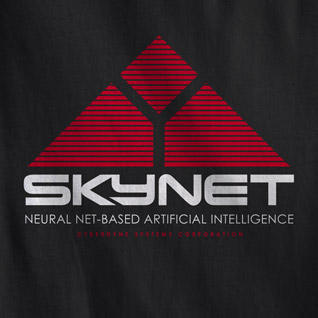 PopsicleStand
Posts: 6890 - Karma: 146
Karma: 146
Posts: 6890
No Life
you do know robotic surgery is not autonomous in any way right? it just miniaturizes and smoothes out fine motor movements and the like. The surgeon is still the one operating.
and I get that a lot of things humans do can be replaced by a machine. I just dont think that anything can be built that would completely replace humans, at least not any time soon.
Jun 27 2012 1:23PM 0 0

Lé.Skiing
Posts: 10034 - Karma: 8,109
Karma: 8,109
Posts: 10034
Crazy Fool
there was a movie based on the theory that computers are going to be completely integrated with our life.  meaning we will have nano bots in our bodies that will help us heal faster and it will work on a wireless network so if one of us gets sick we will have an automatic immunity to that version of a virus.  he stated that we are growing at an exponential rate of intelligence and soon we will reach our peak of technological advancement.  I for one cant wait for this shit to happen. I also want to be able to take a trip into space like its no big deal.