Jani Kaaro is a scientific journalist, a researcher and encyclopedist, and he has some of the most insightful columns that I have read, time after time. I'm going to translate a few of his articles, if you have time and interest, check it out.

In the recent years, there has been a lot of talk about how children need to experience feelings of success. Sure, I agree, but I'd like to add that children need to experience failure just as much. Learning isn't magic, but it is forged from the hot iron of failure. That is why in this article I'm calling for a known teaching philosophy where mistakes are taken seriously, but there is no punishment for failure.


An interesting episode took place in 1980s California - an experiment where failure was eliminated from the school curriculum. Behind the fact was a program aimed to raise the self-confidence of children. The idea came from the thought that juvenile crime and vandalism was caused because of self-esteem issues in the youth, so by complimenting and cheering them their confidence would rise, and the problematic issues would lower.

Raising their self-esteem was pure American sentimentality. Three times a day, the children could theatrically announce: "I'm a great person!" Each child had their turn in carrying a badge which read "I'm Awesome!" They received books to read at home, with titles like 'The Greatest Princes and Princesses of the Kingdom of Self-Esteem'. Teachers were advised not to criticize students so their fragile self-confidence wouldn't shatter. They removed the lowest rating of 'F' from their grade scale, as F stands for "Failure".

The self-esteem program of California is a warning example of the consequences of unjustified praise. The children's self-esteem did grow alright, but it had no basis in reality. They thought they were the greatest students in the world, although they were some of the worst. I'm sure it was no coincidence that between the years 1987 and 2006 narcissistic features in American students grew by 65%. Juvenile crime and vandalism stayed the same.


What about the Finnish system then? Where children are rewarded by succeeding? Well, take a look around. How do you think it's working? Have you seen any signs of how focusing on getting good grades in exams or a final degree have stirred up an interest and a curiosity for the world and an eternal desire to learn more about life itself? As long as I remember, the conversation has tended to be towards the idea that school itself kills this natural curiosity.

What should we reward our children for? If talent really is - as the experts tend to say - 99% hard work, then the only real talent is perseverance. That would make the main question how to feed the perseverance in our children - the answer is to reward them for trying.


A great example of this approach comes from a study by Carol Dweck, a researcher at Stanford University. He handed out simple problems to be solved to over 400 elementary-aged students. When the children returned their assignments, they were given two types of feedback. Others were told "You must be a real genius!" while other were told "You must have really tried very hard."

Dweck deduced, that if children had been praised for their smarts and intelligence, they didn't want to take a risk of failing and appearing dumber than they were believed to be. If children were praised for their motivation for trying hard, they had nothing to lose - only something to win.

Dweck's previous work has shown that our ability to learn and adapt to new things is mainly reliant on our attitude. The point isn't what abilities we have, but if we see those abilities as innate and unchangeable or something we can improve upon.


If we feel that our skills and abilities are what they are and we can't really work for them, why challenge ourselves, why try and cross boundaries and try some more if after all the effort we'll just end up back in square one? However, if we feel that we can improve ourselves, we see challenges and attempts as necessities towards new learnings - every mistake and failure is just another possibility to fix our imperfect approach towards new things.

Like physicist Nils Bohr once said: "An expert is a man who has made all the mistakes which can be made, in a narrow field." That's the message we need to deliver to our children. 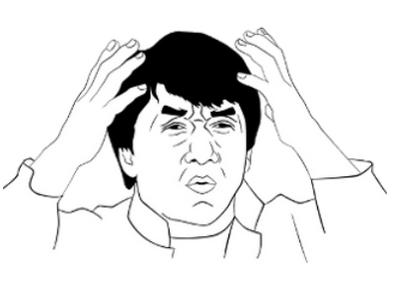 Nowadays in Finland, though, there are less rewards for those who could exceed, and they are in part held back by the attention taken by the worst students/kids not able to adapt to the system. With our semi-succesful No One Gets Left Behind thing, I think the more qualified kids are not getting the attention they actually deserve.
May 15 2012 6:02PM 0 0

ShredMasterPlus
Posts: 1156 - Karma: 791
Karma: 791
Posts: 1156
Insane
Could have told you that, School systems are a joke these days. This self esteem rising shit is bullshit. It just makes being able to tolerate failure in real life so much harder. at the high school I went to there has been like 10 suicides in the last 2 years. Shits fucked up.

Mike-O
Posts: 14593 - Karma: 1,078
Karma: 1,078
Posts: 14593
Crazy Fool
I remember one kid in our class all throughout elementary school (1-6 Grades) who was horrible at Math. He constantly kept getting F or F- even on every math test, but our teacher still let him float through, giving him many other chances to get it right until he finally got something worth a D-. Because of this behavior, he never learned what happened when real failure came a-knockin', and the stories I heard of him when he went to a different Junior High than me were pretty fucking crazy. He had no grasp in the reality of being in school were someone won't just shift you onwards and such became an adolescent thug, stabbed a teacher, all that shit.
May 15 2012 6:11PM 0 0