You last saw Upton on the cover of Sports Illustrated swimsuit issue. The 20-year-old was famously discovered after making a video at a basketball game that went viral.

Now, Upton is in a major movie, wearing a so-called "Nun-kini," that leaves little to the imagination. She's wearing a nun's habit and a crucifix.

Bill Donohue is the president of the Catholic League and he says Upton's cameo is gratuitous and insulting.

"It's like they decided to remake The Three Stooges but we got to find a way to stick it to Catholics," Donohue told INSIDE EDITION.

Also in the movie, comedian Larry David plays a nun, he is the cruel Mother Superior.

The studio behind the movie, Twentieth Century Fox, responded to Donohue's criticisms and said, "The nuns that Mr. Donohue alludes to are, in fact caring, heroic characters in the movie, albeit within the framework of a very broad comedy."

And they fanned the flames by joking about Upton's sexy swimsuit.

"I think we did the audience a favor by letting Kate Upton wear the 'Nun-kini' rather than (co-star) Larry David," said Twentieth Century Fox.
Copied from inside edition. Do you think she'll get kicked off skullcany?
Apr 13 2012 10:54PM 0 0

not_fucking_you
Posts: 28 - Karma: 10
Karma: 10
Posts: 28
Lame
how fucking dumb do you have to be to think she will be thrown off skullcandy for wearing something racy? 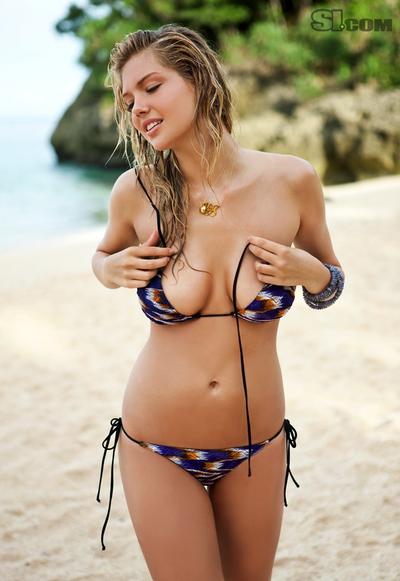