mightyboosh
Posts: 171 - Karma: 30
Karma: 30
Posts: 171
Pro
Anyone else a fan? Watching Manhattan right now, such a good film i'd recommend it to anyone. All his films are great, a lot of meaning but humour too. Post up some quotes/film recommendations!


- You're problem is you think you're God.
- Well, I've got to model myself after someone.


- You have no values. Your whole life, it's nihilism, it's cynicism, it's sarcasm, and orgasm.
- You know, in France I could run on that slogan and win.


- That's quite a lovely Jackson Pollock, isn't it?
- Yes, it is.
- What does it say to you?
- It restates the negativeness of the universe. The hideous lonely emptiness of existence. Nothingness. The predicament of Man forced to live in a barren, Godless eternity like a tiny flame flickering in an immense void with nothing but waste, horror and degradation, forming a useless bleak straitjacket in a black absurd cosmos.
- What are you doing Saturday night?
- Committing suicide.
- What about Friday night? 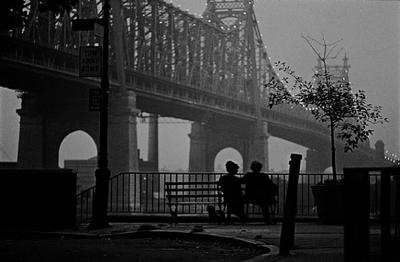