Islam, the religion of peace and tolerance.

cobra_commander
Posts: 16856 - Karma: 4,376
Karma: 4,376
Posts: 16856
Post Whore
What would be the world wide reaction from Muslims, if Brits Australians, Kewi's, or Canadian's decided to kick over some Muslim graves, and take sledge hammers to Islamic sculptures?

These must just be part of those 'fringe' 'extremest' groups.

I guess that is one way to say thanks for providing air superiority during our revolution and keeping us all from being systematically killed.

nothing to see here, move along. Just the religion of peace.

i can understand where youre coming from but you have nothing to argue besides blind hate and provokig emotions.

you say you live in a country with a "muslim" problem? you say that ALL muslims can be corrupted to carry our suicide missions and general violence? you must be fucking bear grylls to be still alive.

i guess you know the history of the UK better then me, so you can see where all the muslim immigration is coming from. suck the life out of all your fucking colonies and dont even bother with dealing with the people. british people killed probably ten times more people in their colonies than muslims did in britain. hypocrisis for the win.

cobra_commander
Posts: 16856 - Karma: 4,376
Karma: 4,376
Posts: 16856
Post Whore
I am confused again. I could not find any connection between the white supremacists linked in the article and the Tea Party, nor could I find any endorsement made by the Tea Party for the actions of those nutjobs the article was describing. I am interested in what drew you to decide the two were connected.
Mar 7 2012 11:19AM 0 0

i'm not saying they can't do that
i'm saying it's "disrespectful"

Mr.Panda
Posts: 17711 - Karma: 558
Karma: 558
Posts: 17711
Post Whore
So it's completely a-ok for liberal pundits and commentators to call Republican/Conservative women cunts, sluts, whores, and other such things as well as for the OWS movement to turn the Oakland one into a "fuck the police" rally and proceed to half destroy the city right?
Mar 7 2012 8:59PM 0 0

Mr.Panda
Posts: 17711 - Karma: 558
Karma: 558
Posts: 17711
Post Whore
Basically what I am saying is that comparing what those guys in the video did of desecrating graves and comparing it to political rallies in the US that aren't violent in anyway is like comparing bears to rabbits.
Mar 7 2012 9:01PM 0 0

DingoSean
Posts: 23403 - Karma: 18,903
Karma: 18,903
Posts: 23403
@th1337
I see it this way.
A lot of Islam in the middle east, whether it be due to colonialism or developed animosity of the west due to years of being shoved around, has begun to shift into a much more pissed off populace that goes beyond the religion. Religious institutions get involved with political aspects here in the states, and I'm 100% positive there are groups here and in other mainly 'christian' countries around the world who use religious doctrine to influence the masses. Ever seen Jesus Camp? Fuckers in that movie were basically calling for their own Jihad - and were focusing on CHILDREN in their indoctrination
They had planes and trains and cars and BOMBS in the 1930's and 1940's right? I don't remember hearing any story of muslims flying to the USA or to the UK and trying to shove one up our backside. Then again, back then, Israel was still Palestine - which is where what I'd call the GENESIS of the animosity all started. If the USA and western world can just come in, kick out all the muslims out of a place that's been run for YEARS by Arabs, then why couldn't they do it in Iraq? or Iran? or Egypt? or anywhere else? It has nothin to do with Jews. If they established a Christian nation on that coast, you think it would be any different? (hell, I'd assume it would be a WHOLE LOT WORSE..)
So this isn't ISLAM that's the problem in my opinion. It's what it's developed into as shit's gone downhill for their own little world of sand.
Mar 7 2012 9:48PM 0 0

Zimmerman
Posts: 6992 - Karma: 1,008
Karma: 1,008
Posts: 6992
No Life
and there's a difference here. dead people are dead. alive people are alive. simple concept, right? I'd personally be much more offended if I was compared to Hitler than if my gravestone was kicked. It's a stone that means nothing. That's just me though

It's not just for them you dumb fuck, it's a memorial to their sacrifice, so that it never be forgotten.

this whole isreal thing fired back so quickly its not even funny. biggest problem is that they still act like they are the big bully (i know they have a legit army) but oh my god would they be quiet if they didnt have the NATO/US support.

i understand that jews had a tough time and everything. but its safe to say that more problems were created than solved with that. there wasnt even such a thing as a jewish race. the picture of that is just nazi-propaganda.

i also heard that thing once that the nazis did a lot of anti-UK and anti-US propaganda in the middle east (as well as the germans in the first world war) and that a lot of the anti-western feelings there are partially rooted there.
Apr 6 2012 5:38AM 0 0

Having studied this topic extensively, it's not difficult to see that all the Israelis want is peace. If they were not surrounded by lunatics enamored with Jihad, they would have no reason to act aggressively. Yet the problem persists because the so-called Palestinians are given credibility, which they deserve no more than the MEChA movement's claims to previous Mexican land in the US.

shibby
Posts: 7088 - Karma: -21
Karma: -21
Posts: 7088
Crazy Fool
Wow, wow, wow...this thread is full of the resident self professed history majors of NS talking about RETARDED shit. It's hilarious to see people defending Islam because hundreds of years ago it was a peaceful haven for forward thinking science. Or, denouncing Christianity because of it's war on science, the Inquisition, whatever, that happened hundreds of years ago too. And then we have those talking about Saudi oil as if it has anything to do with this discussion. I actually respect your knowledge but wanking to the history of mankind is completely fucking IRRELEVANT to this thread. The point is, you don't see other religions (except MAYBE Zionist Judaism) affecting the whole world the way fundamentalist Islam does. Anyways, I'm getting bored...

TLDR: What happened hundreds of years ago in OTHER faiths is IRRELEVANT. Bandolero dropping knowledge as always.

Disclaimer: I think all religion is retarded.

Looks like they're getting pretty good at destroying infidel graveyards.

Explains the absolute failure of Muslim integration in Europe, from research done by a Danish prison psychologist. It basically takes every Islam apologist's argument and rips it to shreds. It's a long read but worth it.

S_Jenk
Posts: 345 - Karma: 92
Karma: 92
Posts: 345
Loner
Generalized, yes. But in a nutshell, yeah I'll give it to you.
Teachings of loving your neighbor, tolerance, generosity, and not committing murder I find perfectly acceptable ways of living though. But what does a brainwashed, ignorant Catholic know anyways?
Apr 29 2012 4:06AM 0 0

Campeador
Posts: 7516 - Karma: -1,225
Karma: -1,225
Posts: 7516
Crazy Fool
This recently from Tunisia, birthplace of the glorious Arab Spring. A man is beheaded for the heinous crime of converting to Christianity.

The video itself is extremely graphic, but the article is worth reading. I would recommend it to those who consider themselves liberals or "progressives" yet are too stupid to believe in evil, especially the vast amounts of evil sanctioned by Islam and Islamic culture. 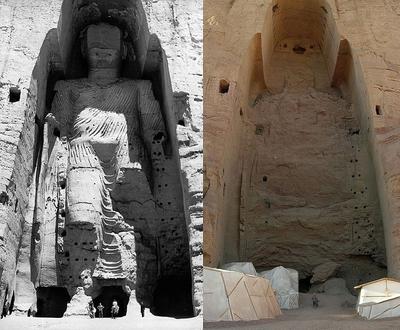