How to lucid dream tonight!

Lansfield
Posts: 2708 - Karma: 321
Karma: 321
Posts: 2708
Addict
i search barred it, nothing came up. so here we go:
The most effective means of lucid dreaming is to invoke Sleep Paralysis. This is where your body has been shut down by your mind, but you are still awake. Your dream states begin and you are fully conscious the entire time. I found this is the quickest way for someone to begin lucid dreaming on the first attempt. Lay down to go to sleep. This works best if you are extremely tired. Lay on your back with your arms at your side and eyes closed. STAY PERFECTLY STILL. You must stay awake. Your brain will send signals to your body to see if you are ready to sleep. These signals include getting an itch, wanting to change your body position, or wanting to blink or move your eyeballs (remember your eyes should be closed). YOU MUST IGNORE ALL OF THESE IMPULSES. After about 20-30 minutes you will feel a weight on your chest. You may even hear weird noises. You are now in sleep paralysis. If you open your eyes you will begin to hallucinate (dream with your eyes open) and you will not be able to move your body. Your body is completely asleep. Now that you are aware you are dreaming. You can shut your eyes and begin to dream about anything you want, instantly. You will be fully aware you are dreaming and can now (with some practice) control your dreams. Now that you are lucid dreaming there are a few tricks to: A. Check to see if you are dreaming B. Stay dreaming while fully aware you are dreaming A. You can do a few things in a dream to test and see if you are dreaming. You can flip a light switch. Flipping a light switch will never turn on a light. Most of the times it does nothing. Another thing to do is look in a mirror. You will never see yourself. Once you have done this, you have confirmed you are dreaming, and now have control over your dreams. B. Once you realize you are dreaming, your mind will try to wake up. The best method (I found) to stay asleep and dreaming is to spin in a circle (in your dream). This part of the brain will take all of the attention away from waking up and now you will be into a DEEP sleep. Good luck!
Feb 22 2012 8:46PM 10 2

Bmo.
Posts: 4907 - Karma: 2,666
Karma: 2,666
Posts: 4907
No Life
have a few beers before you go to bed will help immensely when you are trying not to move and just lay there for a half hour
ive been experimenting with this for the past month and have had some crazy trips. the only one i can remember vividly, i was traveling down this colorful tunnel really fast. it was super trippy, and awesome. a bug bit my leg and i came to, i got so pissed because it made it go away haha
Apr 27 2012 12:05AM 0 0

First, you must find multiple triggers. As mentioned before, looking in a mirror is a good one. You will always look distrorted. Also, in dreams, you never have 5 fingers on your hand, nor will you feel anything when you pinch yourself.

The way to induce lucid dreaming is to knowingly perform these triggers RIGHT when you wake up, and DOZENS of times throughout the day. You want to make it a HABIT for your body to do these triggers and expect a certain result. After doing these triggers A SHIT TON of times when you are awake, you will start to do them in your dreams, but find another result. This is where the trigger happens. Your mind will realize something has changed, which will induce "lucid dreaming". You can now control your dreams.

One of the big tenants of lucid dreaming practicing is dream realization. You want to remember as much of your normal dreams as possible. When oyu wake up, wake up slowly, and keep a journal by your bed. You remember more when you slowly wake up.

Another trick to remembering your dreams is to set your alarm clock 2 hours before you normally wake up. This shoudl cause you to wake up mid dream, then re-entering you back into that dream, which will increase the chances of oyu remembering greatly!


Doing all this shit, becoming more familiar with your dreams, the triggers, can help you achieve realization, which can help you control them, with practice.

Lucid Dreaming RARREELLLYYY happens on your first try. Its much more complicated
Apr 29 2012 2:42AM 0 0

would this work with headphones in... cause it would probs increase the trip. 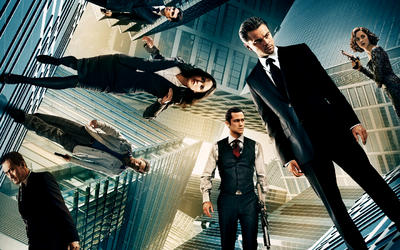 Afterbang.no
Posts: 1105 - Karma: 4,296
Karma: 4,296
Posts: 1105
Insane
Inb4 i'll post an epic story, i assume, without reading the whole thread that you have seen the movie "Walking Life" or will download it at once.. it's the smartest, coolest movie i ever saw.. it's all about lucid dreaming!

Well, it was a few months ago, when me and my buddy sat at a nearby bar to grab some bees before we hit the town. We where talking about lucid dreaming, when a older man just came out of nowhere and sat down by our table and went like: "So, you guys talk about lucid dreaming huh? Well if your not already addicted to that stuff i suggest you'll leave it!"
We went like, "why? it's amazing!" and he started to tell his story that went something like this:

it's gonna fuck you up.. sooner or later! Myself discovered it when i was at high school, around then i did it as often as possible, it was insane! I got good at it, real good, and as you probably know, when you get good at it, you can do anything!
so after high school i bought my own apartment, i was never a very social guy, and now whit this obsession of dreaming lucid, I'll say i locked my self up. I figured dreaming where way cooler than actual life! When i was awake, it was boring, you know? You can't just do stuff! so when i was awake, i lighted a spliff, wrote down my dreams, eat and just wanted to go asleep again!

So you see, it became everything, i was exploring this shit! I started to try and push my dreams.. You know when you think "I really wonder what's gonna happen if I ..." or "I'll wonder how the people around me react if I just stop giving a fuck about norms, and just stand up, and take a leak inside the buss when it's driving!" whatever.. this part where so interesting!

Well, here's the problem! I  started getting problems with my methods for knowing when i was dreaming or not, I figured because everything just where kinda floating, i couldn't just watch my clock, try to turn of the light, or watch my self in the mirror, it was all the same, the shit did'nt work anymore!
I didn't think of the consequences back then, not even when I started waking opp in jail, instead of my bed back home... every fucking day!
Apparently I had just walked straight in to a electronics shop and taken a bunch of stuff I found nice, and then tried to walk straight out again! I thought i was dreaming! i was like, wonder if i just can go and grab the stuff i want here, and not pay for it! I remember it well, of course i was awake, so it kinda makes sense!

I was high as fuck when the caught me, bringing me to jail.. Worst place ever, In that place you know, just a little cell and a backyard, just routines all day, in my conditions, no way if i could tell if i where dreaming lucid or just being awake!
I finally, after walking around in there being a nutcase, I got to talk to some doctor in there, figuring out what to do etc. 6 months!

No I'm here, I'll never smoke again, and I try to not dream lucid, but when you have been dreaming lucid for years it's a bad habit to turn around.. only thing i know that works is to get hammered before i go to bed, witch is bad as well, I can still pee on the bus, but at least i won't try to rob some electronics store!"

We couldn't say anything, and he left!


His story is sick, and after seeing that guy, i believe him! I still dream lucid once in a while, but i don't think the shit is very healthy to do often! 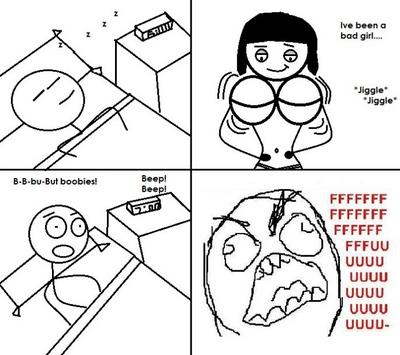 Clark_Griswold
Posts: 1283 - Karma: 48
Karma: 48
Posts: 1283
Insane
My friends and I used to discuss this in creative writing senior year all the time. We all went over to one dudes house and all tried it together. Apparently if the vibe is right in one room every one can do it. We all did. A few of us have been getting into astral projection since graduation. I've only gotten it successfully once. But I have a whole journal of lucid dreams and my attempts of astral projection, shit is rad
Sep 27 2012 8:31PM 0 0

K_Carter
Posts: 583 - Karma: 58
Karma: 58
Posts: 583
Ridiculous
this shit sounds crazy. i had similar experiences when i was on pain killers after surgery. i would have the craziest dreams every single night, had to stop taking them cause i couldn't handle it.
Sep 27 2012 9:01PM 0 0

FerrisBueller
Posts: 8280 - Karma: 5,165
Karma: 5,165
Posts: 8280
Crazy Fool
Ive had this sleep paralysis once before, but the thing on top of me was this giant all powerful feeling green reptillian human screaming throughts at me (like he wasn't talking but yelling at me still) and he was shaking me and shaking me.

been doin it fo years