Abu_Hajaar
Posts: 2741 - Karma: 3,834
Karma: 3,834
Posts: 2741
Addict
I was at a friend's house when i came across these gems. I asked if i could have em and he said i could (I don't even snowblade). I've never seen these before and was wondering if some could tell me anything about them (Worth, year made, ect.)
picture of them 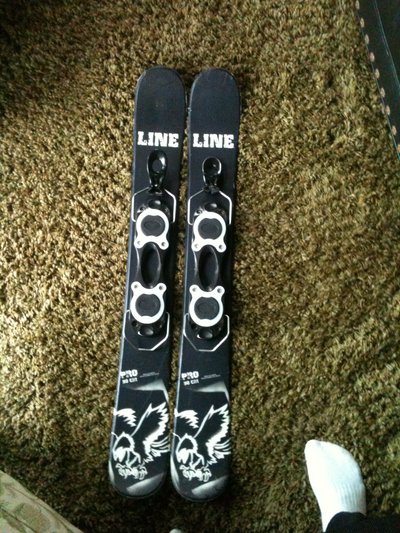 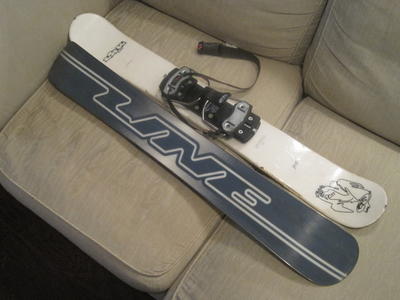 Thats how line started, Jason Leventhall basically scaled down the dimensions of his snowboard and made what were eseentially snowblades however they were originally called ski board, but salomon copied him as did a lot of other brands. Correct me if I'm wrong but I believe he won a silver medal at     x-games for skiboarding

tyberesk
Posts: 446 - Karma: 41
Karma: 41
Posts: 446
Ridiculous
They are a more recent version of the line ski blades. You can tell because they have 8 hole plastic bindings instead of the more durable/flexier 4x4 bindings. These are post Mike Nick/Weapons/etc Because they have the 8 hole bindings, they arn't worth nearly as much and may explode on you. Be careful if you decide to ride em.
Jan 25 2012 7:50PM 1 0