i have only had problems with bending brakes

Also, I'm willing to be you're riding Marker M.11 Free bindings or something similar/out of the royal series (or squires)...

I've had issues with Griffons/Jesters, but even I wouldn't say they suck, I just abuse me equipment too much to use them and need something with more durability than them (which is why I pretty much only use FKS bindings on my park skis, cause I trust them).
Oct 26 2011 11:56PM 0 0

Markers are good when set right, not the best admittidly (in my opion) but when set up correctly they work fine.

zack_h123
Posts: 314 - Karma: 109
Karma: 109
Posts: 314
Loner
i do have to add one thing to this thread, i dont know if marker have sorted it out yet, but on the jesters a there is no vertical toe adjustment i got about 2/3mm of vertical play in my toe piece, which seriously pissed me off! tbh you couldnt really notice it when riding cos of the downward pressure into the toe piece but i knew it was there and i could feel a clicking occasionally. as far as pre releasing goes, never had any problems at all. if the auto adjustment has been sorted or there is a manual adjustment like on the dukes, would be so much better, but tbh i still wouldnt ride jesters over STH 16's.
Oct 27 2011 4:51AM 0 0

RyandaGod
Posts: 2840 - Karma: 42
Karma: 42
Posts: 2840
Addict
marker actually does suck. Squires and Griffons are all plastic and absolute trash. Ive personally ridden a pair of griffons for less then 5 times and the heelpiece exploded while skiing groomed. Metal is better if you weigh over 150 imo

Skiingsnow
Posts: 1567 - Karma: 796
Karma: 796
Posts: 1567
Insane
I ride on DIN 9, if i get a pair of 9 din bindings and they break it does not mean they suck, if someone who ride din 5 get fks 18s and blows their knee this doesn not mean fks suck. Markers serve the purpose they are designed for well. I ride jesters and love em and also griffons, and dont love em as much.  metal is better if you way 150+ and know how to ski i agree but saying marker suck is stupid

I'm obviously not talking about the lower level bindings.

max hill had some on his afterbangs. he had them cranked to 21, he said it wasnt worth it to hike back up the hill to get your skis. he also has no brakes on them.

sure, they get paid. but if markers sucked like you say would pro skiers of their caliber risk serious injury for a paycheck they could receive from any other company?

Balto
Posts: 25983 - Karma: 4,249
Karma: 4,249
Posts: 25983
@th1337
Did I say pros? no I said skiers, I suggest you learn to read. Have you ever ridden any royal family binding? They are down right scary. Way to much plastic, large amount of play in the toe, the heel piece can slide right off the track when you eject(i've had it happen to me, and have seen it happen countless times), the list goes on. Do you see people like Seth or Sage riding them? Hell no, they stick with fully metal bindings that have never let anyone down(916s/fks when sage was on rossi). Do some research, there are more complaints about marker bindings then any other brand, and a shit load are about the royal family line.

i had dukes on a pair of skis last season for all of 3 days before i got rid of them, I just could not ski them safely without the din being up at 14 and having the forward pressure overly tight. Do you understand how sponsorship works? A rider if offered a spot on a brand's team if they are lucky, and then paid to use that product and say how good it is. Not every brand wants the same rider, and pro's have to make a living, so they go where they can get payed. You know absolutely nothing about bindings, stop talking.
Oct 27 2011 2:41PM 0 0

you think pollard/plake/fujas/dadali etc couldn't get any binding sponsor he wanted?

why should i research your point nib? i provided evidence to support my claim. why dont you do the same?

i know nothing about bindings? how do you know that? nib 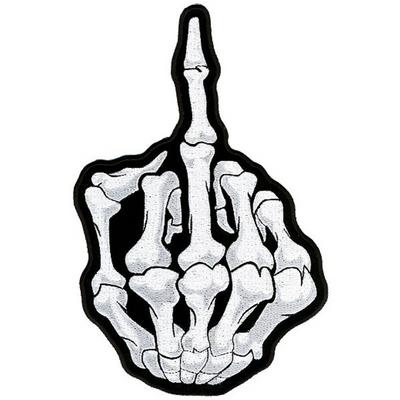 AlexF
Posts: 271 - Karma: 206
Karma: 206
Posts: 271
Loner
Massive over generalisation?!
Marker have definitely put out some crappy bindings, but so has every one else!
Examples:
Salomon; Their Din 16 and 18 bindings from about a decade or so ago are bomber and reliable, I have a pai which are about a decade old and they look like crap but work better than any other Salomon I've tried since. In fact, I especially hate some of the Salomon bindings of recent year which have these stupid toepieces that get loose and needed to be constantly fiddled with
Rossi/Look; I remember being stoked to see these come back a few summers ago. I also remember being pissed after breaking them on my first day on them at Momentum! Fortunately I made the decision to pay a bit more to get them from TMC in Whistler, rather than buy them online for less. Result; no problem from TMC, they took gave me a new set of binding, helicoiled the holes and mounted the new bindings no cost, no questions asked. If I'd bought online and out of town I'd have had to buy a new set of bindings and pay for the mounting work and hope that the manufacturer would eventually send me a new pair. I'm now a massive fan of TMC and will always buy from then when I'm in Whistler if I can.
Marker: I've had some questionable experiences with the 'free' series of bindings way back. However, I've got a pair of Dukes on a set of skis and a set of JEsters on another. I haven't used either that much but I haven't had any complaints so far. The Dukes are heavy compared to AT gear but are beefier and for as I just do a bit of slack country rather than hard core trekking with them I think they're great. Jesters are on big fatties (Kuros) and I've never really pushed them. However, my sister has jesters and griffons and she swears that the griffons are crappy by comparison.
Tyrolia, Head, 4FNT, etc...; Probably the most consistently decent set of bindings over the past decade. When the decent Salomon and Look designs disappeared a decade or so ago the only binding that I liked was from these brands. The 15 din bindings were light, didn't come loose and I never had any problems aside from breaking one toe piece. To be fair to the binding, I've no idea how I didn't get broken too! The 18s are completely bullet proof, I've got a second hand pair who's previous owner was Sean Petit (claim!) and they work absolutely fine despite them being mounted too two different pairs of skis that I've broken.
I've read that Salomon are reintroducing the bomber bindings of old that I remember, pivot bindings are back, Tyrolia are still going strong and Marker seem to have some pretty daman good new options. Good time for ditching tired bindings!
Oct 27 2011 7:38PM 0 0

O-A_s
Posts: 373 - Karma: 58
Karma: 58
Posts: 373
Loner
I have ridden griffons for two seasons, and I have only had one problem once, which was bending brakes, a quite common problem with ski bindings. I have nothing bad to say about them, they are super light and I never pre release.(I weigh 70 kilos and ride with DIN on 8). A friend of mine on the other hand blew his griffons on the third day. ( he could just put them back together but still.)
Some are just more fortunate than others i suppose.
PS: My friend and I ski equally hard.
Oct 28 2011 10:55AM 0 0

onenerdykid
Posts: 6135 - Karma: 6,809
Karma: 6,809
Posts: 6135
No Life
You never want to MAX out your DIN- if you fully compress the spring, then it loses the elasticity it needs in order to provide consistent release values, and will therefore not operate properly. You want to be a least one or two settings short of max.
Oct 30 2011 4:01PM 1 0

This pre-release issue is clearly isolated or Marker would be facing massive negligent lawsuits.

smilingchris
Posts: 317 - Karma: 72
Karma: 72
Posts: 317
Loner
Ive had my griffons for over 3 seasons and this is my third season on my jesters. On both binding I've had them set on 10 and I weigh 10stone. Ive never had a pre release! They have only ever come off when i want them to! Exactly what I like in my bindings!
In my opinion at this current time I wouldn't put my trust in anything as heavily as marker.
Going off the topic, Last year I was in france at some event were the salomon stall was there with the new skis that i could test for a day. I used the rocker 2's with their bindings. Got them all onto my din settings and went skiing. Ive never liked salmon bindings but i thought for a day they would be alright. I went round a corner fast going down to a lift, double ejected and broke both my thumbs.
So that just shows if that happened first run, why haven't my markers done that for 3 seasons?
Surely they don't suck.....
Dec 2 2011 5:54PM 0 0

steezenskis
Posts: 1044 - Karma: 31
Karma: 31
Posts: 1044
Insane
holy shit. everyone has at some point pre-released from their bindings. it doesnt mean that the company as a whole is crap. if it happens repeatedly, get you bindings checked out, dont just max the DIN's, as some people have done. A lot of times, its the forward pressure that is calibrated wrong or you have an isolated defect, so get your bindings tested.
I had a pair of Salomon sth drivers that pre-released on me. i didnt jack them up to 16 and then rant on NS that they suck, i brought them to the shop, where the tech told me that the toe piece was defective and i got a refund. So shut the fuck up!
Dec 2 2011 7:31PM 0 0