[Image removed upon request of owner]

The Rape Tunnel being fabricated in Richard Whitehurst’s Columbus studio.

Richard Whitehurst is a Columbus-based artist who made his mark on the Ohio scene by showing at the William Strunk Jr. Museum of Contemporary Art in Akron and internationally regarded galleries such as Alexandria Asheton Gallery and Seward Projects Space. He was the 2006 recipient of an Akron Culture Committee fellowship and has quickly become a seminal figure in the often overshadowed Rustbelt regional art scene, rapidly moving from sculpture and installation to more challenging situational based work that would make Nicolas Bourriaud’s head spin.

In fact, his new controversial work, THE RAPE TUNNEL, which is set to go on view at Columbus’ 4D Gallery on October 30th, has come under fire from Columbus-based feminist groups not to mention, local law enforcement officials. The artist plans to place himself in a room, the only entrance or exit being a 22 ft long plywood tunnel constructed by Whitehurst himself. Then he says that for the duration of the gallery’s opening (from 7:00 p.m. to midnight) he will rape anyone who travels through the tunnel into that room.

On a recent trip to Ohio, nearly all art-related conversation stirred wildly around Whitehurst and his tunnel, with half the people hailing him a vastly important figure to keep an eye out for, while others regarding his work as cheap and exploitative – not to mention very dangerous.

We’ll let you readers decide. The following interview was conducted on September 22nd via e-mail correspondence.

In the 4D Gallery main room, I’ve constructed a 22 ft tunnel out of plywood that leads into the project room. There is no way in or out of the project room except for this tunnel. As you travel through the tunnel, it gets smaller and smaller, making it so that you have to crawl and put yourself in a submissive position in order to reach the tunnel’s destination. At the end of the tunnel the subject will find me waiting in the project room and I’ll try to the best of my ability to overpower and rape the person who crawls through.

Because as an artistic gesture, it’s one of the most impactful I can think of. For the past ten years Ohio’s art scene has been largely centered around a string of alternative spaces in Akron’s warehouse district, where people had been putting on art shows. At the beginning I happily participated along with everyone else but then I started to feel like it wasn’t going anywhere. It dawned on me that if the work we created had never existed the world would be no different than if it had. None of it mattered to anyone outside of our small and insignificant circle of peers. I wanted something that would have more impact.

I started to think differently about my work. In 2007 at the Seward Projects Space in Columbus, I had my first breakthrough with an installation that was to be the prototype for this current one. It was called THE PUNCH-YOU-IN-THE-FACE TUNNEL. It was the same set-up as THE RAPE TUNNEL except at the end of the tunnel I’d punch the subject in the face instead of raping him or her. The impetus was completely reactionary to the current state of art, and motivated by pure frustration.

As it turns out, I ended up breaking the nose of the third person to crawl through the tunnel, an aspiring model. She went to the hospital and eventually sued me. Her modeling career was put on hold. The civil case was long and drawn out and the matter still hasn’t been resolved. To this day she still has unpaid medical bills. The point of this long aside is that all this took place two years ago, and I’m still having an impact on this young lady’s life, something not many other artists could claim about their work.

But rape is way more extreme than a punch to the face. Is your intention to ruin people’s lives?

Possibly. I’m not necessarily concerned with the positive or negative effects of this project so long as there is some effect on people’s lives. I’ve merely set up a situation where there is potential to impact people in meaningful ways. Maybe I won’t be able to rape everyone who crawls through the tunnel, but the door is open for all kinds of scenarios; rape, serious injury, maybe even death. I might even get arrested.

Right now the installation isn’t even complete, and I’ve riled up a substantial portion of the local population. The installation as an idea is powerful enough itself.

By “substantial portion of the local population” are you referring to people that have been protesting this event?

How do you feel about the protesters?

I’m fine with them. They have the right to speak out against this installation. The project would be an utter failure if it didn’t create this kind of open dialogue.

Not really. I personally think rape is morally reprehensible and something that should generally not be allowed in our society. Most people feel this way, which is why the act is exploitable for the purposes of my work. If people were not so repulsed by rape then this project would fail.

Does this mean you’re willing to go to jail for the sake of your work?

I am. The local authorities are already threatening to have this exhibition shut down. Caroline Miffen [4D Gallery director] to her credit has hired a team of lawyers working hard to ensure that THE RAPE TUNNEL will proceed as planned. At the end of the day there’s a disclaimer on the door so people know what they’re getting into.

It would seem that what you are proposing to do will not technically constitute rape for the obvious reason that whoever enters into the tunnel is acting of their own free will,therefore making the act consensual. If you aren’t really raping anyone, doesn’t that undermine the credibility of the project?

First of all, I want to make it clear that I plan to make the experience as unpleasant as I possibly can to anyone who dares to crawl through the tunnel. I will try to the best of my ability to make them regret their decision.

Secondly, rape is not always a black and white issue. The definition is argued almost everyday in courtrooms around the country. The woman who gets too drunk one night and regrets having sex the next morning, was she raped or not? There is no easy answer. I hope some of that ambiguity will manifest itself in this project.

Do you have any limitations on the kind of person you’ll rape?

None whatsoever. It could be men, women, old, young, fat, thin… anyone.

What if a police officer crawls through the tunnel?

Then I will probably go to jail. But before that I’ll try my very best to sexually assault him or her. The tunnel is constructed in such a way that it gets smaller the closer you get to the project room. The bigger you are, the more difficult it is to comfortably crawl out. And trust me, I have a lot of secrets up my sleeve to ensure that I can overpower anyone that comes through the tunnel.

Where do you go from here then, a “Murder Tunnel”?

No. That would be too much like repeating myself. I’ve thought about this long and hard.

I’m in danger of painting myself into a corner here and I fear that the sensational aspects of my work might overshadow my ultimate message. If I could somehow cure some disease in the name of art, that would be interesting.

The problem with most of today’s art is that it’s being created for a world that doesn’t want or need it. So many other lesser modes of expression have taken the place once held by art in the culture. I’m trying to totally reconfigure art’s importance in the world and make it meaningful. The process will take a long time. I’m not really sure what the next step will be. I’d rather concentrate on the current project[.] 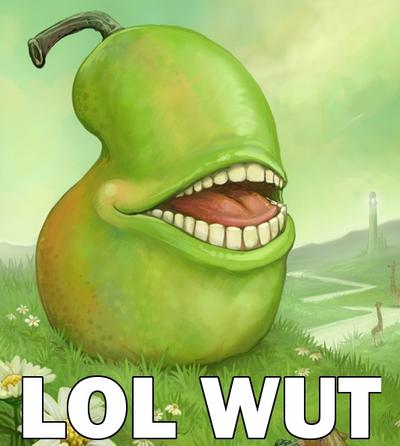 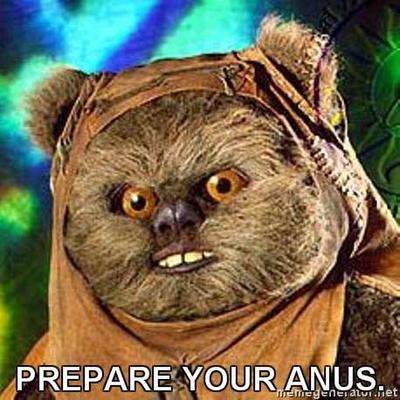 I just spent a few minutes on Google, and this interview was released in 2009. It turns out that the artist, the interviewer, the curator, and even the art gallery do not exist. It was just written for shock value, and I suppose since it got me to look up the artist, it worked.
Oct 8 2011 8:37PM 0 0 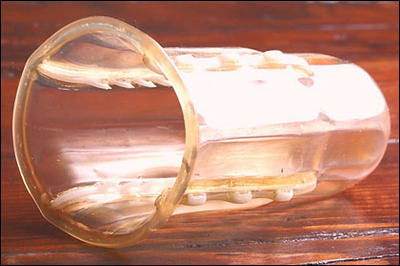 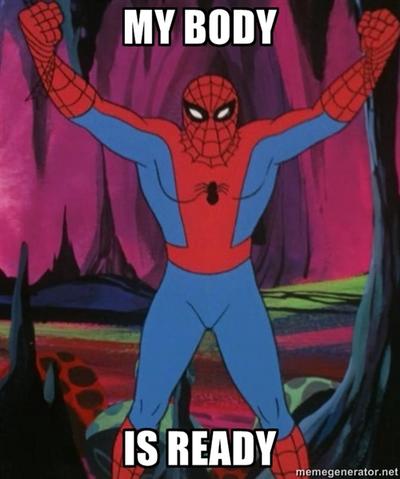