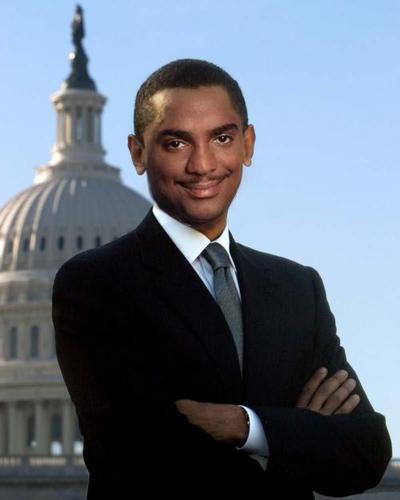 Marijuana is going to stay illegal for a while. fucking hated seeing the deadheads for obama stickers or noob highschool kids that were like obama is gonna legalize weed yo.


Fucking idiots. At least the Republicans come out legit and go:
"We don't give a shit and will keep weed and gay marriage illegal"

DingoSean
Posts: 22759 - Karma: 15,214
Karma: 15,214
Posts: 22759
@th1337
The biggest reason i'm for the legalization is because it would mean my money is going towards the government attacking more serious drugs... like METH...
Wasting time busting pot growers is stupid as fuck when law enforcement agencies really should be blowing up meth labs instead - which are far more destructive.
Oct 7 2011 1:16PM 0 0

My point still stands though, most of NS gets trolled into believing the gov't in any fashion will legalize pot.

Then they start these stupid petitions with the tagline essentially "Oh, when I smoke I don't go drive and shit and it's fun!!!1!ONE!!!!"

You fucking idiot kids, it's illegal cause of the paper industry not cause of the smoking. People took the opening segment of Pineapple Express too seriously here didn't they? (not you Dingo but just NS in general)
Oct 7 2011 1:19PM 0 0

DingoSean
Posts: 22759 - Karma: 15,214
Karma: 15,214
Posts: 22759
@th1337
The only reason gas went down that far though was because of an absolute crash in the economy in 2007 lol.
You are right though. I personally had no expectations for legalized weed just because of Obama...
I can't see weed being legalized anytime soon unless a downright crazy powershift comes into play - which is severely rare in this day/age.
The 60's need to happen again for that to happen.
Oct 7 2011 1:22PM 0 0

B.bowzz
Posts: 659 - Karma: 210
Karma: 210
Posts: 659
Ridiculous
THANK YOU my point
plus, although im not a patient myself, this is definately going to anger the people who actually need medical marijuana.
now that cali is taking out all the dispensaires, its setting an example for other states to do so as well, which is going to make it even harder for it to be legalized in the future.
its also retarded because it shows how fucking stupid the government is, and they are spending money on an issue like this one instead of worrying about the US economy and the unemployment rate, and not to mention the trillions of dollars of debt they are in.
Oct 7 2011 3:19PM 0 0

medical was never  going to be a step for across the board Legaliaztion,  it has become a niche market for some to explot and has done mor e to harm the progress then most would like to admist(imo).    at least in oregon we have no dispensersy to shut down.  and the MM community is pretty much left alone in oregon.  we have strict laws on it. but it has kept the loopholes small.

but this does suck for the people who truley need their medicen.  not just fucks like myslef who had a bad shoulder and got a card.

JamesR
Posts: 3396 - Karma: -12
Karma: -12
Posts: 3396
Addict
People only do meth because they can't afford better drugs. Why can't they afford them? Because illegality drives the price up. All available evidence shows that decriminalization or legalization reduce drug use. I agree with the general sentiment, that weed prohibition is foolish, but the solution isn't to cut prohibition on weed and pump more money into prohibition of other drugs.
Oct 7 2011 6:34PM 0 0

LiveSnowJKS
Posts: 199 - Karma: 10
Karma: 10
Posts: 199
Pro
the medical dealers that arent paying adecquate taxes by some law are going to be shut down not all!!!
Im not an obama fan at allll but for one a lot of the congress makes the majority of the decisions as well not just mr prez.   weed being legal would be legit though on another note

DingoSean
Posts: 22759 - Karma: 15,214
Karma: 15,214
Posts: 22759
@th1337
Its not even so much the money... its the money going towards focusing on a certain thing.
I believe, instead of paying x amount of government DEA agents to monitor and expose marijuana...
Take that x amount of government agents and put it towards the monitoring and exposing of more serious drugs...
That said, Weed is in the same class, or in a more severe class as a lot of really fucking heinous substances... I believe downgrading its severity would do a lot of good on its own...
Oct 7 2011 6:48PM 0 0

JamesR
Posts: 3396 - Karma: -12
Karma: -12
Posts: 3396
Addict
Yeah,I see what you're saying. I just feel like there is so much out there that can be done to help struggling, good people that should be much higher up on the list than controlling drugs. I'm not a proponent of government programs, but if they're taking taxes anyway, why not put it towards counseling kids in areas or with families that would create a higher risk of drug use? Not D.A.R.E. or bs like that, but actual therapeutic or psychological counseling that would have a HUGELY positive impact on children. That's the only way to end drug use; help the children.
Oct 7 2011 7:04PM 0 0

NO.    people that do meth are looking for an epic UPPER drug..  you could say the fast pace of soicity is driving people to add speed to there lifes in order to keep up.  its as easy as popping an adderal to sucking dick for a hit.

lets not get these two confused for a second

JamesR
Posts: 3396 - Karma: -12
Karma: -12
Posts: 3396
Addict
Good point. Let me try to redefine my position and you can let me know if it makes sense or if I'm just trying to weasel my way out of wrongness :p People only poison themselves, blow themselves up, and partake in the trailer park variety due to the illegality of the substance.
Oct 7 2011 7:17PM 0 0

How bad does it have to get before people realize prohibition doesn't work.