smooticus
Posts: 1798 - Karma: 27
Karma: 27
Posts: 1798
Insane
So I had my last exam of the term today. Vector Calc, fucking hard class and its been kicking my ass, but i studied my ass off for it and felt pretty good. It was at six. But wait you might be asking yourself, at six? But its ten till six. Welllll, that is because it wasnt actually at six, somehow my fucked up brain, in the confusion of finals week convinced itself that it was at six when it was, in reality, at four. Ya thats right I fucking missed it. Hence im boned. On top of that I got served for a little incident at a party over six months ago and I have to take 3 days off the beginning of next term to show up in court 20 hours away and pay a huge fucking fine most likely, with the copious amounts of money that I have sitting around of course. not.
cliffnotes: "see title"
Mar 17 2011 8:53PM 0 0 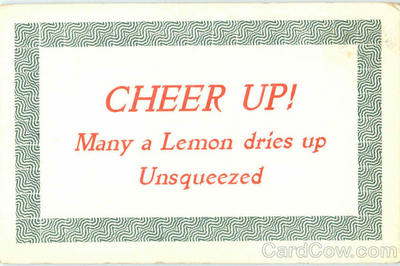 funkmasterFLEX
Posts: 319 - Karma: 14
Karma: 14
Posts: 319
Loner
this shit happens, at a lot of schools that care about its students, they allow 1 fuckup like this(1 chance to write an exam you missed), but if you dont take the exam within the next 3 days you dont get ti take it at all
id contact your registrars office, ta, prof, coordinator whoever
Mar 17 2011 9:32PM 0 0