NO! NOT MY SACRAMENTO KINGS!

Jamestown
Posts: 4002 - Karma: 46
Karma: 46
Posts: 4002
No Life
So as some of you may know, the Sacramento Kings may become the Anaheim Kings (ew) or the Los Angeles Kings of Anaheim (LA already was the Kings). Now I know how you Seattle fans felt.

I will mourn the move of the greatest NBA team of all time for a long time. Does anyone know of any good support groups for PTSD?

Any other Kings fans who feel my pain?

im   a blazer fan....    and we almost lost our team and it would have been portland to OKC

yeah there is no reason to have 3 teams that close.     i hope to god they dont move.  its bullshit.  and the more teams that leave closer to the blazers the harder our scheduale is... and there is this conspiricy that david stern hates the NW and has been allowing the teams to leave one by one.. and now the blazers are on a fucking island.

skier_boy26
Posts: 11293 - Karma: 485
Karma: 485
Posts: 11293
Crazy Fool
No, you do not know how it felt in seattle.
See, in Seattle, we had good owners. Then the dick face behind Starbucks bought the team. Oh, local owner? Kewl. Right? Wrong.
No, lets go ahead and bitch for renovations. Oops, that doesn't happen, so let's sell it to some douchebag from Oklahoma City. Now, douchebag from OKC says he wants to keep the team in Seattle. Then he goes on an ultimatum run saying: new arena, or no dice - we'll move to Oklahoma City. Now, usually this would be no big deal, except seattle and western washington is full of hippies and the city let them buy their way out of the contract with the arena. Then you have douchebad David "commishcunt" Stern who basically acted a bitch and let the move go through.
Of course the team had been around for 40 years.
Kings have been in Sac for... 25? Something like that.
But it doesn't change the fact that the NBA is fucking gay anyway.
Feb 22 2011 11:33PM 0 0

DingoSean
Posts: 22633 - Karma: 14,677
Karma: 14,677
Posts: 22633
@th1337
It gives me great pleasure to let everyone know that the Kings, a year ago from throwing a last second hail mary to convince the NBA to give one more year in order to keep the team in town, has caught that pass and scored a fucking monumental victory.
The Sacramento City Council has approved a 7-2 vote on building a new Arena, which will open in 2015.
No moving to Seattle. No Moving to Anaheim. No moving ANYWHERE except into a brand new, likely awesome facility which will revitalize downtown Sacramento and help it keep on growing by bringing in new jobs, new excitement, and lastly, improving civic pride a thousandfold.
This is absolutely HUGE for Sacramento - a city that was torn apart by the housing bubble, and headbutting politicians - where businesses have left the area for greener pastures, or the graveyard, and where the city looked to be hitting a huge downturn what with the one thing they had to cheer for, leaving for despised Southern California.
But nope. Fuck that shit. We put our foot down, told Disneyland to SUCK IT, told mr. Stern he better not turn us into another Seattle, and we stuck it to the man when we didn't have a shot in hell.
Here we stayed. 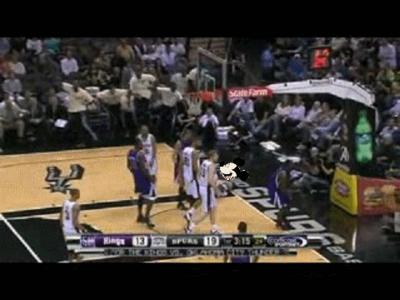