WikiWiki
Posts: 5584 - Karma: 420
Karma: 420
Posts: 5584
No Life
http://www.newser.com/story/107082/hacktivists-strike-to-defend-wikileaks.html
apparently theyre fucking with anyone who is against wikileaks or trying to shut it down
they shut down mastercards website, the bank that froze assanges accounts
took over paypals blog, and now are supposed to be going after visa and amazon
and they are creating thousands of mirror websites of wikileaks so that if it gets shut down the leaks will continue
moral of the story is dont fuck with 4chan
Dec 8 2010 10:51AM 0 0

Bieblfilmer
Posts: 8 - Karma: 10
Karma: 10
Posts: 8
Newb
I really dont like 4 chan when it invades NSG with all the bullshit memes and sayings. not nating on 4 chan just think NSG and 4 chan should reamain separate 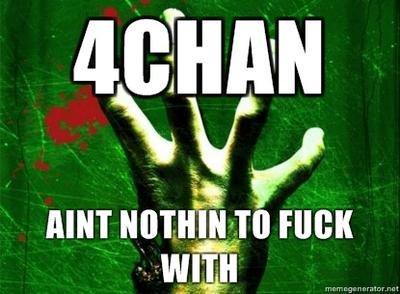 Powdered_Donuts
Posts: 2180 - Karma: 185
Karma: 185
Posts: 2180
Addict
they have continued and will still continue to release cables in fact its kind of funny because they are releasing so much stuff since he was arrested 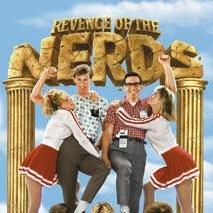 even if they shut 4chan they'd communicate some other way. or make a new site or something.

TWoods
Posts: 9972 - Karma: 7,915
Karma: 7,915
Posts: 9972
Crazy Fool
They hacked the the scientology site for a few days, wreaked some havoc and called for a day of demonstration against the church of scientology. They had like 300 people outside the london location and they caused a bunch of damage to a lot of the locations around the world. I was surprised - there was about 60 people in front of the main location in SLC even.

From what I understand, They did it because the church started advertising with their celebrity members on the internets. haha.

Here was the youtube vid - it got a bunch of people kinda scared at the time. But they made it sound like a much bigger deal than it ended up being.

if that doesn't work -


look up anonymous scientology london protest and there's a bunch of videos. It's not super exciting but worth a look.

Anonymous is the one who is doing it.

The fact that they have the power (balls) to level high profile sites like this is amazing.

I know what 4chan is full of. I also know that Wikileaks is an institution that protects both truth and justice. And that Wikileaks, under scrutiny, has been replaced in that capacity by 4chan.

My sadness stems from the fact that truth and justice are being attacked in the first place, not anything against 4chan as an entity.
Dec 8 2010 1:49PM 0 0

Arabian.
Posts: 9632 - Karma: 47
Karma: 47
Posts: 9632
Crazy Fool
Mostly it's just a lot of kids with LOIC DDoSing en masse, but there are a few that are very talented. Wolfmankurd, Applebaum, Soup_Nazi, etc. the douchebag kiddies are the ones ddosing sites. The real hacking is going on behind the scenes.
Dec 8 2010 2:29PM 0 0