What's the mood like in your local lift line?

I don't know if everyone was just in a bad mood but the tension was so fucking high. As soon as I got off the gondola to get in line (I loaded at the village to get in line at baseII) I'm greeted by-

That was the direction I was already walking... thanks?

Later standing in line my buddy tells me jersey cream might be closed when we get up there. I reply with, "oh, why?".

The guy in front of me pipes up-

I wasn't aware I needed that?

Everyone gets up excellerator chair and I take one super deep trackless run, smile on my face. I get back in line to take another awesome run when the lift stops.

Someone fell off? Nope-

"HEY HE PUSHED ME OFF! CALL THE SKI PATROL!"

Are you fucking kidding me? Who pushes a guy off the lift?

I decide to head over to solarcoaster a run later and am met with another line that isn't moving. We wait for about 20 minutes, the lifties and mountain guests go around and tell everyone ski patrol is still doing avy control and they don't have an ETA for when they'll get the all clear.

Sounds reasonable, but before you know it people get restless and begin to scream and yell at the lifties to let them on. A mountain safety guy goes up the lift and everyone booos. People were acting life drunk teenagers. I felt embarrassed to be in that line.

What does NS think, is this not far off from your mountain? Or am I too sensitive? 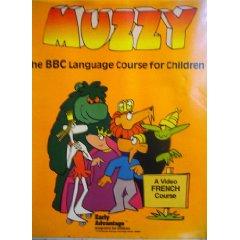 Skithedeep
Posts: 645 - Karma: 39
Karma: 39
Posts: 645
Ridiculous
that sounds terrible. at my home mountain you cant tell the locals by the people not being able to figure out how the lift lines mesh together, but no one ever says anything if they accidentaly cut, i love being at a chill mountain with minimal dbags
Dec 1 2010 1:56PM 0 0

it depends how long the line is at my mountain. if it's ridic long people get antsy in their pantsies and flip shit when someone "cuts" or if the lift stops because i little kid couldn't get off perfectly. if it's short it's just chill trying to get back to the top to ski some more and no one really cares if the lift has to stop.

One of the lifties at my hill is super uptight about getting 4 people on every lift.  Sometimes my brother and I will just hang back so we don't have to jam on the lift with two snowboarders, only to get fucking screamed at by the psycho liftie.  I just want to be like "dude, chill the fuck out, there's only 6 people behind us in line and it's a high speed lift on a hill with 180 vert.  Waiting an extra 10 seconds never killed anyone."

Style+eeze
Posts: 6901 - Karma: 545
Karma: 545
Posts: 6901
No Life
Ours are pretty cool. The park lift at my mountain hosts mainly park skiers and snowboarders, but also families. Everyone seems to get along fairly well. But sometimes there are douchebag, overprotective parents swearing in front of their kids. Like, yeah... we're definitely setting a bad example for your kids while you're dropping f-bombs every sentence.

But overall I'd say chill. I definitely know what you mean about Whistler. I feel like at the lower lifts that's true, but getting over to peak at 8:30 in the morning on a pow day, you're bound to witness nothing but stoke. And when the first skiers come down and drop Air Jordan, everyone's clapping and hollering and congratulating. I love it when that happens!
Dec 1 2010 2:32PM 0 0

ButtahMastah
Posts: 9666 - Karma: 1,511
Karma: 1,511
Posts: 9666
Crazy Fool
Before I broke my afterbangs I would hear gapers talk about the "lights" on my bases because of the fluorescent green bases on them. I also heard one guy telling his kids that I had my skis mounted backwards. I ski amongst many gapers, but no one ever gets mad or rude in the line.

I think the closest thing to a conflict I can remember ever seeing at Bogus was this kid that ducked under a lift line in front of a bunch of people...then apologized when they noticed and quietly went to the back of the line. hahahahah We don't really get many powder days and definitely none of that avalanche stuff though so maybe people just don't get a chance to show their powder day douchebaggery.

A.Eberhard
Posts: 4426 - Karma: 410
Karma: 410
Posts: 4426
No Life
Some people are just general douchbags. You won't here people obeying the rules and keep shut shooting out, so it feels like everyone is a douche when really only 10 max are.

Ran into a back of a older racer guys ski's accidently and I don't know if it's just hate because we wear big/flashier clothes, but I get the response " Want to do that again bud? "
Just told him to mine him saying bud doesn't make him tougher and just cause he ski's gates doesn't make him the best skier on the hill. That was one awkward wait in the lift line...
Dec 1 2010 4:01PM 0 0

Lift lines at my mountain are super chill.  They usually arent very long and the only people who are ever assholes are the ones who arent from around.  One time two friends and i were waiting in line.  After like 5 minutes theres a family behind us.  It is 3 people who are clearly out of state and new to skiing; a father mother and daughter.  We see another friend clipping in his skis at the end of the line and motion for him to come forward.  Fill up our quad, and its all good no one gets shortchanged or anything.  The Father in the family behind us yells at us and threatens to call the cops.  Not ski patrol, the COPS. We just told him to chill and eventually his wife/girlfriend? calmed him down. Only bad experience i have had at my mountain in lift lines.


The only problems I have at Red in the lift line is before opening chair when I go early to get at/near the front of the line only to have some old local walk in front of me and snake the whole line. I don't really care though, because he isn't going where I'm going. If it means so much to him - he can have it.
Dec 1 2010 5:09PM 0 0

DERS.
Posts: 6299 - Karma: 1,291
Karma: 1,291
Posts: 6299
No Life
haha thats lame
in telluride everyone is pretty cool with each other
only thing remotely close to that that ive ever experienced was after 4ft of freshies gold hill/prospect bowl was closed for a day or too after the storm for avalanche work. and then when they finally opened it ppl were waiting at the ropes and when the ropes were dropped all hell broke loose. couldnt see anythhing because so much powder was being kicked up a few ppl fell. and i managed to make the 3rd chair up out of over 200 ppl.. dope!
Dec 1 2010 5:13PM 0 0

StevenR
Posts: 1372 - Karma: 33
Karma: 33
Posts: 1372
Insane
The one pow day we had at my mountain was pretty chill. My friends and I got like second and third gondolas. One of my friends got there after a line had formed behind the rest of us and he just kinda joined us. some old due said "Young man, I have seen people killed for doing what you just did". He was only semi serious/mostly joking though. We also had a friend walk into the gondola barn just as we were loading up and he got in with us. I'm sure it pissed people off but I didnt hear anybody say anything.
Dec 1 2010 5:21PM 0 0

rozboon
Posts: 1642 - Karma: 827
Karma: 827
Posts: 1642
Insane
Sometimes the line for the 6-pack at my home mountain gets a real bad vibe. The queue looks real huge but being a 6 seater detachable it moves a helluva lot of people really fast but people still get all antsy. Climbing over your skis to get 1 row forward, throwing a massive hissy if you call a mate forward, stuff like that.
We were once at the back of the queue and suddenly some middle-aged guy skis up over my friend's tails, along his skis and into the back of his bindings. He turns around and is like hey, wtf man. The guy just looks at him and shouts GET OUT OF THE WAY. So we all turn on him and are like shit, it's a queue, what's your fucking deal, guy just stands there shouting YOU'RE IN THE WAY, MOVE.
Was getting pretty heated, the guy swung a ski pole at my friend but just missed deliberately, my friend pulled off his skis and started advancing on the guy when his wife/whatever dragged him away. All over nothing. Bad buzz.
Dec 1 2010 7:02PM 0 0

Welcome to Whistler on any pow day, especially early season. Too many rad shredheads, even midweek.

selkirks
Posts: 1978 - Karma: 59
Karma: 59
Posts: 1978
Insane
I've never had a single problem at my mountain. Even on a powder days at Chair Six (an old, 13-minute long fixed-grip double chair), which can get fairly long liftlines, there still aren't any problems. There's often music blasting, and no one is ever afraid to shout out "SINGLE!" in the liftline. At the quads and at Stella, the lift crews are great at getting four (or six) people on every chair. On the chair, conversation is friendly. The vibe overall is much less pervasive and much more chill than what I've seen in this thread.
Dec 1 2010 7:26PM 0 0

HalfandHalf
Posts: 1216 - Karma: 205
Karma: 205
Posts: 1216
Insane
dam thats retarded, people like that piss me off. ofcourse everyone is impatient and wants to go up, but pushing someone off of a fucking lift? yelling at lifties? come on.

the lift lines where i ski kinda depend on the weather. bad weather-bad moods etc. it also depends on whose there on that day