In practice he refused to carry a veteran player's pads because Bryant isnt into the whole hazing thing. So instead he bought the team dinner. the final tab was $54,896.

He also bought his teammate Roy Williams a pair of shoes. type of shoes yet to be determined.

theabortionator
Posts: 46233 - Karma: 99,890
Karma: 99,890
Posts: 46233
Basement Dweller
What the hell could I even order? I like saving my money. I mean I spend money, but I try to be smart with that shit. I could see treating myself to a nice dinner, even though a cheeseburger would make me just as happy. Maybe a couple bottles of good wine, even though I don't know much about wine.

I don't think I could get a bill over 1k without trying really hard.

These guys just dropped $55K in one night. My guess is, the poor ass valet boys just had the night of their life.

My guess is, that restaurant doesn't usually make $55K on an average night. Owner probably bought his wife some nice diamond earrings, so the local jewelry store just made some money. Not to mention the commission the worker there just made from the sale.

Obsessedwski
Posts: 2261 - Karma: 71
Karma: 71
Posts: 2261
Addict
As if this incident doesn't make me sick to my stomach with worry for our society, this just made me straight up depressed:

"It's something we have to deal with. That just the way it is now," Kemmner said with her voice full of emotion as she waited Tuesday afternoon with other parents outside a store for the students to be released from the school. "It's sad. It really is, but that's just the way our society is now." 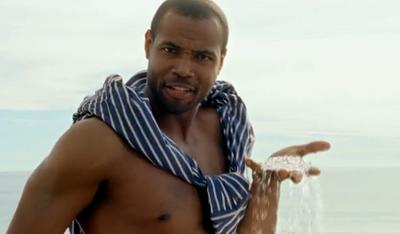 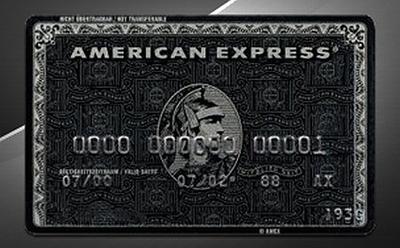 And you're trying to live in the rich people culture of skiing?  Good luck to you sir

nitsua
Posts: 4626 - Karma: 704
Karma: 704
Posts: 4626
No Life
and its been working just fine. cause i work for all the rich second homeowner fuckers who pay me to do there landscaping all so i can ski.

Bagels
Posts: 1022 - Karma: 1,304
Karma: 1,304
Posts: 1022
Insane
"Athletes from the nation's three biggest and most profitable leagues--the NBA, NFL and Major League Baseball--are suffering from a financial pandemic. Although salaries have risen steadily during the last three decades, reports from a host of sources (athletes, players' associations, agents and financial advisers) indicate that: By the time they have been retired for two years, 78% of former NFL players have gone bankrupt or are under financial stress because of joblessness or divorce. Within five years of retirement, an estimated 60% of former NBA players are broke. ... The closest analogue to a pro athlete isn't a white-collar executive. It's a lottery winner - often in his early twenties."
Fucking pathetic. period.
Sep 29 2010 3:09AM 0 0

ButtahMastah
Posts: 9667 - Karma: 1,520
Karma: 1,520
Posts: 9667
Crazy Fool
Well that could have easily paid for 4 years of college in my state, but if I had money to blow like that I would totally do the same thing. The only difference is I would take 52 strippers out to dinner.

Just doing some quick math and not doing time value, taxes, etc. I come up with his weekly salary being around $45,000. I have taken my entire extended family out before and dropped my weekly salary (very special occasions), so in that regard it is not that crazy. But how can you expect him to have any respect for money, he just won the lottery and with 0 financial skills he is going to blow it.

In my opinion sports are ruining America, At least everything above the D1 level. They encourage stupidity and the majority of professional athletes have the education level of 7th graders. Play pretty much any college sport and you get special treatment and your education suffers. Alumni invest in sports teams and not education. Our whole education system operates at a net loss just so the television networks can cash in. The old model use to be sports tickets and television fund education, now it funds more sports spending. Look at basketball, if a guy does anything but African American studies he is considered a Scholar. It is no longer about the game, it is an entertainment industry. There is really no difference between the NFL and the WWF. Some athletes forget that they are entertainers and do really stupid shit.

Let me ask you this, if you got that type of money dropped in your lap, and every guy around you was spending all he could, would you save it up and make sound intelligent investments?


I play fantasy football and will watch the playoffs in pretty much every sport so I can't really talk but it is out of hand.

btw i love all the kids on here saying how much they hate rich people or dumb bullshit like that because i KNOW there's a few of them that don't have to pay for college, only have to work a part time job and have successful parents. harden up you jealous pieces of shit. your lives are nothing to complain about. just being on a computer and being able to ski as a sport is a testament to that.
Sep 29 2010 12:15PM 0 0