KING OF STYLE SHOULD BE ABOUT STYLE 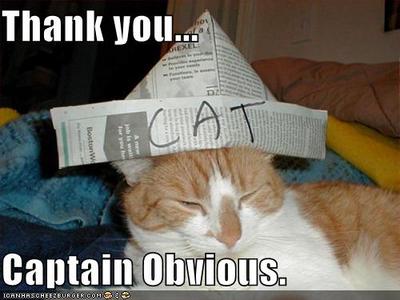 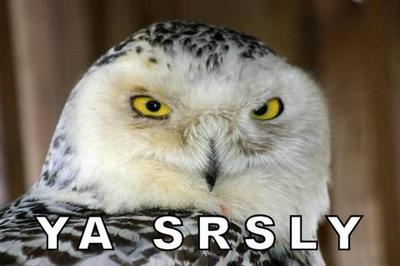 My prediction is that we'll be seeing more variation in the doubles as compared to last year: more switch doubles, kangs, new doubles, more stylish grabs etc but..... unfortunately in comps these days a double is what it takes to win

lanks
Posts: 12543 - Karma: 61
Karma: 61
Posts: 12543
Crazy Fool
yo, last years online voting was whaack. you can't call a competition king of style, and then qualify someone in through an extensive open online video comp because he brings a sketchy double around to 14 and barely lands it.
an extra 180 =/= king of style. its a cocktease of a comp if you ask me, by getting some of the steeziest entries, yet denying them in lieu of the latest schrab bro.
Sep 24 2010 4:39AM 0 0

Rockhound
Posts: 3430 - Karma: 812
Karma: 812
Posts: 3430
Addict
I agree with you for the most part, I do think that people who focus on style and originality should not be penalized. But on the otherhand you have people like Andreas and jossi that can do the most tech tricks, all while making them look super stylie. Simone who can make shit look easy, has a ton of style ie: candide or hornbeck
Sep 24 2010 4:48AM 0 0

day10
Posts: 11552 - Karma: 2,535
Karma: 2,535
Posts: 11552
Crazy Fool
i want comps where the number of times you can go upsidediwn is restricted. say, 5 times ber run on a slopestyle course with 4 jumps and a few rails. allows for people to either do a dub or two, but have to do straight spins on a cannon rail, or allow someone to get a really creative run while only going upsidedown once per hit. i justthink comps have gone too far to the tech side, and i care way more about style; i want to see guys like b-dog winning comps
Sep 24 2010 6:56AM 0 0

i thought it was funny last year or two years ago, i forget. but they had a contest where you had to do your best trick under 7, under 9, and then whatever. maybe it was KOS, i forget. but anyway, the usual guys, TW, lolo, richard permin, style guys basically landed all their 5's,7's, 9's stomped in a carve. meanwhile your freeskier mag advertisement types....you know who i mean. there's about 10 of them, couldn't stomp a 5 without landing in a switch wedge sort of thing to instant recovery then afterbang down the rest of the landing. hilarious.
Sep 24 2010 9:27AM 0 0

Comps are about be technical and somewhat stylish while having a flow throughout your run not being uber stylish, thats what movies and edits are for.

And if b-dog doesn't want to throw doubles he gonna need a damn good run til win. If not why should he win? Cause he is steeze? No someone who trained hard to win that comp by learning doubles, hard tricks and still having some style. This is probably why hornbeck doesn't compete a lot?

When will people see that if your a super steeze skier you don't need comps for people to notice you, all you need is a video camera.

FreeBallin
Posts: 1845 - Karma: 17
Karma: 17
Posts: 1845
Insane
unless you can actually do both tricks...i dont think any of us will know. dub 10's with certain grabs/double grabs could/should easily be just as hard/steezy...key word is "could" because i cant do either!

tride
Posts: 1038 - Karma: 17
Karma: 17
Posts: 1038
Insane
Are the tricks getting close to aerials? Sure they are, they always have been. D-spin 7 is just a "poorly executed" back full. Shit, aerial skiers were doing "double cork 14s" back in the 70s, when they first tried full-full and didn't know how to make it straight.
But that's a separate discussion. We were talking about the concept of placing restrictions on what people are allowed to do, and the point about aerials and moguls is that they are an example of contests that place restrictions on what people are allowed to do.
Sep 24 2010 5:24PM 0 0

lanks
Posts: 12543 - Karma: 61
Karma: 61
Posts: 12543
Crazy Fool
I agree with you in principle... however, this comp is called King of Style.
If it were to live up to it's billing, the format most certainly should be toyed with. As it stands it's laughable, especially given how it's marketed.
Maybe a number of mini-comps within the comp would be best, aka styliest straight air, best on axis spin, nicest double, etc.
I, like you, think that placing blanket restrictions on a contest brings us full circle back to the type of skiing that freeskiing branched off from in the first place. That type of governance is not welcome in the sport.
Sep 24 2010 6:29PM 0 0

VCharette
Posts: 4276 - Karma: 1,034
Karma: 1,034
Posts: 4276
No Life
That would be by far the most boring shit ever haha. We don't need to force people to do a certain number of flips and whatnot. One day the JUDGES will change and have a new view on the sport and decide that a more stylish run where you land deeper, spin smoother, have better grabs etc. will take over a spin to win. I think it's gonna happen soon. I can't wait for the end of dub cork frenzy and for everyone to start throwing different tricks again and adding different twists to them, that's gonna be ILL!
Sep 24 2010 7:02PM 0 0

thesheik
Posts: 1488 - Karma: 18
Karma: 18
Posts: 1488
Insane
i sort of agree with you, but think that the format that's popular now is leading/in danger of leading to boring, cookie cutter contests. wasn't there a big air or something where one run was nothing more than a 5, one run was based on overall merit with no restrictions? i'd like to see that tried, if only to break up the monotony/predictability of a come where everyone throws the same 2 dubs to win.
Sep 24 2010 7:05PM 0 0

wasatch_rat
Posts: 1698 - Karma: 2,156
Karma: 2,156
Posts: 1698
Insane
absolutely fucking not. that would make us soo much more like aerials than hucking dubs and triples ever would. think about it, in mogals and aerials, they have a pretty set number of tricks, and they are judged on how perfectly they perform them. i was at the water ramps last weekend, there was a mogal guy there working on his laid out backflip (which he had fucking perfect) for like an hour and a half. but he still kept wanting to get it better, because he kept saying how specific the judging criteria was and how he needed it to get better.
if we restricted guys from doing their best tricks, we would be the same way. "oh how perfect was this guys cork 7 blunt compared to that guys? whose was more stylie?" that would pretty much force people to do the same tricks, because its holding them back from doing their best ones. i get that people are sick of seeing dub 10s and 12s, but thats just where the sport is right now as far as it being the best comp trick. switch 10 used to be the same way, and people hated on it relentlessly.
soo if we want the sport to change, we should just wait for people to get better and to throw different tricks. holding them back doesn't make any sense at all to me. end rant
Sep 25 2010 4:51PM 0 0