Dinner for Shmucks vs The Other Guys

Goin out tonight, what should I see?

The other guys looks like one of Will Farrells flop movies, but I've heard good things. On the other hand, I'll watch anything with Carrell.

parkskier
Posts: 535 - Karma: 14
Karma: 14
Posts: 535
Ridiculous
Schmucks had me laughing basically the whole time, especially as it went on.  I haven't see the Other Guys.

DLAM
Posts: 341 - Karma: 38
Karma: 38
Posts: 341
Loner
dinner for shmucks was frustrating to the point that I was about to walk out. Really annoying, The other guys was hilarious

mavinnowhere
Posts: 331 - Karma: 30
Karma: 30
Posts: 331
Loner
I saw schmucks. It is very funny as a whole but not a movie to me that had very memorable jokes. I sat laughing the whole time but when I wanted to tell my friend about one of the funny parts I really couldn't remember anything. It is still funny but I don't know how it compares to the other guys.
Sep 4 2010 3:19PM 0 0

Cloud.
Posts: 1195 - Karma: 16
Karma: 16
Posts: 1195
Insane
I've been reading this and i think almost everyone says contradicting thing. Here is my little post
Other guys- Saw it. I am a huge will ferrell fan but this wasnt his best. i dont think i laughed once. which sucks. Super disappointing.
Schmuks- This is an america rip off a very popular french comedy that is hilarious. The best french movie i have ever seen. Now i dont know how i feel about an american version. I want to see it but i just dont think it will be nearly as good as the original.
If i had to choose though i would say go to schmucks. You never know, they could have done a good job.
this is a trailer or just some clips of the french version. Id recommend it.
http://www.allocine.fr/video/player_gen_cmedia=18781052&cfilm=16731.html
Sep 4 2010 4:11PM 0 0 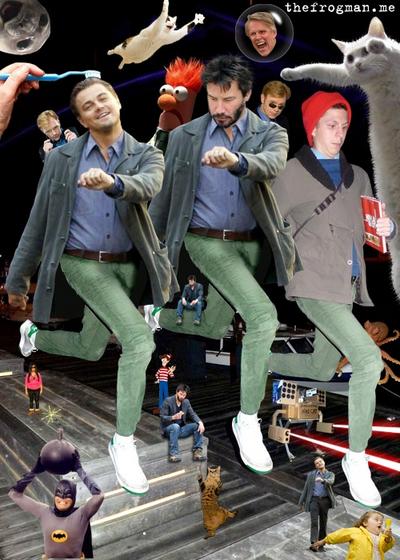 the other two movies suck