This kid is an idiot. 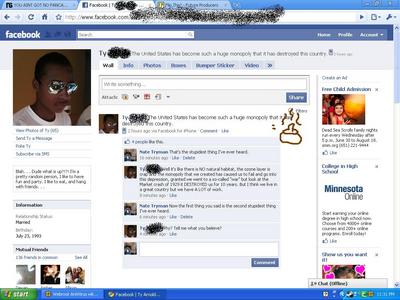 
this thread is now about snakes 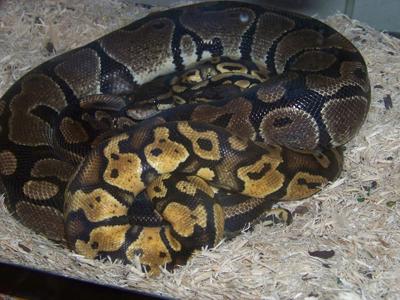 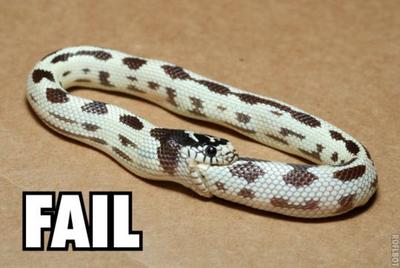 ECfreeski3
Posts: 12019 - Karma: 118
Karma: 118
Posts: 12019
Crazy Fool
my problems with that:
-that dude's a loser
- he doesnt explain his reasoning, just says that he and paul (whoever the fuck that may be) have allegedly explained it before), you just have to take his word for it. i dont even know the dude's name much less his credentials
-his analogy with the word lucid isnt very convincing (a lot of similar words change in different ways)
-language changes and evolves. if he doesnt believe that a word being in a modern dictionary makes it legit, id like to know what he thinks does (serious question, not being a dick)

cyberpolice
Posts: 212 - Karma: 16
Karma: 16
Posts: 212
Loner
simplest way to test if stupidest is a word? does it need a spell check no. stupidist does... my mac automatically changes stupidist to stupidest. case closed your retarded thanks for playing.
Jun 30 2010 1:40PM 0 0

Thenowhereman42
Posts: 5682 - Karma: 50
Karma: 50
Posts: 5682
No Life
It actually is arguable that the US operates as a monopoly. The main reason for poverty and depression in 3rd world countries that are rich in natural resources and fully capable of supporting themselves is that they develop a reliance on American companies to provide them with luxury goods that they don't really need, and they trade the minerals that their country has been blessed with in order for the rich of the country to be able to afford these luxuries. As a result, prices of everything else are driven up until even necessities like food and water become unaffordable to the average person. By cornering these markets and being virtually the only producers of these luxury items, in a way America has acted like a monopoly around the world, where countries are forced to do business with us because no one else makes, lets say, Coca-Cola for example.
That kid is an idiot though so he would never be able to figure that out.
Jun 30 2010 2:35PM 0 0

Nathn
Posts: 2408 - Karma: 63
Karma: 63
Posts: 2408
Addict
He meant to say America was a monopoly not American companies. He had no idea what he was talking about.
If America were a monopoly, the government themselves would own mostly everything which would be socialism/communism, and he's a super Obama nut-hugger so he's not babbling on how he thinks Obama's a socialist like other people. The kids a super fuck-tard.
Jun 30 2010 2:40PM 0 0